A clip from the viral video of a shark-dragging that occurred in waters offshore of Manatee County in the Gulf of Mexico. 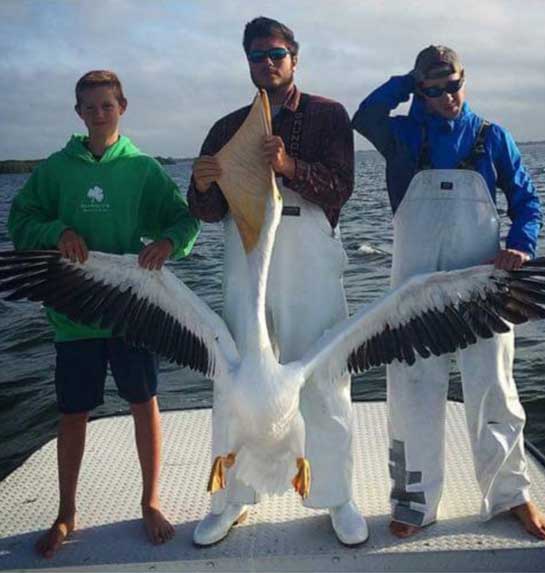 Online posts indicate Michael Wenzel, center, holding a white pelican’s bill, is one of the men in the shark-dragging video that went viral the week of July. Islander Courtesy Photo 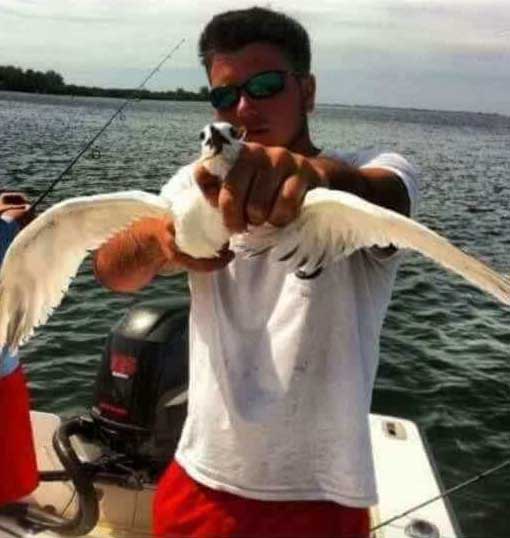 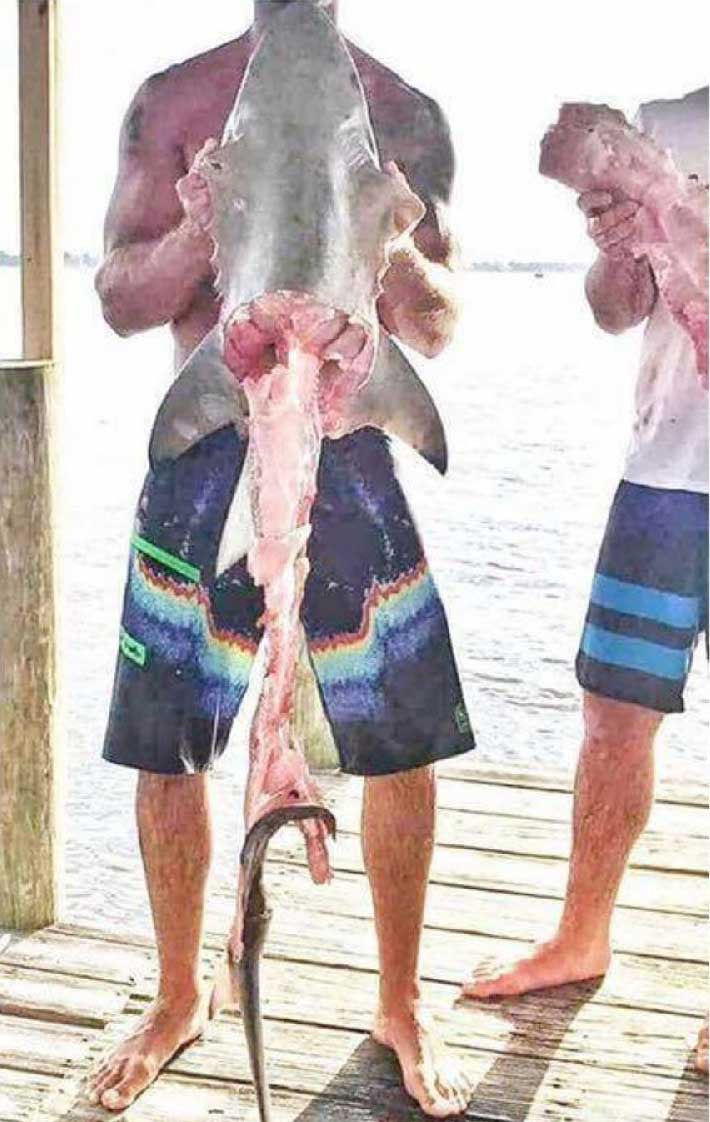 “It’s cruelty to animals. These guys are bad guys.”

Capt. Warren Girle, a professional fishing guide and operator of Bradenton Beach Fishing Charters, summed up the outrage in the recreational fishing world about the shark dragging video that went viral the week of July 24.

Girle also condemned their abuse to the ecosystem — saying responsible fishers practice catch and release and only take the fish they will eat.

“They’re abusing our natural resources,” he added. “I hope FWC will do something. They need to send a message.”

A video first sent to authorities by “Mark the Shark” Quartiano of Miami, apparently provided by one of the men in the video bragging about his shark exploits, unleashed a flood of videos and Instagram photos showing similar abuse.

The video went viral, quickly appearing on news websites around the world — from the Guardian to the New York Post.

The sons of prominent Manatee County citizens, including a county commissioner and a personal injury attorney, the video shows three men being recorded by a fourth person in a speeding boat, dragging a thrashing shark in the wake.

They are alleged to be Manatee residents Bo Benac, Burns Easterling, Spencer Heinz and Michael Wenzel.

The men were named along with a photo of two men pouring a beer in the mouth of a goliath grouper that also was widely shared on social media.

They are shown and heard laughing, as one of the men points to the shark and says, “Look, it’s already almost dead.”

Gov. Rick Scott condemned the incident in a July 28 letter to FWC Chairman Brian Yablonski, saying the “brutality and disrespect shown to this animal” was “sickening” and “I am sure you share my outrage over these individuals’ heinous actions.”

Yablonski responded: “I, my fellow commissioners, the men and women of the FWC, who are dedicated to conserving Florida’s precious natural resources for future generations, could not agree more with Gov. Scott’s powerful words.”

Rob Klepper, FWC public information coordinator said July 28 the investigation was continuing, and called it “disheartening and disturbing, not representing conservation-minded anglers around the world.”

And it’s not just one video.

Thousands of people have posted videos and commented on social media about the men who are accused of abusive acts.

The videos show some of the men shooting fish with handguns and flare guns, pouring beer into the gills of a goliath grouper and the mouth of a hammerhead shark, harassing a manatee by putting a water hose into its mouth, pulling the wings of a white pelican, holding a dead dog while claiming to use it for shark bait and other abuse.

Staci-lee Sherwood, an activist from Broward County, said she’s appalled at the pattern of abuse, how the men flaunt it publicly and have been able to get away with it.

The U.S. Fish and Wildlife Service previously investigated the video of Wenzel pouring beer into the gills of a hammerhead. It closed the case in January without charges, according to Klepper.

USFWS officials did not respond to July 28 requests for comment.

“We are obviously horrified by the video itself. I’m a fisherman as well and I think it’s deplorable.”

Van Sickle said he expects to decide on “a direction” by mid-August.

“Trust me when I say we have more than enough people sending tapes in” after the video from “Mark The Shark” from Miami.

“We’re working with a team of investigators,” Klepper said.

“We’re in the process of determining the violations that may or may not have occurred,” he added.

FWC investigators have identified the men in the video but have not released their names — however, some media are listing the names of the alleged abusers.

One of the accused men grew up on Anna Maria Island.

The latest incident is remincient of other wildlife outrages on Anna Maria, which ended without FWC charges.

In June 2015, according to witness reports, a couple in an all-terrain vehicle laughed as they ran over black simmer chicks in Bradenton Beach and staked loggerhead nests in Holmes Beach.

An FWC investigation announced there was “a person of interest” in August 2015, but never named a suspect, and closed the investigation without charges in October 2015.

Wildlife Inc. owner Ed Straight of Bradenton Beach pointed to the lack of respect some people show to wildlife and the difficulty FWC has in bringing charges.

He recalled an FWC investigation in February 2010 when a great blue heron’s nest was knocked down from pine trees at the Kingfish Boat Ramp in Holmes Beach. Two of three chicks in the nest died, he said.

Straight said a contractor for a county seawall project at the boat ramp took down the trees at night and no charges were ever filed.

Van Sickle is confident the shark-abuse case is different.

“It’s different because we’ve known who these people are from the get go;” he added.

Attorney for the men, Jon Weiffenbach Jr. of Weiffenbach & Reinhart of Bradenton, wrote in a July 28 email that he’s a friend of the families, “merely trying to keep the families informed of its progress.”

An apology from one of the alleged perpetrators has circulated in social media.

However, Weiffenbach did not immediately respond to an emailed request asking if any of the men have apologized.