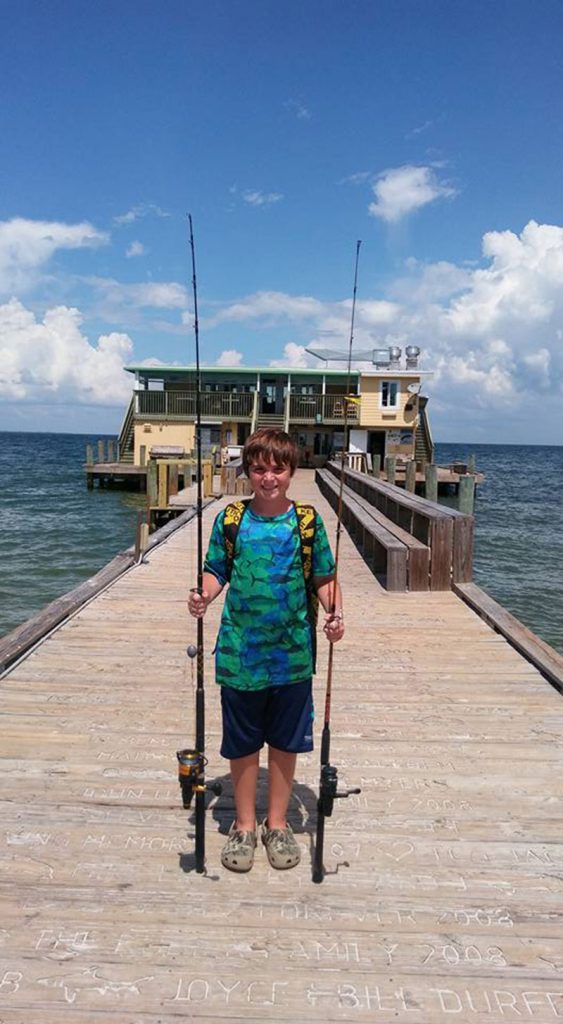 Max Higgins, 11, of Anna Maria, is pictured in September 2017 carrying his fishing gear to the Rod & Reel Pier in Anna Maria. Max spotted a cold-stunned green sea turtle struggling in the rocks near the pier Jan. 19 and quickly acted to save the turtle. Islander Photo: Courtesy Laurie Jo “Mom” Higgins 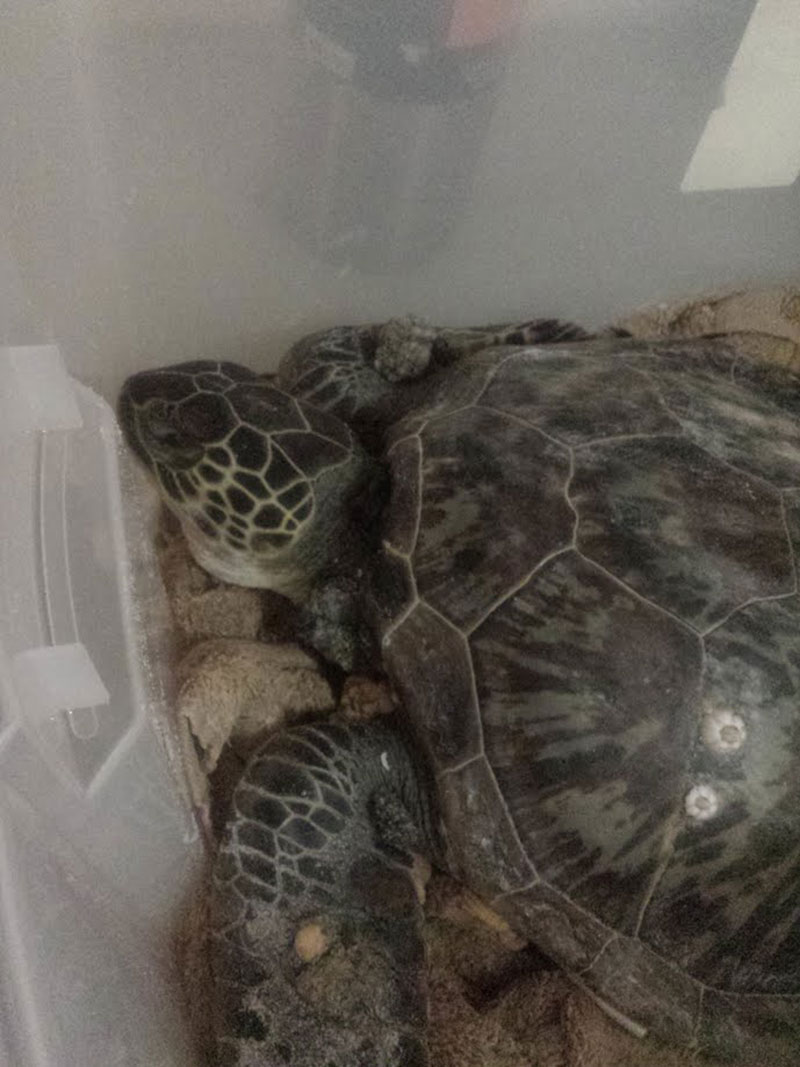 A juvenile green sea turtle is prepped for transport Jan. 20 to Mote Marine Laboratory in Sarasota for rehabilitation. The turtle was discovered in trouble from the recent drop in water temperature in the rocks on the shoreline near the Rod & Reel Pier in Anna Maria. Islander Photo: Courtesy AMITW

It pays to pay attention in school.

Max Higgins, 11, of Anna Maria, a fifth-grader at Anna Maria Elementary School, applied knowledge learned from educational talks at his school when he discovered a green sea turtle in trouble Jan. 19 in the rocks on the shoreline near the Rod & Reel Pier in Anna Maria.

According to his mother, Laurie Jo Higgins, Max was fishing at dusk near the rocks when she came to pick him up. He told her he’d found a turtle in the rocks and took her to the spot.

“Max knew not to touch it and that we were supposed to call the Florida Fish and Wildlife Conservation Commission hotline for help,” Higgins said, referring to federal regulations that prohibit handling the endangered species. “He said he knew what to do because he’d learned from Turtle Watch talks at his school.”

Fox identified the juvenile green sea turtle and confirmed it was suffering the effects of a rapid drop in water temperature, known as “cold-stunning.”

According to Fox, the turtle had some tumors, but its eyes were clear, an indicator it could survive.

Fox, whose FWC permit allows her to handle sea turtles, kept the turtle overnight and AMITW volunteer Dave Ault transported it Jan. 20 to Mote Marine Laboratory in Sarasota for rehabilitation.

“With the weather change, we knew we would see some small greens like this,” Fox said Jan 20. “The important thing is if you see a turtle bobbing in the surf, or washed ashore, let us know.”

Fox said she couldn’t be more pleased than to learn of Max’s response to the emergency.

“This is the goal — to educate our children to become our conservationists,” Fox said. “We are meeting the goal and coming full circle.”