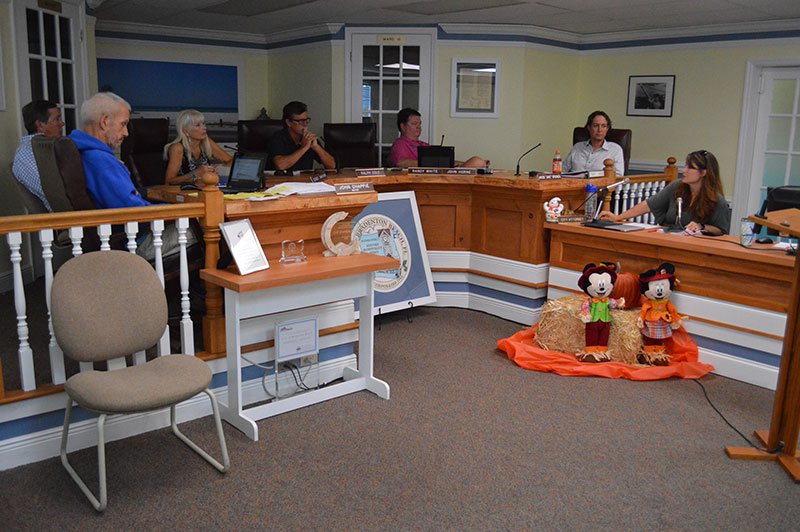 The time has come to fish or cut bait.

The Bradenton Beach Community Redevelopment Agency met Oct. 18 to discuss the fate of the long-awaited floating dock at the Historic Bridge Street Pier.

In a series of motions approved 6-0, the board opted to notice contractor Technomarine it is in breach of contract and move forward with a new plan.

Technomarine was contracted by the CRA in April 2017 to build and install the dock, but the project has been met with a series of delays and stalemates by Technomarine since the contract was initiated.

The dock ramps were manufactured and shipped from Spain in August and transported to a laydown yard in Tampa, according to an Oct. 3 email to the city from Erik Sanderson, Technomarine CEO.

However, since no address for the laydown yard was provided, the city has been unable to confirm the ramps are in Tampa.

According to the latest of many washed out schedules from Technomarine, the completed dock should have been inspected Oct. 4, but the most recent communication regarding the dock installation was the Oct. 3 email from Sanderson.

Additionally, Technomarine failed to follow through with the building department and ignored the permit application needed to install the dock.

At the Oct. 18 CRA meeting, city attorney Ricinda Perry said she was advised of a $1 million judgment that remains uncollected against Technomarine by another entity.

Additionally, she said another city has sued Technomarine, although that city has not received a judgment. And, with the money Technomarine owes the other entity, the likelihood of the other city collecting on its judgment, if awarded, is slim.

Perry recommended “a settlement option outside of litigation if at all possible.”

She said Technomarine defrauded taxpayers by not following through with the contract and their actions could be considered “civil theft.”

She said she reached out to the Florida Office of the Attorney General, which indicated an interest in the matter and advised Perry to put together a report.

Perry recommended the board authorize her to write a letter to Technomarine stating the company is in breach of contract, and the board is willing to discuss an “amicable solution” and have the dock components moved from storage in Tampa to Bradenton Beach. Otherwise, the city could litigate.

John Horne, owner of the Anna Maria Oyster Bar on the pier and a CRA member, asked if the city would be required to initiate a new request for purchase if it hired a new dock contractor.

Perry said if the city could take possession of the dock materials, the project could be completed under the current RFP.

She suggested going out for bids for a new installer while attempting to get the materials from Technomarine.

Tom Woodard, public works director, said when discussions about the floating dock began two years ago, he supported a fixed dock, and the CRA might want to reconsider that option.

He said the floating dock previously installed at the pier was “nothing but problems” and a fixed dock would be less expensive and easier to maintain.

He also said part of the appeal of Technomarine was its 15-year warranty but he now doubts the warranty would be honored.

A motion was made for Perry to notice Technomarine that it is in breach of contract with an offer to amicably resolve the issue within 10 days. Failure to do so would result in an additional 20 days to cure the breach but, beyond the deadline, the city could litigate. The motion passed 6-0.

Another motion authorizing Perry to negotiate with Technomarine for the dock materials passed 6-0.

Additionally, a motion for Perry to partner with the city that is in litigation with Technomarine to reach out to the state attorney general passed 6-0.

Commissioner Jake Spooner said Ronautica Quality Marinas, the company that manufactured the dock components for Technomarine, informed him Technomarine has made no payments to them.

Mayor John Chappie, CRA member, made a motion for the CRA to negotiate with Ronautica if they obtain possession of the dock components. The motion passed 6-0.

A final motion to issue an RFP for a fixed dock passed 6-0.

The next Bradenton Beach Community Redevelopment meeting will be at 9:30 a.m. Wednesday, Nov. 7, at city hall, 107 Gulf Drive N.