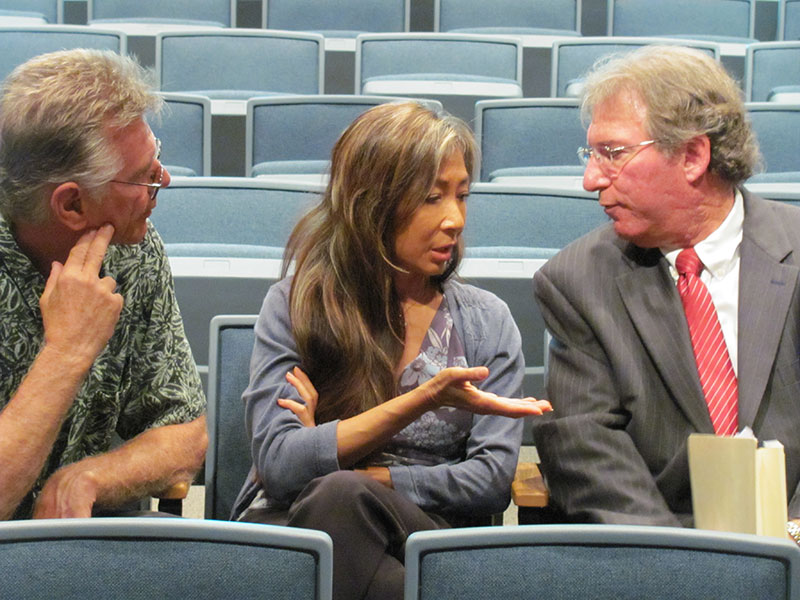 The wheels of justice turn slowly.

In fact, the case of the beachfront treehouse — built without permits — has been nagging the city of Holmes Beach since 2011, and has been wending through the courts more than five years.

Next up is a 3 p.m. Tuesday, Dec. 4, hearing on a default motion in 12th Circuit Court filed by Jim Dye, attorney for the city of Holmes Beach.

The city is looking to enforce a special magistrate decision ordering owners Richard Hazen and Lynn Tran of Holmes Beach to remove the treehouse and pay more than $59,000 in fines.

Hazen and Tran built the beachfront treehouse on the beachfront property at their home, which includes four vacation rental units, at 2818 Avenue E, in a towering Australian pine in 2011 without city building permits or state environmental permits.

An anonymous tip that year led the city to open a code enforcement case, which remains open, and to refer the matter to the Florida Department of Environmental Protection.

The DEP’s review ended after the city refused to waive its objections to a violation of its 50-foot setback.

Since 2013, the city and owners have battled in court about the fate of the treehouse, taking four cases to the mat.

The owners, with attorney David Levin of Icard Merrill of Sarasota, have thus far lost their bid for relief in court each step of the way.

Tran and Hazen appealed a 2013 code enforcement decision to the 12th Circuit and, in a written opinion in by Judge Janette Dunnigan, lost arguments challenging the constitutionality of city setbacks and blaming the city for luring the owners with bad advice, which they claim led them to construct the treehouse without permits.

The owners and Levin next took the case to the 2nd District Court of Appeal, which declined to hear it despite repeated pleas.

The owners also fought over their petition to place the question of grandfathering the treehouse on a city ballot and took that case to the appellate court, which declined to hear the owners’ plea.

They took that case a step further with an end run to the U.S. Supreme Court, which also declined to hear the case.

Their third case is a constitutional challenge of the setbacks, which Dye has called “another bite of the apple” — a second go at an argument previously lost by the owners.

And the newest case, filed by the city in February, seeks the court’s assistance in enforcing a May 4, 2016, city order setting $50 daily fines since July 22, 2015, and confirming the 2013 code decision that required their compliance with the city’s land-development code, including the removal of the treehouse removal.

In this case, Dye’s motion states the owners failed to properly respond to the city’s complaint, which was served in March. It also alleges the owners’ motion to abate — a claim challenging the constitutionality of the setback — is an insufficient response.

The magistrate-ordered daily fees have accrued to more than $59,500.

Tran estimates the treehouse cost $28,000 to build, but says other costs, such as surveys and engineering, have pushed the treehouse expenses as high as $50,000.

She markets treehouse photos and other items and accepts donations for the legal battle on the Internet.