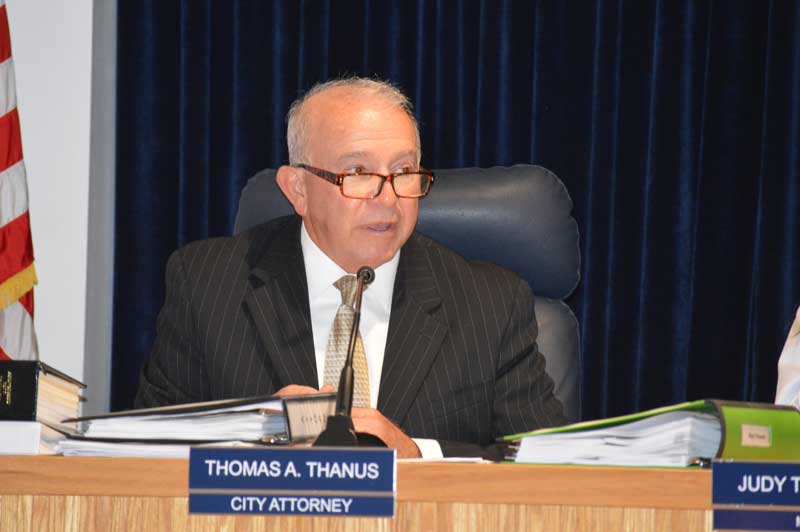 The contracts have been clarified and Holmes Beach is cruising toward a license-plate reader system.

The city commission Jan. 8 authorized Mayor Judy Titsworth to execute an agreement for reader equipment from contractor Vetted Security Solutions of St. Petersburg and a second agreement for software with Vigilant Solutions of Livermore, California.

In November 2018, the commission approved the system, not to exceed $105,240, but questions remained regarding the contracts with the two companies and the cost. So the contracts were reconsidered Jan. 8.

Attorney Thomas Thanus, filling in for city attorney Patricia Petruff, clarified the difference between the Vetted and Vigilant contracts.

He said Vigilant is the software creator and provides support for the system and it works closely with Vetted, which provides hardware and installation.

The city will pay Vetted $105,240 upon completion of the project. There is no payment the first year to Vigilant — it is included in the Vetted fee, according to Thanus.

Upon the second year of operation, the city will pay Vigilant an annual licensing fee of about $2,625 each year, which includes $525 for five cameras.

The attorney said the contract could be terminated at any time and that it is a sole-source contract, piggybacked on the Longboat Key and Manatee County, which operate the same system.

“It’s very important for the police department to be able to communicate and share information with those other law enforcement agencies,” Thanus said.

Commission Chair Jim Kihm realized some attachments were mixed-up in the copy provided to commissioners, so he asked for a clean copy of the updated contracts with clarifications between the responsibilities and costs for both companies.

The mayor and commissioners moved the vote to the end of the meeting to allow time to read the updated contracts.

Thanus said the software fee with Vetted could increase each year, but annually caps at 4 percent.

Commissioner Kim Rash said he’d like Vigilant to provide a five-year spreadsheet detailing what the increases in cost are each year.

“”I’d like to see that so we know what kind of money we are going to be spending,” he said.

Thanus said the annual increase would be about $110 at most and, in a previous conversation, Police Chief Bill Tokajer said he would include the increase in future budget requests.

At the end of the meeting, the updated contract was distributed to the mayor and commissioners, and a vote was taken.

A motion for the mayor to execute the contracts with Vetted and Vigilant passed 4-1, with Rash voting “nay.”

The next city commission meeting will be at 6 p.m. Tuesday, Jan. 22, at city hall, 5801 Marina Drive, to be followed by a work session.