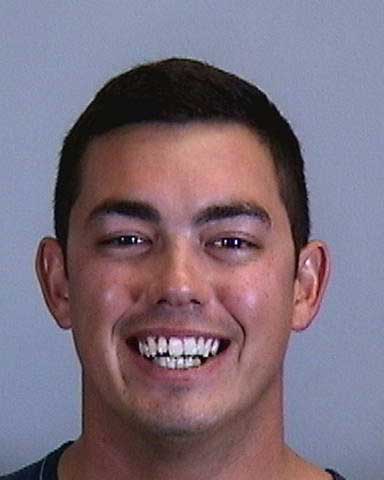 Turning east onto Manatee Avenue from Gulf Drive, a man weaved into a cement curb and was arrested for
impaired driving.

Holmes Beach police stopped Brannock in a 2016 Toyota Tundra in the 700 block of Manatee Avenue.

According to the report, Brannock denied driving the vehicle, and the report noted the motorist’s answers were sarcastic.

He also told officers he had nothing to drink, but changed his story several times to consuming one beer, two beers and six beers, the report stated.

The officer noted the odor of marijuana after approaching Brannock and, in a search of the vehicle, found open beer cans and 2.7 grams of marijuana in the center console. Police also ticketed the motorist for violating the open container law.

Brannock was taken into custody and transported to the Manatee County jail.