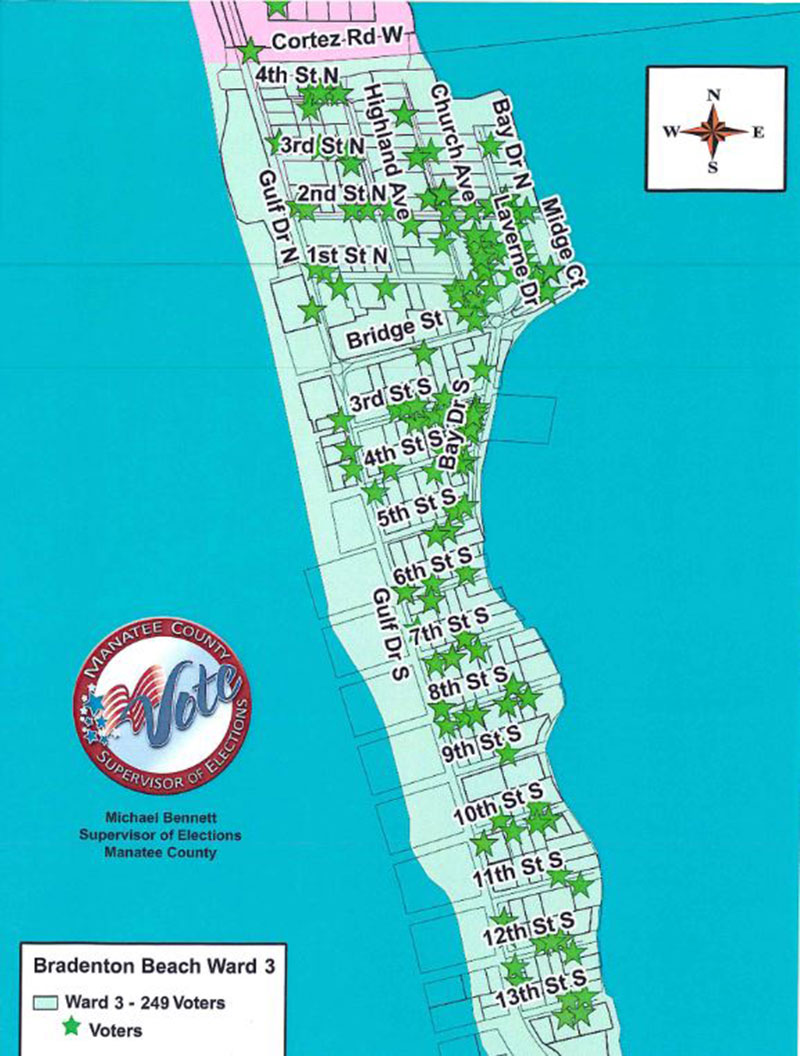 Ward 3 in Bradenton Beach, the most populated voting district with 249 registered voters, is bordered by Cortez Road and the southern city limits. 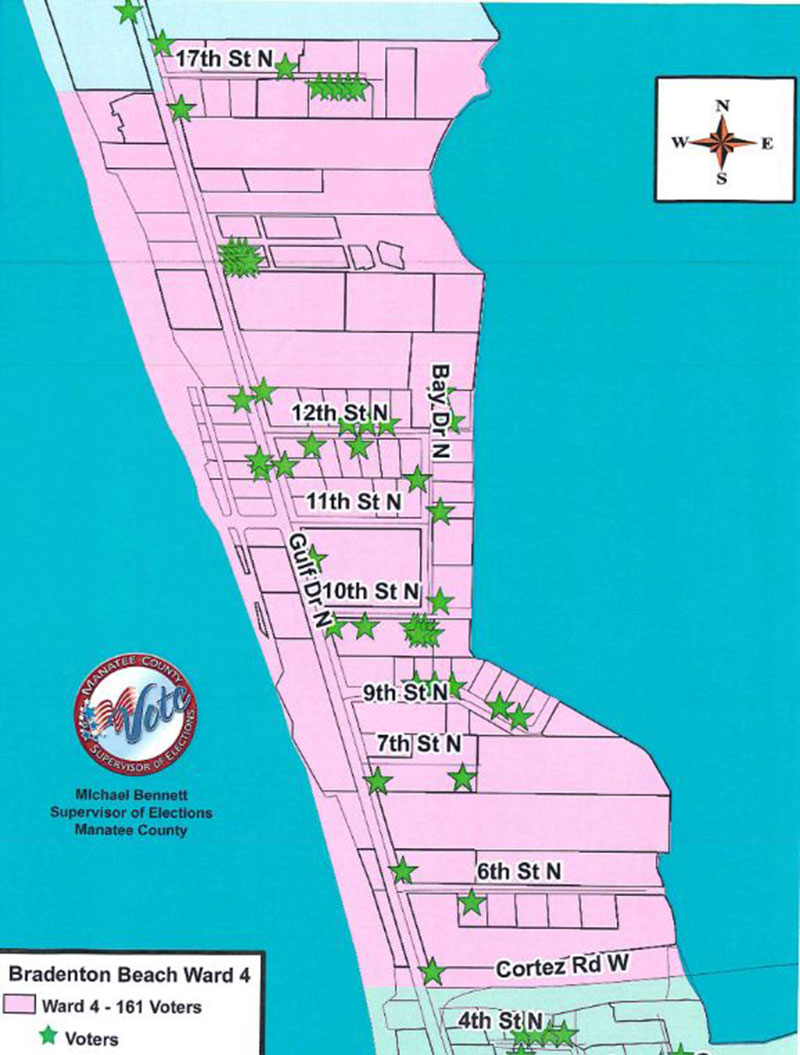 The city of Bradenton Beach is divided again into four wards.

City commissioners, meeting March 21, voted 5-0 to reinstate four wards based on voter numbers and neighborhoods recommended and approved by the Manatee County Supervisor of Elections Office and revised by the commission.

A charter amendment approved by voters last November called for an ordinance establishing four wards “equal in population and that maintains the integrity of neighborhoods and communities of interest.”

Such voting districts, established in the city in 1976 and based on population, were eliminated with a charter amendment in 2017. Bradenton Beach charter review committee members, under city attorney Ricinda Perry’s direction, recommended reinstating wards in 2018.

Perry said the commission’s revision of the SOE’s proposed ward maps evened out the populations of the four voting districts, but noted that the fourth ward was the largest.

Ward 2 is bordered by the southern border of Ward 1, Sarasota Bay, the Gulf of Mexico and ends at the southern property line of Runaway Bay Condominium Associates and the Lacosta Condominiums Associates near 17th Street North. The voting district contains 211 registered voters, instead of the 169 in the SOE’s map.

White’s term ends in 2019, but he resides in what was the SOE’s recommended Ward 4, which would have prevented him from running for re-election until 2020.

Ward 3, a revised version of the SOE’s proposed Ward 4, contains 249 voters, 66 more than the 183 voters in the SOE’s map. The voting district contains the whole of the community redevelopment agency district, and is bordered by Cortez Road, Sarasota Bay, the Gulf of Mexico and the southern city limits.

Ward 4 is bordered by the southern border of Ward 2, Sarasota Bay, the Gulf of Mexico and Cortez Road. The ward has 161 registered voters, 51 less than the 212 in the SOE’s district.