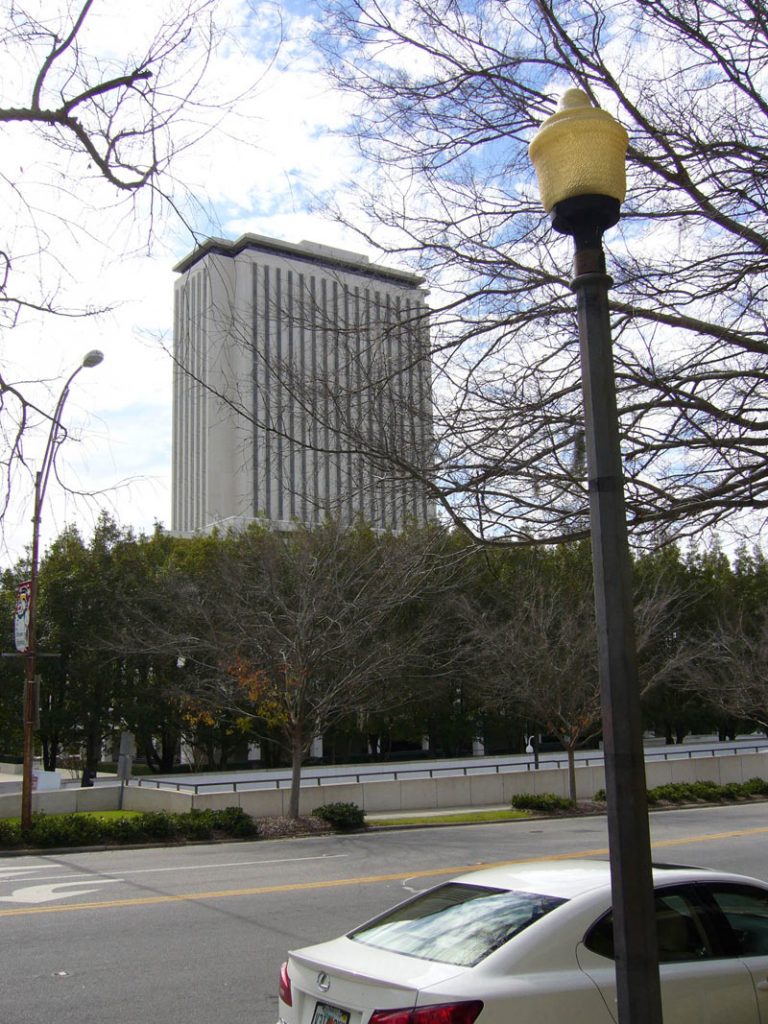 The Florida Capitol Complex in Tallahassee. Anna Maria, Bradenton Beach and Holmes Beach hired lobbyists to protect their home-rule authority and officials expect to have to do the same in 2020. Islander File Photo: Bonner Joy

You could call it a dud.

Anna Maria Island officials breathed a collective sigh of relief with the end of the 2019 Florida legislative session.

Each of the three island cities lobbied to oppose two sets of bills seen as threats to home rule, including Senate Bill 824 and House Bill 987, as well as House Bill 1383 and Senate Bill 1720. The four bills failed by the time session ended May 4.

And Anna Maria and Bradenton Beach could receive funding from the state, if the cities’ requested budget items are signed by the governor.

Anna Maria requested $285,000 from the state toward the construction of the Anna Maria City Pier. Carter said the city requested funding to help make up for money promised but not delivered by the Federal Emergency Management Agency.

The city requested $1,829,903 from FEMA under the Robert T. Stafford Disaster Relief and Emergency Assistance Act for the new pier, but city commissioners voted in August 2018 to accept a $1,372,427.50 offer from FEMA.

The act provides a means for municipalities to request federal natural disaster assistance, including money for the repair, restoration or replacement of damaged facilities.

Anna Maria’s request was pending the governor’s approval as of May 9.

HB 987 would have revised application requirements for vacation rental licensure, as well as require the Florida Division of Hotels and Restaurants of the Department of Business and Professional Regulation to post license information on its website.

Following approval from several subcommittees, the bill was placed on the calendar for consideration April 17, but died for lack of action May 3.

HB 987’s companion bill, SB 824, was filed by state Sen. Manny Diaz, R-Haileah, and referred to the Committee of Innovation, Industry and Technology in February, but was not considered during the committee’s March 26 meeting.

Diaz’ measure would have required vacation rental owners to apply for licensing through the Florida Department of Business and Professional Regulation Division of Hotels and Restaurants.

The bill died May 3 after its committee failed to consider the legislation at meetings March 26 and April 10.

“We’re lucky, but the Florida League of Cities people tell us that anti-home rule bills will be brought forward again in 2020, and we need to go on the offense, even early on, before the session starts,” Carter said. “So, we’re trying to come up with some strategies to be offensive players.

The other set of bills each of the island cities lobbied to oppose included HB 1383, which was filed by Grant and would have amended the Bert J. Harris Private

Property Rights Protection Act, which allows demands for compensation due to government regulations that diminish the value of private property.

HB 1383 would have required across the board application of any settlement reached on a Bert Harris claim that involves the issuance of a variance or exception to a regulation to all “similarly situated residential properties.”

However, “similarly situated” was not defined in the bill, which appeared to be granting the exception as the norm.

The bill also would have reduced the period for a government entity to respond to Bert Harris claims from 150 days to 90 days.

HB 1383 was placed on the calendar for consideration after passing through the Judiciary Committee April 16 on a 15-3 vote, but no further action was taken and it died May 3.

Its companion bill, SB 1720, which was filed by state Sen. Tom Lee, R-Thonotosassa, was referred to the Judiciary and Community Affairs committees, but was not considered for a vote at meetings April 1 and April 8, and died May 3.

“The fact that these bills were not passed is very good for the citizens of island cities like ours that are caught in a constant struggle for home rule,” Holmes Beach Commission Chair Jim Kihm said May 9. “We are the ones that deal with this every day and know what is best for our cities, not the legislators.”