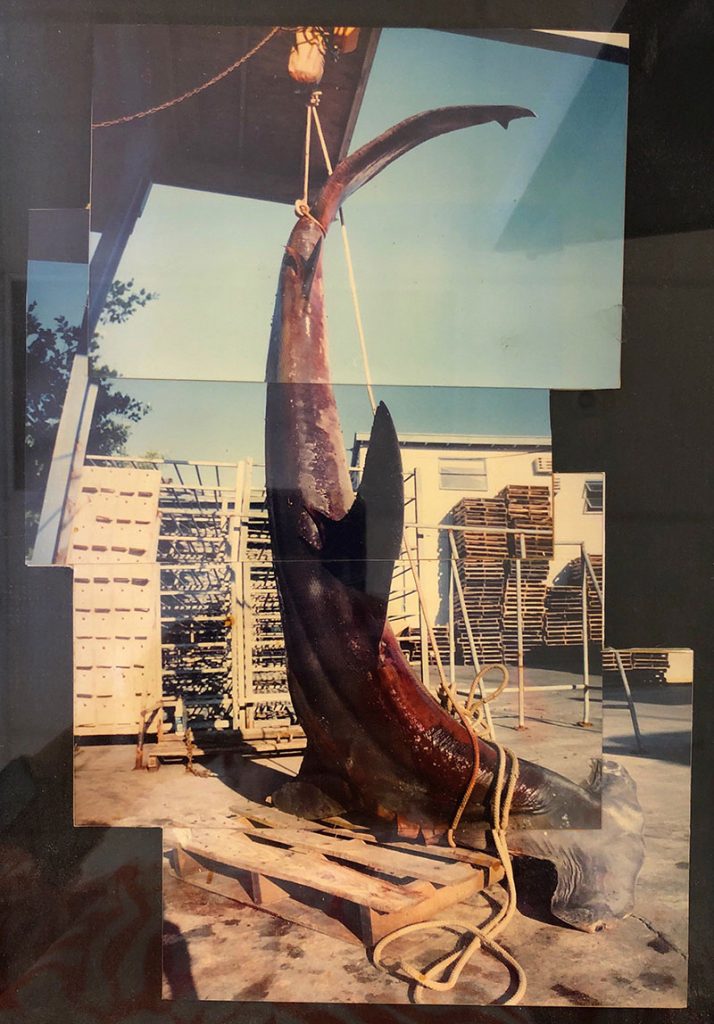 A photo collage of an 11- to 12-foot hammerhead hark at the dock in Cortez. The shark was found in a net under the catch of bait, where it was unintentionally entangled and died. Islander Graphic: Bonner Joy 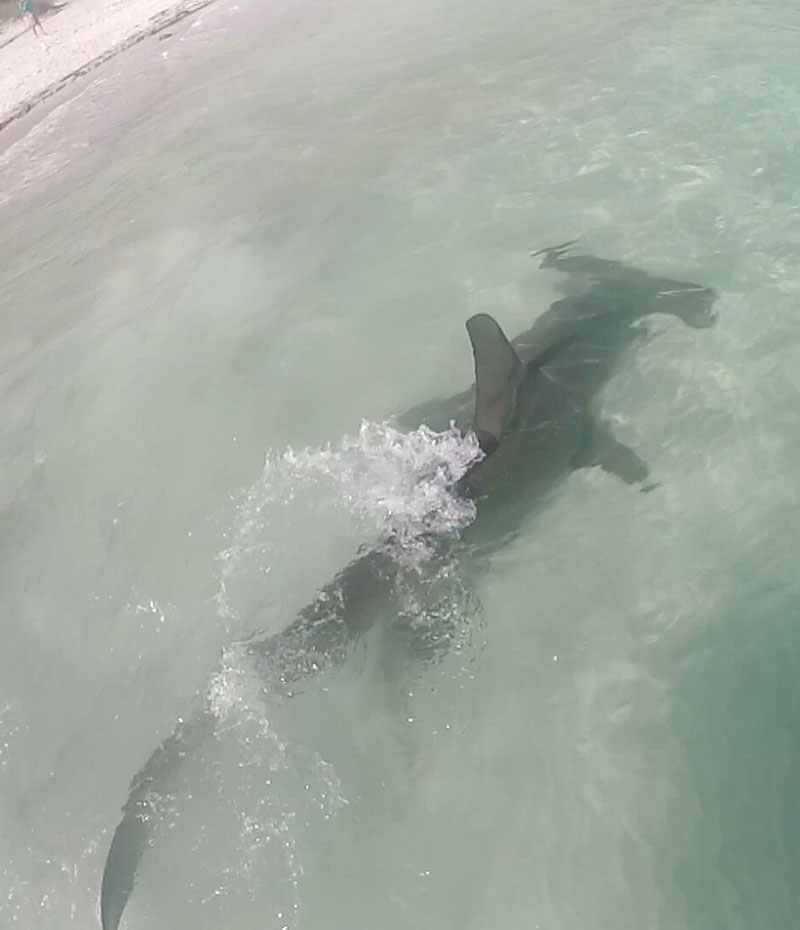 A hammerhead shark skims the shore at Bean Point in Anna Maria. Capt. Aaron Lowman caught the photo in 2016 while tarpon fishing.

They look prehistoric, with oddly shaped heads and protruding eyes.

They are hammerhead sharks.

As islanders settle into hot summer days on the coast of Florida, so do hammerhead sharks.

The warm coastal waters of Anna Maria Island and South Florida serve as nurseries for the sharks, which generally arrive around March and move on by July.

Locally, the sharks feast on tarpon and stingrays.

Memorial Day weekend, one hammerhead — estimated at more than 10 feet long — swam around a boat about 100 yards off the beach of Anna Maria Island.

Corrine Lough and her family had stopped the boat and were contemplating a swim in the shallow water off Bean Point on the north end of Anna Maria Island when she saw the hammerhead.

The family filmed and then posted a video of the encounter. A social media frenzy ensued.

Also, May 28, 27 miles to the south at Nokomis, lifeguards cleared the water for an hour after a hammerhead came close to the shoreline in the swim zone.

The following day, a group of boaters with the Pasco County Sheriff’s Office spotted a hammerhead off Anclote Key near Tarpon Springs. Again the shark was seen in shallow water.

Last year, a father and son filmed a hammerhead trolling the beach near Bayfront Park in Anna Maria.

According to the International Shark Attack File, a global database, 17 people have been subject to unprovoked attacks by hammerheads in the genus Sphyrna, the type found along coastal waters, since 1580.

No human fatalities have ever been recorded from hammerhead bites according to the file, the world’s only scientifically documented, comprehensive database of all known shark attacks.

Robert Hueter, director of the Center for Shark Research at Mote Marine Laboratory in Sarasota, suggested people remember one rule: Don’t get between a shark — or any predator for that matter — and its food.

Some additional rules to stay safe:

Hammerheads sometimes congregate by the hundreds but tend to hunt solitarily.

Today’s odd-looking model of the hammerhead had an ancestor that likely appeared some 20 million years ago, according to livescience.com, a science news website.

So if you see one swimming off Anna Maria Island this summer, remember the hammerheads were here first.

And enjoy the show.