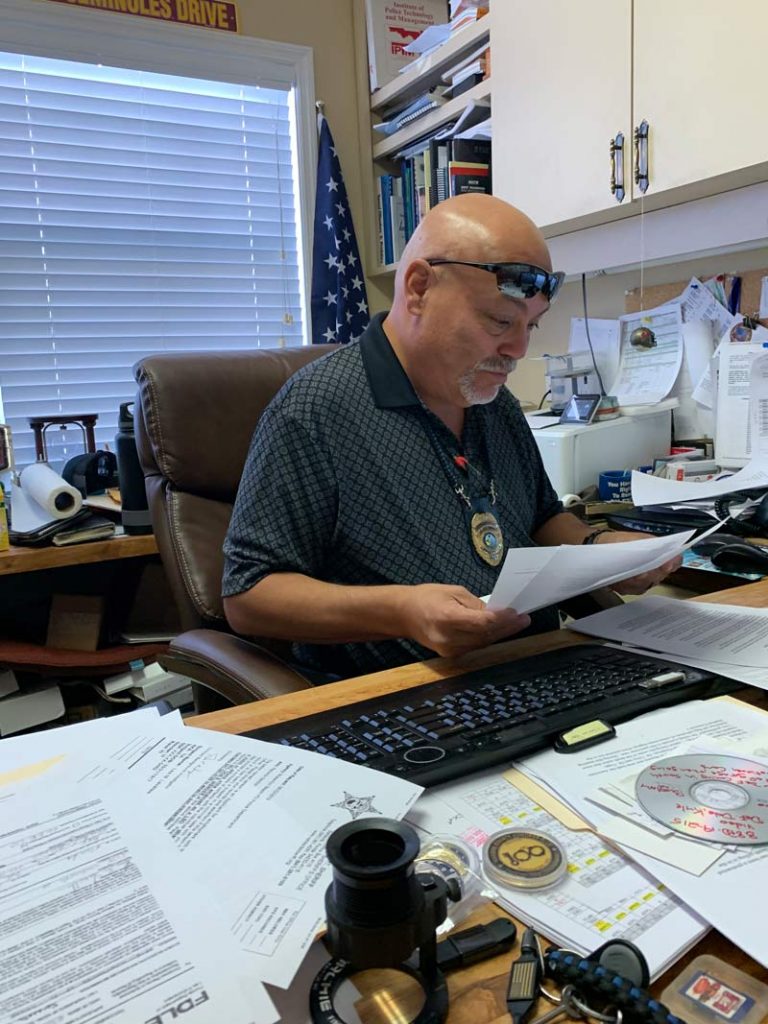 Bradenton Beach Detective Sgt. Lenard Diaz reviews reports Aug. 22 in his office about the 2009 death of Sheena Morris in a motel room in the city. Islander Photo: Kathy Prucnell 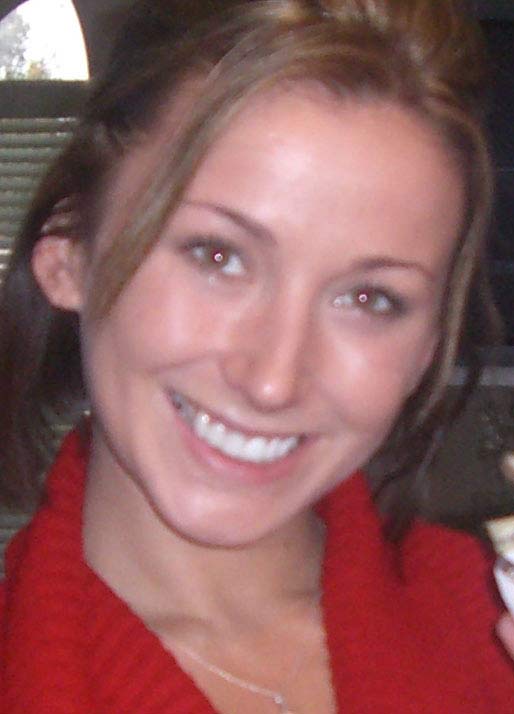 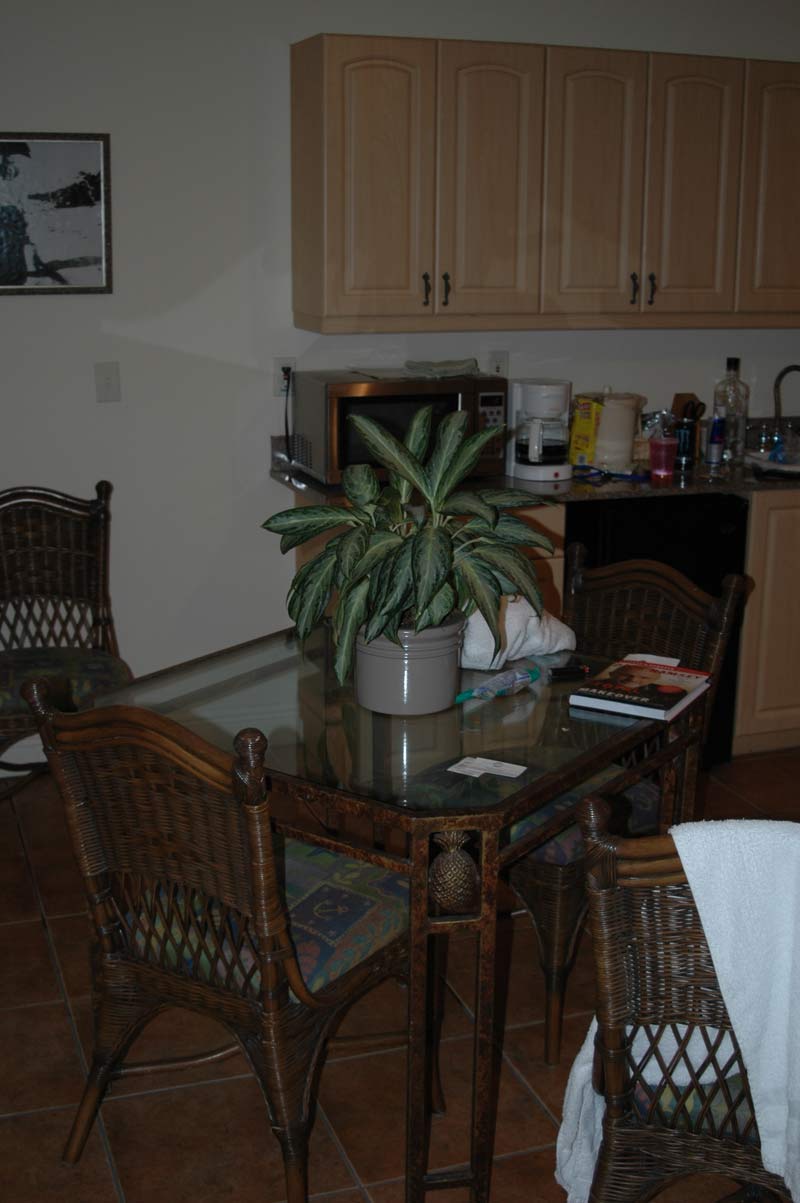 The room rented by Sheena Morris and Joe Genoese at the BridgeWalk motel in Bradenton Beach. Islander Courtesy Photo

Instead, the Tampa woman’s death at age 22 in a motel room has left her mother, Kelly Osborn, still searching for answers and law enforcement with another possible review.

However, the police investigation will remain closed, at least for now.

BBPD Detective Sgt. Lenard Diaz said Aug. 22 he would reopen the investigation only if “a good confession or a video of the crime” came to light.

Bradenton Beach police found Morris dead Jan. 1, 2009, hanging from a dog leash in a shower at the BridgeWalk Resort on Bridge Street.

Brought to light in August is a December 2018 report — signed by an independent forensic pathologist and crime scene technicians — that relies on a photograph in evidence since 2009.

The independent report focuses on a photo of Morris showing a pattern of lividity — blood that settles after death — on her back and buttocks, alleging the marks are from a wicker chair. The report’s authors claim the lividity indicates she was moved to the shower after she died.

However, Bradenton Beach police say all evidence from the 10-year-old closed case — including a lack of evidence suggesting strangulation — points to suicide or accidental/suicidal death.

The District 12 medical examiner’s office, where Manatee County deaths are examined, also weighed in on the report in a Jan. 8 letter to the pathologist.

Medical examiners Suzanne Utley and Russell Vega conclude in the letter, “We strongly disagree with the conclusions that, based on the lividity pattern, either 1) the pattern must have been caused by the chair; 2) the body must have been moved to the hanging position after the pattern developed or 3) both.”

Assistant State Attorney Art Brown, the 12th District homicide division chief, said Aug. 23 that he sent the 2018 independent report and the medical examiners’ response to the BBPD and Florida Department of Law Enforcement.

Brown said he would await their responses before commenting on whether his office would reopen an investigation.

Osborn and the investigators she hired, as well as some of her friends, have protested the case throughout the years, including a change to the initial ruling of “suicide” by the medical examiner to “undetermined.”

One of Morris’ investigators, Jan Johnson, told The Islander Aug. 21 that the lividity caused by the wicker chair on Morris’ body was ignored by law enforcement and the medical examiner’s office.

She said the lividity issue is surfacing after 10 years “because it’s additional evidence nobody noticed before.”

But Bradenton Beach police and the District 12 medical examiner disagree.

“It was a suicide. It was definitely a suicide,” Diaz said Aug. 22, adding that he considers the December 2018 Osborn report “another opinion.”

He closed the police investigation Feb. 10, 2009, following the medical examiner’s initial findings and it remains closed.

Morris and Genoese of Indian Rocks Beach went to the BridgeWalk for New Year’s weekend, and to plan their wedding reception at the Beach House Restaurant in Bradenton Beach.

They argued in the early morning hours of Jan. 1 in their motel room and two couples in rooms on either side of Morris and Genoese, from Terra Ceia and Denver, called 911 about the disturbance.

According to the Diaz report, Genoese said Morris became upset over him making a phone call to his children.

Bradenton Beach Police Officers John Tsakiri and Mike Bazell responded to the early morning 911 calls and found Morris with two Yorkies, saying she needed to speak to someone.

Tsakiri reported Morris intermittently crying and laughing as they spoke for about 20 minutes. Morris told the officers about her plans to get married Feb. 1 in Las Vegas — after Genoese divorced his wife.

She also told police Genoese left in his white Mercedes with all of his belongings and $3,000, cash that he had kept in her purse.

Seeing a red mark on her neck, Tsakiri asked about the violence that night, but Morris did not speak about their argument, except to say she wanted to go out for a drink but Genoese did not. She said he flung his arms around and he wore a large watch that may have scratched her.

BBPD Sgt. James Gill and Officer Jason Higgins were called to visit the room at 2:17 p.m. at the request of the motel manager to evict Morris and Genoese after guests complained about barking dogs.

Higgins reported: “From the hallway, I observed two feet and two legs lying against the ground with lividity on the bottom part of the feet and legs. I observed the deceased with a dog leash around her neck and around the showerhead. I checked for a pulse and was unable to locate one.”

An EMS paramedic pronounced her dead at 2:46 p.m.

Gill notified Diaz and a Manatee County crime scene technician and the District 12 medical examiner also were called to the motel room.

In October 2013, at the insistence of Osborn, the FDLE convened a multi-agency review panel of police, crime scene, prosecutors and medical experts.

In November 2013, Brown confirmed the FDLE findings, that there was no evidence of homicide after a review of the investigations, photographs, expert witnesses, the alibi of Genoese, as well as the claims of a staged hanging and interviews with witnesses.

His 21-page report concludes with no explanation other than suicide and no prospects for prosecution.
What’s next as far BBPD’s investigation? Diaz said Aug. 22 “nothing.” It remains closed.

Johnson stirred concern in numerous speaking engagements about the photo that shows a pattern on Morris’ back and buttocks that was taken after she was placed in a body bag and rolled on her side.

To address the concern, Osborn obtained a wicker chair of the “same make and model as chairs” in the room at the resort and the comparison was made.

The report challenges the authorities to “eliminate their investigative bias … in face of overwhelming physical and forensic evidence.”

Johnson said, “Show us that we’re wrong and why,” adding her professional friends among the authors of the report, and “hundreds of thousands of students” who agree with the findings.

One of the report’s authors, Michael E. Berkland, is a former medical examiner hired by Osborn in 2011. He was discredited in 2012, having been charged in Pensacola with public nuisance and theft, after human remains were found in his storage locker. The prosecutor dropped the charges in 2014 after Berkland completed a pretrial intervention program.