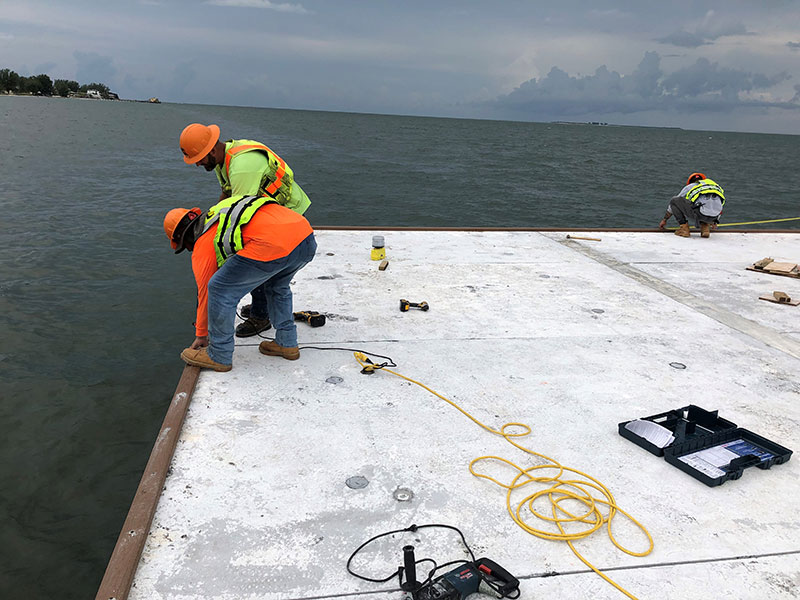 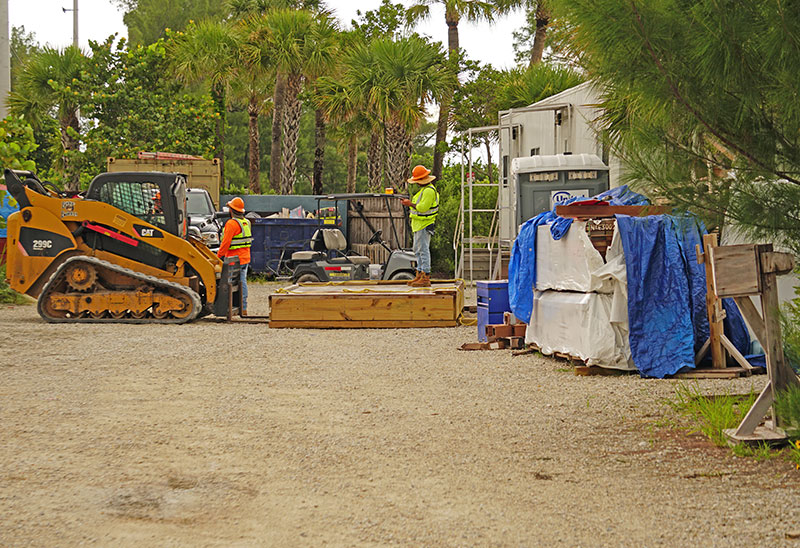 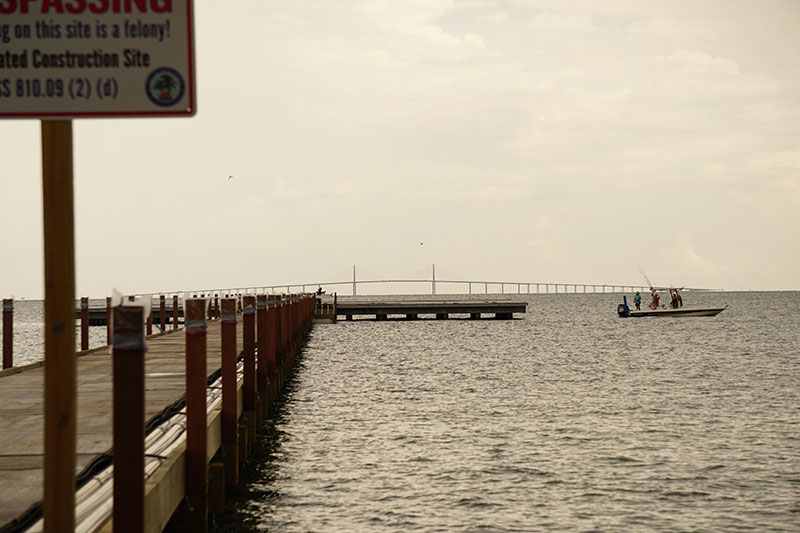 Boaters fish and sightsee Aug. 14 near the T-end of the Anna Maria City Pier. The end of the pier is expected to become a construction site for a restaurant and bait shop the first week in September. 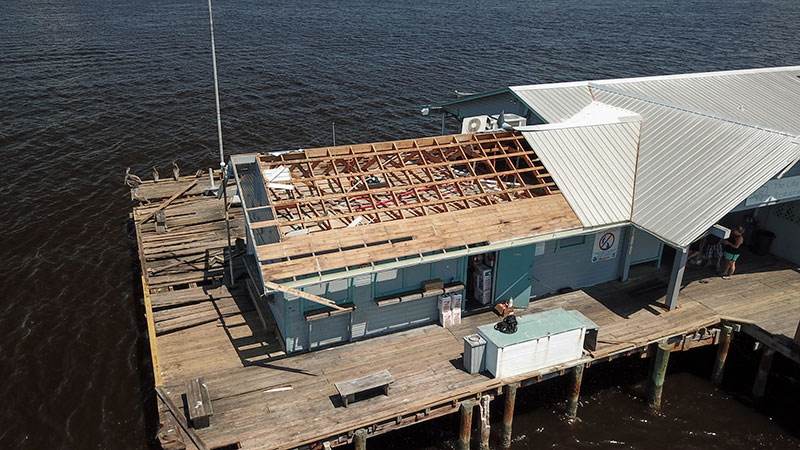 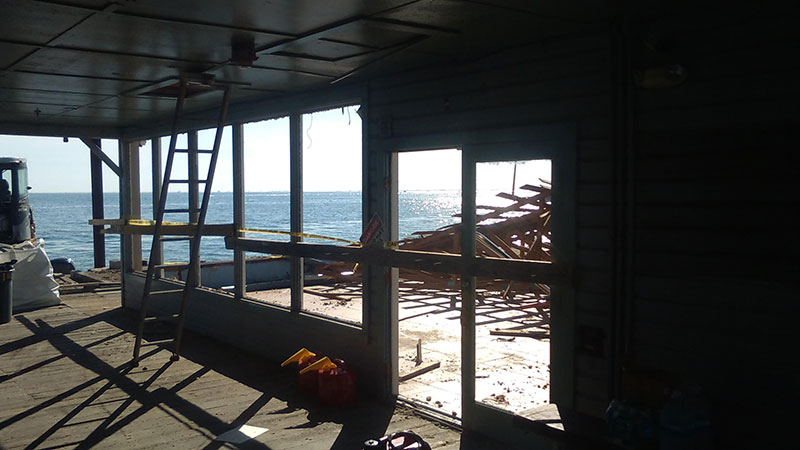 July 2018: Demolition at the AMCP was underway in earnest. Islander File Photo

Work on a planned restaurant and bait shop will begin the first week in September and still to be finished is the T-end and walkway planking, as well as electrical conduit work.

He hopes the pier will open to the public in 60-90 days — before the amenities are complete.

At an Aug. 20 meeting, after press time for The Islander, Manatee County commissioners were expected to appropriate an additional $435,000 in tourist development dollars to a $1.5 million contribution to the pier project.

“I’m sure the board will approve it. And if they need more, we could probably do it. We need to get it done,” Whitmore told The Islander Aug. 16.

Anna Maria has budgeted the total cost of the pier demolition, construction and improvements at $5.9 million with financial assistance from the state and the Federal Emergency Management Agency, as well as the county tourist development council.

The new pier replaces the historic pier built in 1911. It underwent numerous remodels before Hurricane Irma in September 2017 brought about extensive damage and it was declared destroyed.

Posts where lighting will be placed on the 800-foot-long pier walkway and the lack of handrails on the pier are issues raised by Gene Aubry, a former Anna Maria commissioner and architect.

“I was going to congratulate the mayor for putting up railings,” Aubry said when he recently saw the posts go up on the pier.

Aubry asked the Anna Maria City Commission in January to consider including railings — for safety, U.S. Americans with Disabilities Act and historical reasons — and was turned down.

The ADA was enacted as a federal law in 1990 to give people with disabilities equal rights in public and private places open to the general public.

“If you’re blind, what kind of construction is that?” Aubry asked.

“I was doing ADA designs before the ADA passed,” Aubry said.

The former commissioner also said he doesn’t recall seeing posts in pictorial depictions of the new pier that were made available to the public but, he added the posts could serve as a way to link the proposed railings.

Aubry also suggested using the engraved planks that were removed from the pier before it was demolished for the new handrails.

Asked if the city commission would reconsider handrails for the pier, the mayor said: “I don’t know, and it is not my place to offer predictions one way or the other on how the commission will weigh in on any given issue.

“In this case, they took a vote many months ago to not have handrails. That still stands as my direction in the construction.”

Aubry filed an ADA complaint over the pier railing July 15 with the U.S. Department of Justice.

In an Aug. 15 email to The Islander, DOJ spokeswoman Kelly Laco said, “DOJ does not comment on investigations.”