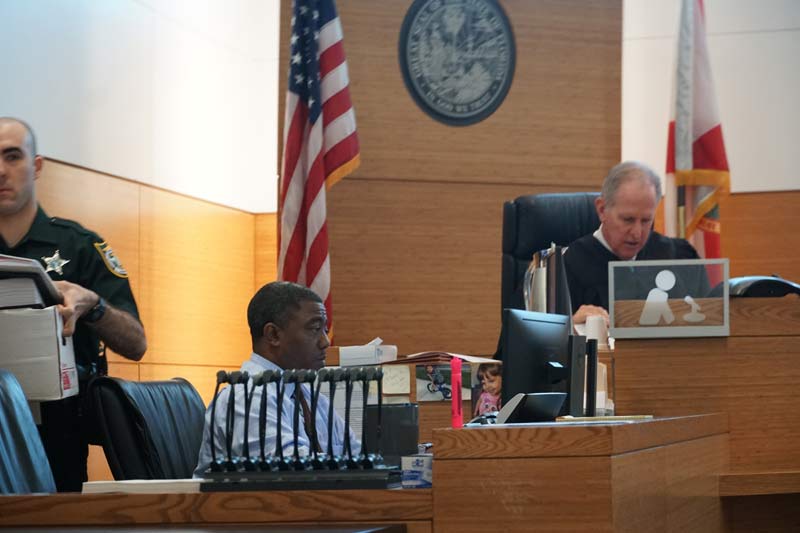 Five property owners posted wins in their Bert Harris cases against the city of Holmes Beach — and more such lawsuits may be coming down the pipe.

At the end of an hourlong hearing Aug. 28, 12th Circuit Judge Edward Nicholas denied the city’s motions that would have ended five cases under the Bert J. Harris Jr. Property Rights Protection Act for untimely filings with judgments on the pleadings.

Since 2016, more than 80 Holmes Beach property owners invoked the Bert Harris law by filing claims at city hall. Fifteen claims were upped to lawsuits. Two have been voluntarily dismissed by the owners and one Holmes Beach couple, Bob and Ellen McCaffrey, took their case to trial in December 2017 and lost to the city.

In the five cases up Aug. 28, a total of $2.15 million in losses are alleged as a result of the city’s two-person-per-bedroom occupancy ordinance for short-term rental properties.

The seven other cases pending in 12th Circuit Court claim about $2.75 million in losses.

The owners that took home pretrial wins — and their corresponding rental properties and claims — at the Aug. 28 hearing are:

Representing the city at the hearing, Jay Daigneault of the Clearwater law firm, Trask Daigneault, tried to persuade the judge the one-year Bert Harris limitations should run from Sept. 8, 2015 — the date the city enacted the occupancy ordinance — disqualifying the owners’ March-May. 1, 2017 claims.

He argued the clock started ticking more than a year later, on May 1, 2016, when the city initiated its vacation rental licensing and enforcement program.

Thomas also called out the cases relied on by the city, including the McCaffery case.

He argued his clients’ cases are different because they were engaging in an existing use — renting to an unlimited number of guests prior to the city’s occupancy ordinance — unlike McCaffrey and other cases involving speculative future uses.

“I read Judge Arends’ order a number of times in McCaffrey v. city of Holmes Beach,” Nicholas said before ruling it out.

After the December 2017 four-day McCaffrey trial, Judge Lon Arend issued a 23-page decision, concluding that for the Bert Harris claim to be valid the owner must be denied a variance by the government entity.

Nicholas concluded that May 1, 2016, was the date “it became obvious” the rental owners would no longer be allowed to continue their existing use.

According to Louis Najmy, principal of the Najmy Thompson law firm, whose firm is handling all pending Bert Harris cases, he is looking to file another 35 claims as lawsuits before Oct. 1.

“I don’t know when the city will wake up. Taxpayers’ dollars are at stake,” Najmy said, adding he expects the alleged damages to exceed $10 million. The city’s insurance policies of $1 million “won’t cover it.”

Holmes Beach Mayor Judy Titsworth fired off an email comment to The Islander.

“The plaintiffs’ attorney can say what they want, but it is an unfair assumption on their part that we don’t care about the risks,” she wrote in an Aug. 30 email.

Thus far, in addition to the city win in McCaffrey, two other lawsuits were voluntarily dismissed.

“I would hope that these cases will continue to be dismissed and the amount in reserves we are building to defend these cases can be reallocated to our resiliency efforts. This would be a win-win for all,” Titsworth said.

The city enacted a series of ordinances in 2015-16 following a public outcry for the commission to address complaints about noise, garbage, parking and other quality of life issues stemming from an influx of short-term rental houses.