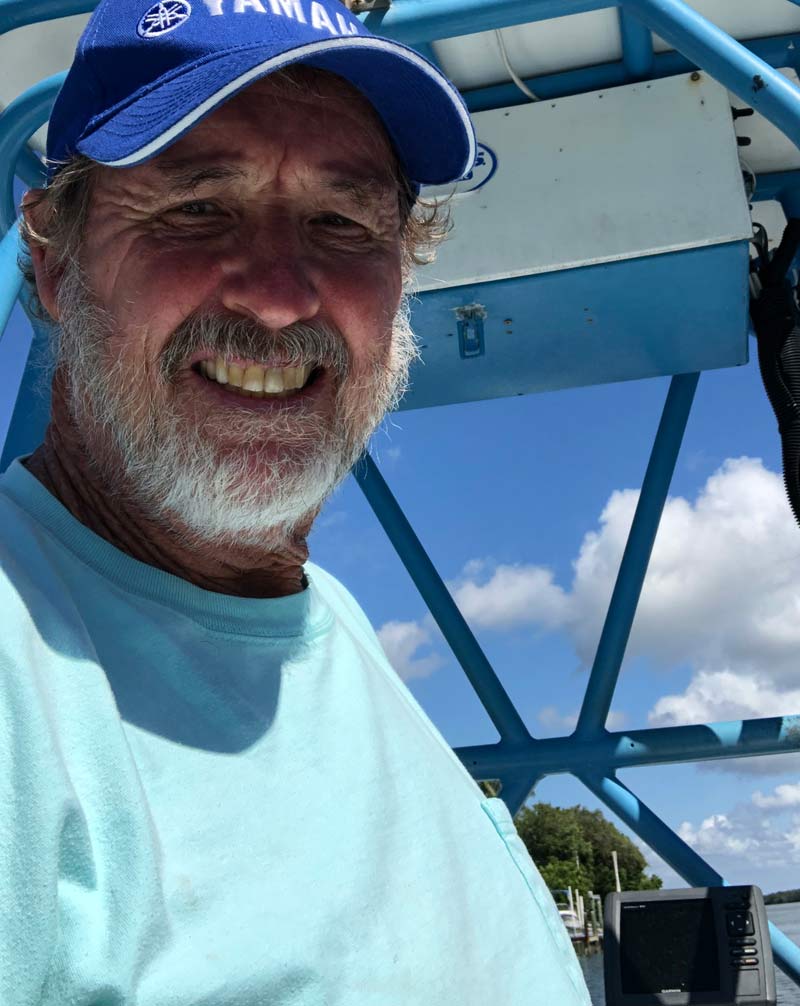 Capt. Scott Moore has been fishing and running the waters around Anna Maria Island for more than half a century.

He farms the Gulf of Mexico.

On Oct. 17, the Manatee County Agriculture Hall of Fame announced Moore is the 2019 hall of fame inductee.

“My ranching friends are telling me I have to come out and pick tomatoes or brand a bull,” Moore told The Islander Oct. 18 in response to the award.

“But seriously, it’s quite a big deal. I’m so glad that they recognized the fishing community and how important it is to our area, tourism and our lives,” Moore said.

A news release from the hall of fame said of the excellent nominations from the community: “The most impressive was someone who doesn’t own a big green tractor or cows or a thousand acres of land to cultivate. Scott Moore owns a charter boat!”

Moore is being honored for his lifetime of dedication and commitment as a skilled captain, an ocean steward, conservationist and educator, the release said.

Moore serves on several fishery committees, both locally and nationally, and has demonstrated how partnerships between scientists and fishers can protect and restore marine ecosystems, the release stated.

Moore moved in 1952 to Bradenton from Cape Cod with his family.

They owned charter and whale-watching boats at the cape, and continued with charters in their new Florida home.

In 1979, Moore moved to Holmes Beach, where he lives today. Following in his father’s fishing lifestyle, son Justin also became a captain. Both run charters for hire. One might say they’re sons of the sons of sailors.

“My wife and my kids put a lot of information together for the nomination,” Moore said. “And a lot of people who have fished with me over the years also wrote letters. It’s phenomenal.”

Moore will be inducted into the hall of fame during a Nov. 21 luncheon at the Palmetto Women’s Club, 910 Sixth St. W., Palmetto.

The Manatee County Agricultural Museum and the Palmetto Historical Commission will host the luncheon.

There is no charge to attend, but reservations are required. Call Jordan Chancey at 941-545-8816 or email palmettofcw@yahoo.com to make a reservation.