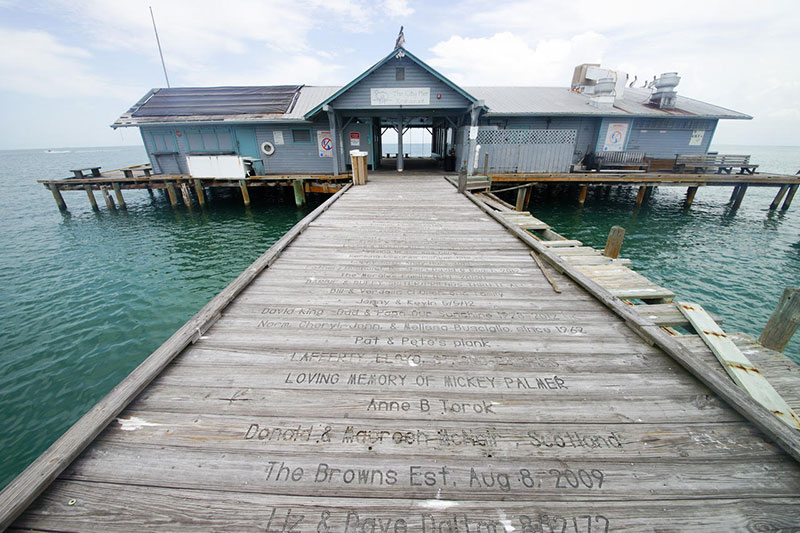 Anglers may be able to enjoy fishing off the Anna Maria City Pier by late February.

The mayor says there are hurdles, but maintains the pier contractor is on track.

Still, the buildings that were to house a restaurant and bait shop at the T-end of the pier will remain empty.

The historic pier was originally built in 1911 and closed after being damaged by Hurricane Irma in September 2017. The pier remained closed and was demolished by the city in 2018.

“The pier is coming along nicely,” Murphy said at a Jan. 9 city commission meeting.

Most of the issues that arose in construction have been corrected, including a 3-inch gap on the platform at the T-end that was “fixed weeks ago,” Murphy said.

“Framing, siding, windows and most doors are up and hung,” he added.

As far as the bathrooms, power, sewer, water and fire suppression line, the mayor said “there are some hurdles with each one of these issues. But we’re still on track for an end-of-February opening.”

Some issues remained with getting power hooked up to the pier from the shoreside, but Murphy said he is working closely with Florida Power & Light remains confident the problems will be resolved in a timely fashion.

The city commission Jan. 10 voted unanimously to decline the final lease offer from Mario Schoenfelder — pier operator since 2000 — and will instead seek requests for proposals from prospective tenants.

Although Mayor Dan Murphy said he and Schoenfelder had come to an agreement on many details, there remained two outstanding issues: insurance and rent payments.

In part, because Schoenfelder said he would be willing to spend $800,000 in pier improvements, Murphy recommended to the commission that the city pick up the tab for casualty, fire and wind insurance at an estimated annual cost of $50,000.

Schoenfelder was presented with two payment options: $18,900 or $21,600 per month, both with either a 3% annual increase after the first year or an annual adjustment based on the consumer price index.

But the option to make lower monthly payments called for an additional $250,000 from Schoenfelder on signing.

Schoenfelder countered with his own offer: $8,000 per month with payments abated for six months until the restaurant is opened and CPI-based adjustments kick in after three years.

There were other specifics to both offers. But in the end, there was too wide a gap between what the city was asking and what Schoenfelder was offering.

As to the prospects for a pier restaurant-bait shop operation, Murphy wrote a Jan. 18 text to The Islander: “It’s too soon to tell who is seriously interested but we have had quite a few calls about the RFP.”