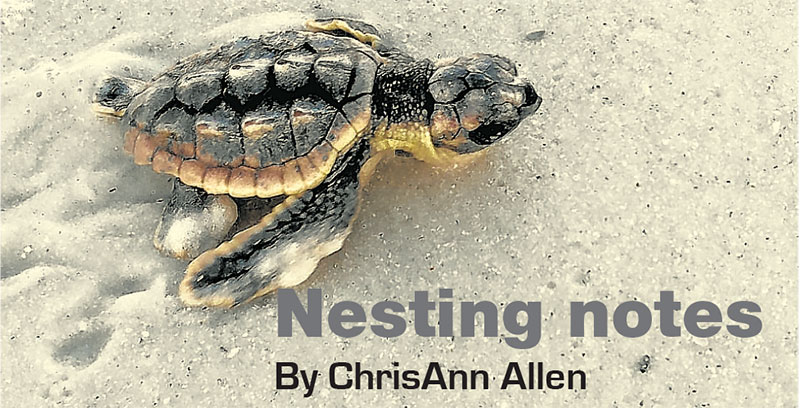 AMI’s beaches are getting an upgrade.

It’s the season to make way for beach renourishment. And Anna Maria Island Turtle Watch and Shorebird Monitoring volunteers must ensure nests are out of harm’s way before equipment rolls onto the beach, pumping sand lost to erosion from offshore.

Manatee County will start the renourishment project July 2, and, weather permitting, it will continue through the last day of sea turtle nesting season —  Oct. 31.

Since season started May 1, nests laid on beaches that are part of the project — from 78th Street in Holmes Beach south to Longboat Pass — are being relocated to beaches in Anna Maria to avoid being covered with sand or damaged by equipment.

As of June 18, turtle watch volunteers had relocated 184 nests to areas north of the project zone, while 54 nests had been laid on beaches in Anna Maria.

“We are absolutely ready for the renourishment to begin,” Suzi Fox, AMITW executive director, said June 18. “Everything has been going very smoothly so far, and I have 100% confidence in our group of volunteers to keep going.”

However, with the start of the project, turtle watch also is working a night patrol starting at 10 p.m. to review the area just ahead of the pumps. Night patrol volunteers also will survey a 500-foot perimeter around the equipment each time it changes location.

And, if a turtle emerges and starts nesting as construction vehicles approach, all construction activity stops until the nest has been laid and the turtle has crawled back to the Gulf of Mexico.

For each nest in the relocation zone, volunteers collect the eggs and, after sunrise, deposit them in a hand-dug nest, following Florida Fish and Wildlife Conservation Commission and U.S. Army Corps of Engineers guidelines.

Nests laid outside of the relocation zone in Anna Maria are not being staked, but turtle watch is tracking the nests, according to Fox.

The rest is up to Mother Nature.

If a relocation is successful, in 45-70 days, about 100 hatchlings will clamber from the sand and waddle to the sea.

“It’s a very hard job this year. One of the most challenging in the 30 years I’ve done this,” Fox said. “But the volunteers have been solid gold. The next generation of hatchlings is in good hands on our island.”

For more information about turtle watch, people can visit AMITW at islandturtlewatch.com or contact Fox at 941-778-5638 or suzilfox@gmail.com.

To find out more about beach renourishment, including anticipated scheduling, visit mymanatee.org.