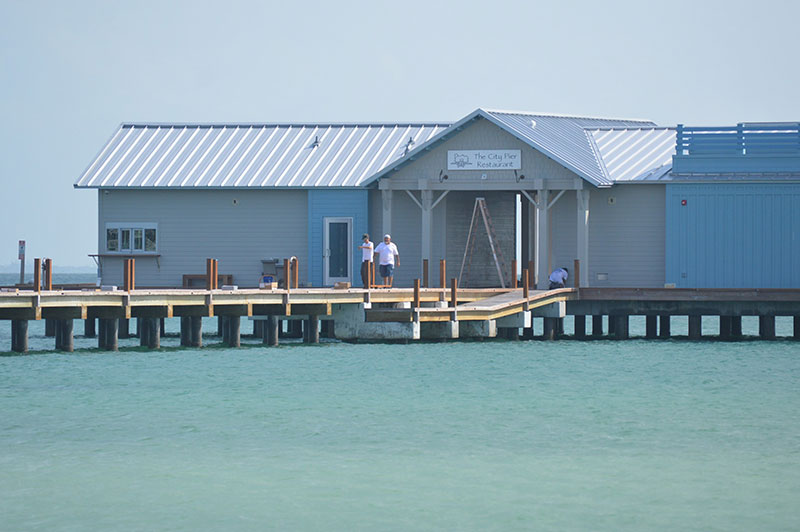 Very soon, a lazy stroll on the pier in Anna Maria will be a reality.

But don’t get the tastebuds worked up just yet.

The 8 a.m.-5 p.m. operating hours will be limited to three days a week, Friday-Sunday.

The restrooms will open, but there will be no restaurant or bait shop.

Murphy said the city should employ two off-duty Manatee County sheriff’s deputies to monitor visitors when it’s open — one on shore and the other on the pier — at a cost of $45 an hour per deputy.

Commissioners approved the security plan as part of the May 28 consent agenda.

“Social distancing would be required,” Murphy said, adding signs to that effect would be posted on the pier.

He said alcohol would not be allowed on the pier, but people could bring coolers while fishing.

The new pier was built to replace the pier that opened in 1911 but closed after damages from Hurricane Irma in September 2017.

Murphy said inspections, including electrical and fire, would be finalized the week of June 8.

Commissioner Mark Short asked why the pier opening is limited to three days a week.

Murphy cited security costs and interference during the restaurant buildout.

The mayor agreed and suggested revisiting the days/hours 30-45 days after the opening.

City officials hope to finalize the lease with Ugly Grouper and for them to open the restaurant and bait shop in late 2020 or early 2021.