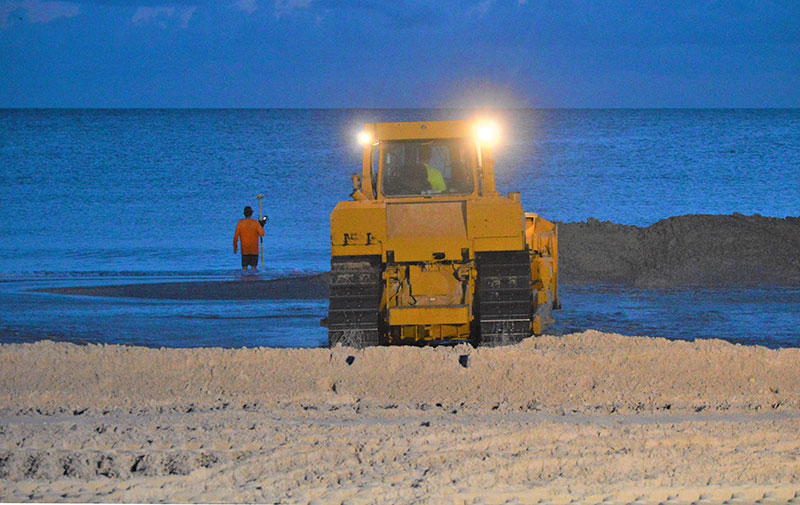 Heavy equipment smooths sand July 15 pumped on the beach from offshore borrow areas, for a renourishment project, while a worker uses a GPS survey device to measure the depth of the new beach. Islander Photos: ChrisAnn Allen 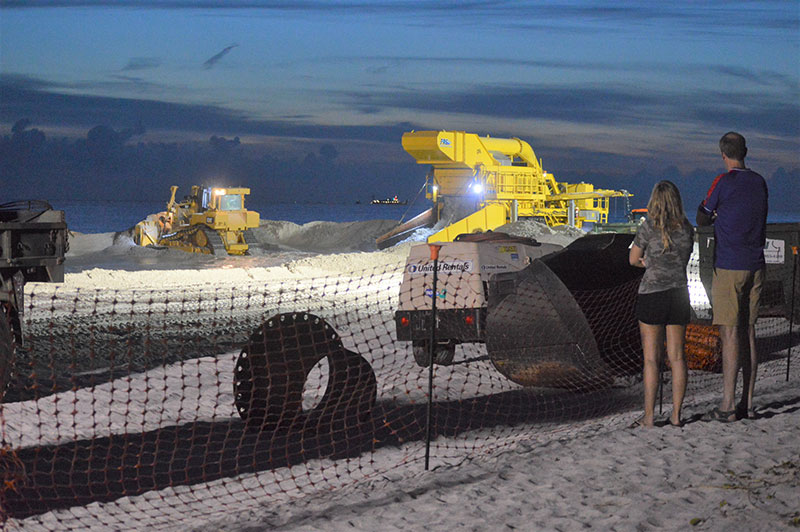 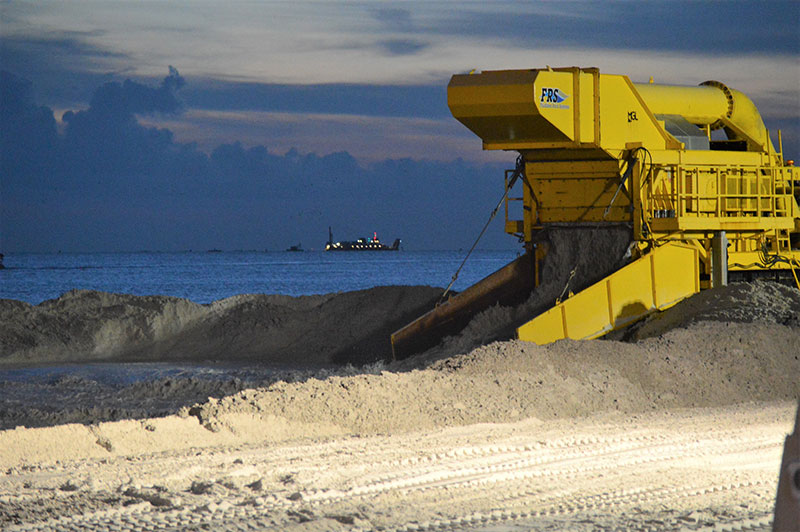 A large separator filters rocks and shell from sand pumped onto Anna Maria Island beaches from a quarter-mile offshore. 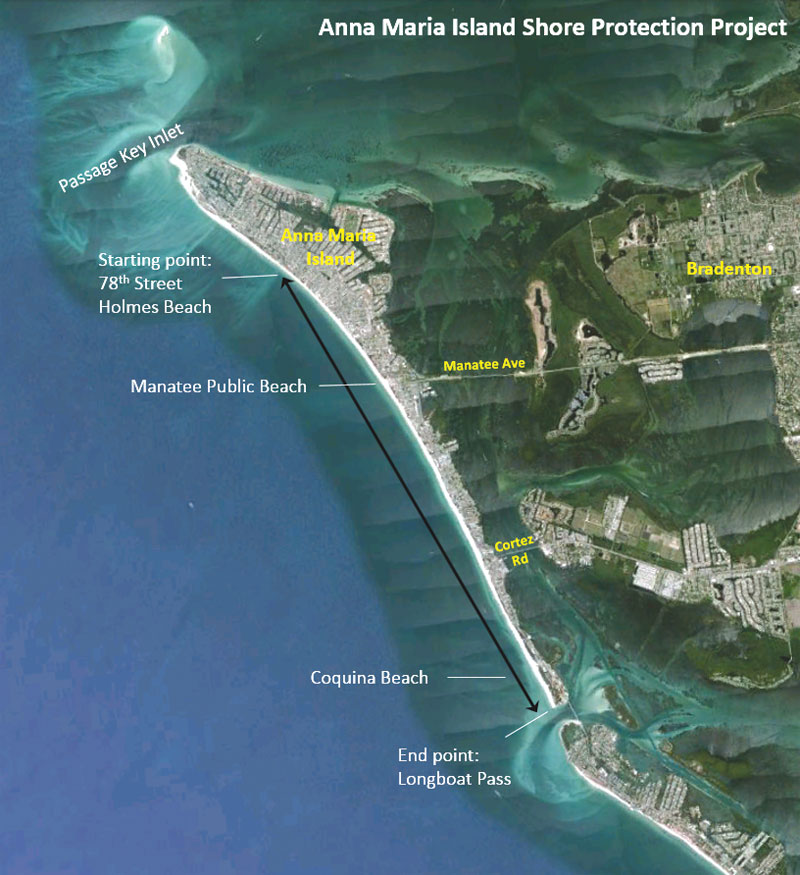 “In its simplest form, we are mining sand from the bottom of the Gulf of Mexico, from about a quarter-mile offshore of the north end of the island,” Charlie Hunsicker, Manatee County parks and natural resources director, said July 16.

A $17.3 million project, funded by federal and state governments and the county to maintain the beach and restore eroded areas, has begun.

The first phase, the Anna Maria Island Shore Protection Project, started July 8 at 78th Street North in Holmes Beach and will continue to about Fifth Street South in Bradenton Beach.

The second phase, the Coquina Beach Renourishment Project, will start at Fifth Street South in Bradenton Beach and continue south to Longboat Pass.

Hunsicker said a large hydraulic pump on the offshore barge pulls in sand and water and pipes it to shore. The sand is passed through a massive separator, which screens out rocks and shells greater than a half-inch in size.

“As a result of the filtration process, the new sand is just beautiful,” Hunsicker said.

Clean sand is delivered in a waterfall of 20,000-30,000 cubic yards each day, then smoothed and shaped to the contour of the shore by a bulldozer.

“If we weren’t mining sand from the Gulf bottom, we would have no choice but to extract it from sand mines in south central Florida and truck it here one truck at a time,” Hunsicker said. “So what you are seeing here is the avoidance of 1,000-1,500 truck trips a day to each of the residential streets of Holmes Beach and Bradenton Beach.”

He said the county is fortunate that sandbars formed by ebb shoals surrounding the island contain an abundance of economically reachable sand in “borrow areas,” since alternative methods, such as hopper dredges, are more costly than the suction method employed by project contractor Marinex Construction of Charleston, South Carolina.

Hunsicker said the beach loss averages 100 feet of depth every 10 years. He said the retreat of the sand is measured until it reaches a point where renourishment can begin before too much sand is lost.

Each successive event requires less sand until a sustainable pattern is reached, according to Hunsicker.

“Our goal is to get in balance with sand coming into the system and sand coming off the beach,” he said.

The project schedule listed on the county website shows the beach work continuing through Oct. 31, with demobilization ending Nov. 15.

Construction equipment moves down the beach around the clock, traveling about 300 feet every 24 hours, with heavy activity along the way expected to last no longer than a few days. Severe weather, mechanical issues or environmental protections could cause delays, according to the county website.

Hunsicker said the middle of the island, south of the Manatee Public Beach in Holmes Beach, where the beach is narrowest, could take longer and require additional equipment.

Jenny Allen of Lakeland, who was vacationing on the beachfront at the White Sands Beach Resort, 6504 Gulf Drive, Holmes Beach, while the project passed by the resort, said she was not informed of the renourishment, but understands the need.

“It doesn’t really bother me,” she said July 15. “My great aunt moved here in the 1920s, so I have been coming here since I was a baby. I know it is what must be done to keep the beach beautiful.”

Madeline Frick and her father, Byron, both of Iowa, also were vacationing on the beachfront in Holmes Beach while the project passed their motel.

They said management told them it could happen, but was unaware of the date.

“We found out just before it started that the beach would be closed for three days,” Byron Frick said July 15. “The contractors were actually ahead of schedule.”

Madeline Frick said they found other ways to fill their time while the project ensued.

“We just explored the island,” she said. “There’s plenty to do here, so it was no big deal. It’s good to see the work they are doing to protect the beach.”