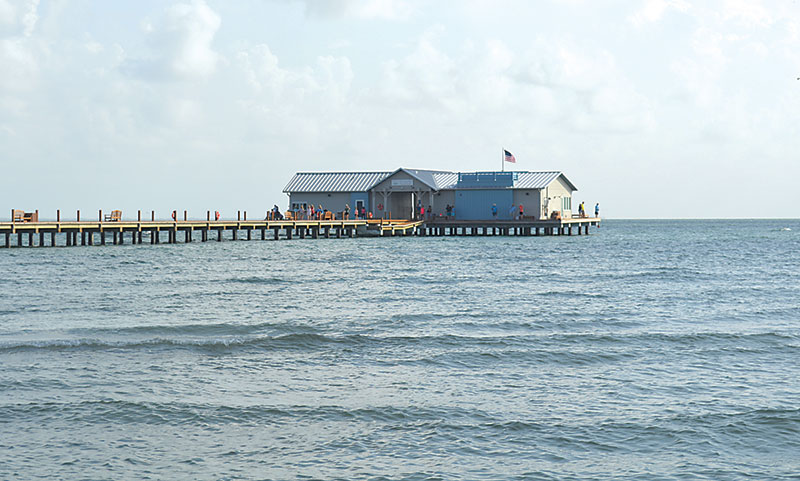 It’s time to smooth out the details.

The city of Anna Maria is working through negotiations with a possible restaurant and bait shop tenant for its newly opened pier.

The new pier was built in the footprint of the historic pier, which opened in 1911 but was removed by the city after it was deemed destroyed by the city’s insurer following damage by Hurricane Irma in September 2017.

Construction on a new pier began in 2018. The city opened the pier on a limited schedule to sightseers and anglers June 19.

Due to concerns over the spread of the novel coronavirus and lack of a tenant for the restaurant and bait shop, the pier opens 8 a.m.-5 p.m. Friday-Sunday.

He said historic photographs will be added to bathroom walls by the end of the month and a bulletin board with pictures of the old pier may be added to the entrance.

Commissioner Joe Muscatello asked Murphy if the city would consider mandating masks on the pier.

Murphy said he wanted to speak with the Manatee County Sheriff’s Office before opening that to a commission decision.

The mayor said he was considering nighttime events on the pier, with “low-key entertainment” and expanded security, prior to the restaurant opening. He said he likely would bring an event proposal to the commission in late August, after speaking with the MCSO, the city’s law enforcement agency.

The city commission voted in May to approve the Ugly Grouper’s bid, entered negotiations and hopes to have the amenities open in late 2020 or early 2021.

It has yet to be decided whether the new tenant or the city will complete the buildout.

Murphy said the city requested a set of plans for the interiors. Once received, the plans will be reviewed and an estimate determined for the restaurant and bait shop buildout — furniture, equipment and fixtures.

“If we cannot finalize an offer by the end of the month, then I think we need to explore other alternatives,” he said.

Murphy said he would provide the commission with other options or a firm offer from the Ugly Grouper to finalize the restaurant plans.

“Hopefully, we have an offer,” he said.