Vacation rental managers need to be on the look out for party house scammers.

That’s the warning from Anna Maria special magistrate Karla Owens in her dismissal of a complaint July 24 against the owners and property management of a home at 403 Alamanda Road for allegedly exceeding vacation rental occupancy limits.

Owens said the owners and management company were the victims of a party house scam.

In March, Anna Maria Mayor Dan Murphy issued an executive order to regulate vacation rentals to counter the spread of COVID-19. The order, since repealed, prohibited vacation bookings of less than 30 days and capped occupancy to the allowed overnight rental.

On May 15, patrol deputies in the city, where law enforcement is provided by the Manatee County Sheriff’s Office, encountered a large party at the property on Alamanda.

MCSO deputies had followed a motorist driving on the wrong side of the road to the property.

Deputies searched the vehicle and found multiple firearms, including an AK-47, as well as potential narcotics, and they arrested Gerard Anton Anderson Jr., Devontae Adrian Houston and Rodney Dunbar Jr., all of Palmetto, on firearm charges.

At the party, the MCSO found more firearms, as well as illegal drugs.

The MCSO’s investigation is ongoing, but the city responded with action against the property owners and management company for allowing more than the permitted number of people at the rental.

Purvis said his company has cooperated with the MCSO and had moved to evict the tenants after learning of the party.

“We’re not disputing that there were people there,” Purvis said. “But we never gave them permission and the owners didn’t either.”

Vose said, “We do understand they were hoodwinked, but they need to have procedures in place to prevent this from happening.”

“But if this is a pattern of behavior by criminals, I think all of you all need to tighten up your process,” she said.

“If this does happen again, I will probably not be so lenient,” she continued.

Some taverns and bars are making their way around state prohibitions to continue serving patrons, but the industry’s legal battle with the state is only beginning.

Groups of bar owners across Florida have filed lawsuits against the state challenging its “discriminatory” COVID-19 restrictions toward bars.

That put the Moose Lodge in Bradenton Beach back in business.

And other bars have reopened under the amendment, but the prohibition on selling alcohol for on-premises consumption remains for some standalone bars.

Several lawsuits claim the state has discriminated against the bar industry with the prohibitions, while allowing restaurants — establishments that derive less than 50% of gross revenue from alcoholic beverage sales — to serve customers cocktails, beer and wine.

Such lawsuits have been filed in Broward, Martin, Orange and Volusia counties.

Joe Cuervo, owner of Drift In, 120 Bridge St., and another bar in Bradenton, has told The Islander that he and a group of other local bars, including the Anchor Inn in Holmes Beach and the Gator Lounge in Bradenton, also would file a class-action lawsuit against the state’s restrictions.

However, as of July 25, nothing had been filed with the Manatee County Clerk of Court under Cuervo’s name or the names of the involved bars.

Cuervo declined to name his attorney.

Cuervo said July 25 the lawsuit was still set to move forward but did not detail when it would be filed. Nevertheless, he was happy other bar groups had launched lawsuits.

“The more the merrier,” he said. “It’s totally unfair. Let’s put the pressure on them.”

In the meantime, several bars on Anna Maria Island found a loophole to reopen because their 4COP licenses allow them to sell packaged food.

“The DBPR’s updated order took away the requirement that 50% or more of sales had to come from food,” Holmes Beach Police Chief Bill Tokajer said. “So it changed it so that, if you sell food at all, you can reopen your bar.”

The Anchor Inn, 3007 Gulf Drive, Holmes Beach, reopened July 16 with packaged food. Co-owner Darla Tingler declined to comment during a July 24 call from The Islander as to how the loophole was discovered.

The Drift In reopened with packaged food July 20. Cuervo previously said he would continue to pursue a lawsuit against the state for monetary damages he already incurred even if his businesses reopened.

“But I’m pleased I can reopen at the moment,” Cuervo said.

A Sports Lounge employee declined to comment during a July 24 call from The Islander. Likewise, D.Coy’s employees did not respond to a July 24.

Tokajer said he was happy to see business return to local bars.

“The two bars that we had were both doing things the right way. They were both practicing social distancing and keeping to the 50% occupancy limit,” Tokajer said. “I think it’s a good thing they were able to open up.”

Manatee County has changed vacation rental regulations during the pandemic to prevent the spread of COVID-19.

No more than 10 guests are permitted within a vacation rental unit under the county’s revised plan and city ordinances also can limit occupancy.

The plan can be found at mymanatee.org. 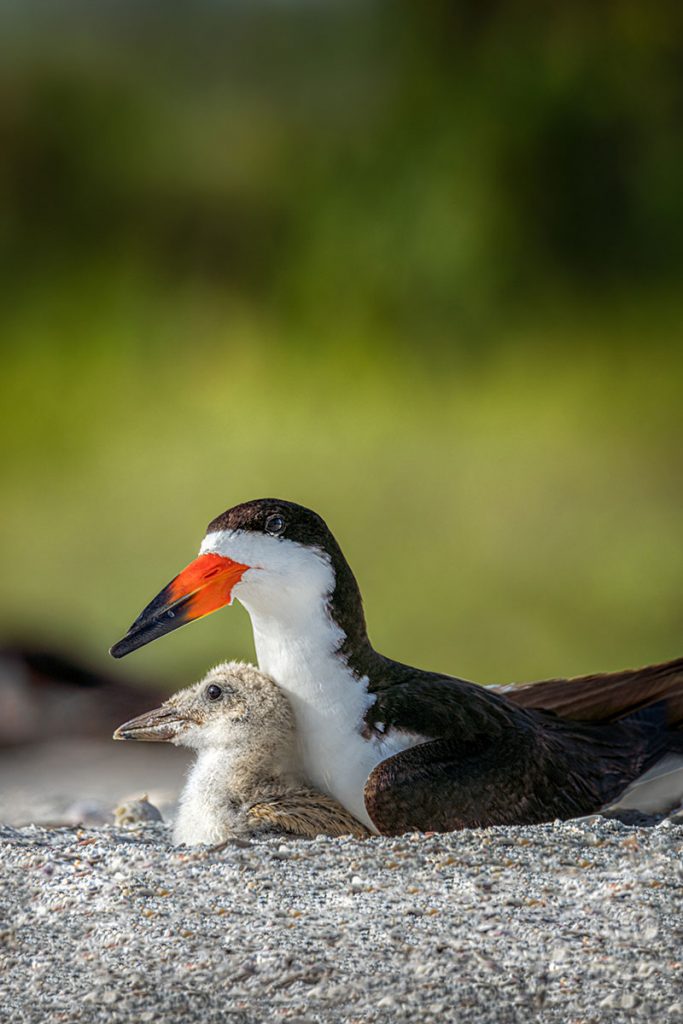 Week 3: Nestled in the sand Doug Blunt of Bradenton took this Top Notch photo of black skimmers at Lido Beach July 7. The photographer won an Islander “More-than-a-mullet wrapper” T-shirt and entry into the finals, which offers a grand prize of $100 from The Islander and gift certificates from Islander advertisers, including Slim’s Place, Island Coffee Haus, Restless Natives, Mr. Bones BBQ and Cremesh European Restaurant.

A man arrested in Holmes Beach as a possible homicide suspect in Alabama was extradited July 14 from Manatee County back to Alabama for further questioning, according to a report by WTVY.com.

A vehicle driven by Robert Dorsey Windham, 31, of Dothan, Alabama, triggered the Holmes Beach license plate reader system May 30, which alerted officers that a homicide suspect was driving a stolen vehicle in the city.

The vehicle was registered to Windham’s aunt, Kay Singleton Branche, who was found dead May 27.

When officers asked Windham for his license, he handed them Branche’s license, as well as his Florida ID card.

The evidence was sent for investigation to the Dothan Police Department.

The vehicle was impounded and held for the DPD.      Windham was arrested and transported to the Manatee County jail, where he remained until he was extradited July 14 to the Houston County Jail in Dothan.

In the first half of 2018, 459 manatees died, but the numbers spiked even higher in the second half of the year, with either red tide or blue-green algae plaguing parts of southwest Florida.

The FWC attributed about 10% or 38 of the manatee deaths to watercraft collisions.

Cold stress led to 38 deaths and 67 deaths were perinatal.

In Manatee County, the state reported 11 manatee deaths for the first half of 2020.

The officer observed a vehicle parked at Coquina Beach after closing hours and the driver was told to leave but, as the man proceeded to depart, the officer ran a search on the vehicle license plate and found an arrest warrant for the registered owner.

The officer conducted a traffic stop and arrested Dominguez for alleged grand theft in Pinellas County.

July 19, 300 block of South Bay Boulevard, trespass. The Manatee County Sheriff’s Office received a complaint about a “man and his son walking along a private beach and refusing to leave.” The MCSO said the two people were not on the complainant’s property when law enforcement arrived. The report said, “Complainant was upset with deputies because we did not walk up to every person in the water and the beach … and advise them not to walk through his yard.”

July 21, 101 N. Bay Blvd., Two Scoops, disturbance. The MCSO dispatched a deputy to deal with calls involving a customer asked to wear a mask in accordance with a municipal mandate refused and struck an employee. The employee did not want medical treatment. The MCSO was looking for a suspect on Pine Avenue and at other businesses in the area.

Anna Maria is policed by the MCSO.

July 19, Historic Bridge Street Pier, 200 Bridge St., trespass. An officer from the Bradenton Beach Police Department responded to reports of a fight. Upon arrival, the officer found two men — one bleeding from a cut on his eyebrow. Witnesses said the men had harassed other people on the pier before fighting each other. No one pursued charges and the officer trespassed the men from the pier for a year.

July 20, Adventure Forth, 103 Gulf Drive N., larceny. A business owner visited the BBPD to report the theft of two rental bicycles from outside his building. The owner said the bikes likely were not locked or secured. The man was given a victim right’s pamphlet.

July 14, 6200 block of Holmes Boulevard, fraud. A woman reported a fraudulent transaction from her bank account.

July 16, 2700 block of Gulf Drive, theft. A locked bike was stolen from a bike rack. A report was filed.

July 19, Manatee Public Beach, 4000 Gulf Drive, battery. A woman claimed that another woman spit on her during a verbal altercation in the parking lot. Statements were taken and a video of the incident was shared with the HBPD and submitted to the state attorney’s office.

July 19, 3200 block of East Bay Drive, stolen plate. An officer was alerted by the license plate reader system to a stolen plate. The vehicle was located but was not occupied and the registered owner was contacted. The owner said the vehicle had been sold to an unknown individual. The car was towed and the plate was held as evidence. 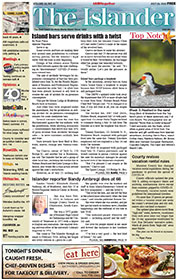