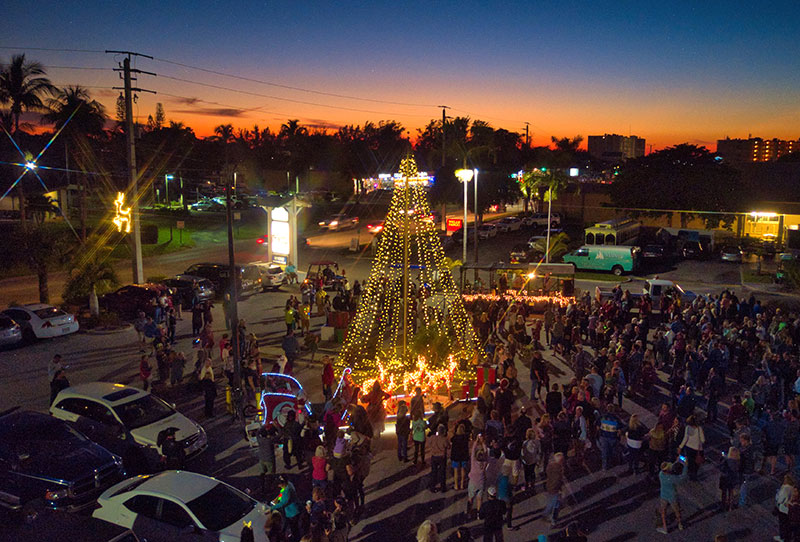 The sun glows on the horizon Dec. 6, as the Anna Maria Island Chamber of Commerce flips the switch on its Christmas “tree” at the chamber office in Holmes Beach. Made of lights, the tree is the work of Anthony’s Electric. Islander Photo: Jack Elka 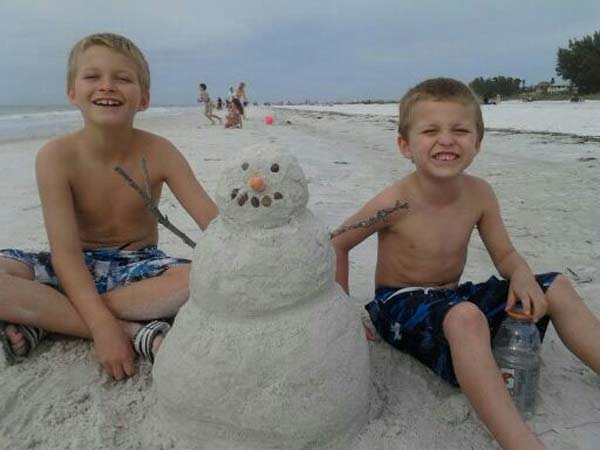 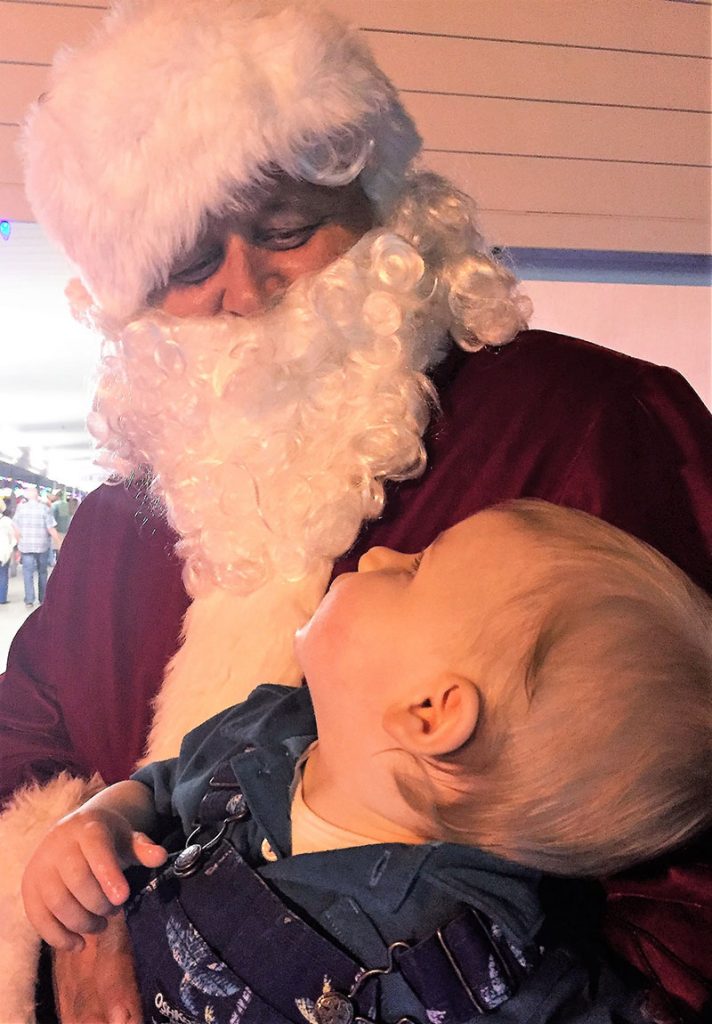 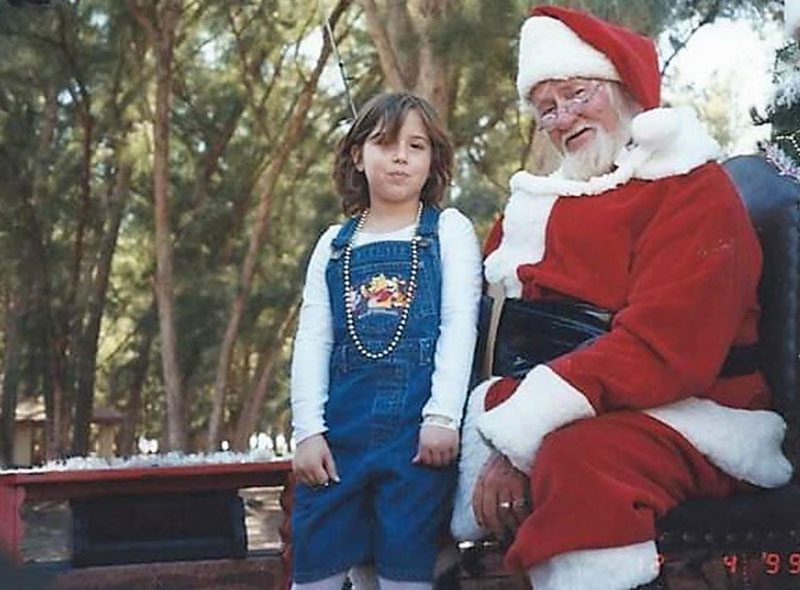 Stan “Santa” Weyman with his niece, Megan Moody, in the late 1990s. Weyman said it was the only year he grew a beard for his holiday role of helping Santa Claus. Islander Courtesy Photo

You only have to believe.

For almost a quarter century, Santa has driven the sleigh, passed out reindeer trail mix and listened to more than one wish for a pony for Christmas.

Anna Maria Island Privateer Stan “The Man” Weyman has filled the role of Santa for the annual AMIP Christmas Parade for the past 23-24 years. In his role as Santa, he can be a bit forgetful about the years. He’s too busy heading up his elves, making toys and deliveries to be exact.

“Being there with the kids, that’s the whole point of the thing,” Weyman told The Islander Dec. 6. “I want to do what I can to make sure they grow up right, stay in school and go to college. That’s why the Privateers do what they do.”

Weyman, now 84, rode Santa’s sleigh once again in the Privateers’ Christmas parade Dec. 8, the longest in the country at a little over 7 miles from its start at Bayfront Park in Anna Maria to the end at Coquina Beach in Bradenton Beach.

“The kids are funny,” Weyman said. “Some have the most amazing looks on their faces and others are screaming and crying and trying to get away. I think it’s the beard and the red color that scares them but, I don’t know.”

When asked about his favorite request, he remembered a 4-year-old kid who asked for a “real gun.”

“I told him he had to be 18 with permission from his father before I delivered any guns,” Weyman said. “He looked at me with pure awe, like, maybe when he was 18, I would bring it.”

Weyman developed a standard answer for those who asked for ponies.

“Only if you have 40 acres. You have to have 40 acres for a pony,” he would tell the kids. “That usually took care of that problem.”

Weyman now reserves his Santa duties for the AMIP parade, enlisting others to fill in as Santa at other local events.

Roque “Rock” Pastorius, owner of the Island Beach Monkeys, operator of the Monkey Bus, has played Santa at the Anna Maria Island Chamber of Commerce Christmas tree lighting celebration in Holmes Beach for the past two years.

He also plays Santa on Christmas mornings at the Anna Maria Island Beach Cafe at the Manatee Public Beach, 4000 Manatee Ave., Holmes Beach. The restaurant serves Christmas breakfast and he has one last chance to visit with kids before returning to the North Pole. Off-island engagements also find Pastorius portraying the jolly old elf.

“It’s amazingly rewarding,” he told The Islander. ‘There is nothing more rewarding than seeing the kids’ eyes light up when they meet a real Santa. It’s what it’s all about.”