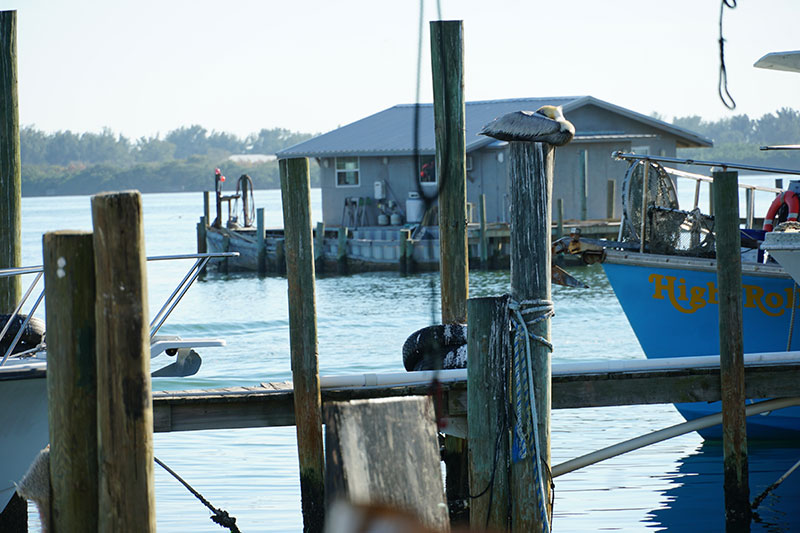 The dispute over ownership of submerged lands had been scheduled for a bench trial in January.

The core issue in the case involved a 2017 demand from the DEP that Cortezian Raymond Guthrie Jr. remove a stilt house he built in Sarasota Bay near A.P. Bell Fish Co. or pay fines for ignoring the order.

Guthrie built the 1,200-square-foot structure, including a metal roof, air conditioning and other amenities, between February 2017 and May 2017 without state permits.

In June 2017, the DEP determined the submerged land was owned by the state.

On April 27, 2018, Guthrie responded, denying the agency’s claims and maintaining he owned the land based on the Butler Act.

The Butler Act, according to the Florida Bar Association, “was created to stimulate commerce and to encourage upland riparian owners to improve their waterfront property. In order to accomplish this purpose, waterfront owners were permitted under the act to obtain title to submerged lands adjacent to their uplands by bulkheading, filling, or permanently improving the submerged lands.”

The act was repealed in the 1950s, but may be used in certain situations to grandfather bulkhead structures in submerged lands when an owner made an improvement before its repeal.

At a hearing Feb. 5, 2019, Cape Coral attorney Joe Beasley argued that Guthrie “rebuilt” the structure within the footprint of prior net camps.

Ruling in February 2019, 12th Circuit Judge Edward Nicholas entered summary judgment in favor of the DEP and against Guthrie. Nicholas said his decision was based on a proper November 2017 DEP final order, as well as Guthrie’s failure to respond or request a hearing.

But the judge stayed the execution of his order pending the resolution of Bell’s case against the DEP.

In May 2018, A.P. Bell had filed a motion to intervene in the dispute, claiming the commercial fish company owned the land under the stilt house.

In defense to Bell’s complaint, the state contended the Guthrie structure was built in May 2017 and “occupies a footprint that is at least three times larger than any structure that may have previously existed at the site.”

Before issuing the final DEP order against Guthrie, the environmental agency sent investigators to the property, researched the site’s history and, in June 2017, determined the submerged lands were owned by the state.

The DEP sent several warnings to Guthrie seeking compliance and offered a consent order to resolve the matter, but he did not agree to its terms.

Bell said she withdrew her motion after her attorney said she lacked sufficient evidence to prevail.

“I’m really upset about all this,” she said. “My lawyer said that we didn’t have enough proof — even with the historical photos.”

Bell’s suit claimed, in part, that Guthrie’s stilt house had historical significance. Net camps were widely used by fishermen to tie up their boats and mend and dry cotton fishing nets in the 1920s-40s.

Bell said the battle to keep the illegal structure isn’t over.

“We are going to try something else,” she said, although she did not elaborate.

And it was not clear at press time for The Islander what impact Bell’s dropped lawsuit meant for enforcement of the final order against Guthrie — who was ordered in February 2019 to remove the structure and pay $6,500 in fines and penalties — pending the Bell lawsuit outcome.

A Holmes Beach man arrested for allegedly driving under the influence is on probation for a year.

Holmes Beach police stopped Mitchell Taylor Feb. 4, 2019, in the 2800 block of Gulf Drive. An officer had observed Taylor drive a minivan with one working headlight across the centerline of the road, according to an HBPD report.

Taylor performed poorly on a road sobriety test and an officer transported him to the HBPD, where he consented to a breath-alcohol test, whick measured 0.186 and 0.194. The legal BAC limit is 0.08.

In December 2019, after Taylor pleaded no contest to a charge of alcohol-related reckless driving, a judge placed him on one-year probation.

The judge also ordered Taylor to pay costs — $55 per month for probation supervision, $317 in fines and $130 in attorney and court fees.

An unruly bar patron was sentenced to 12 months of probation and five days in a Manatee County work program for failing to pay his bar tab and fighting with Bradenton Beach police.

Bret Hoffman, 34, of Sarasota, pleaded no contest Sept. 3 to fraud of an innkeeper and resisting arrest.

Hoffman’s sentence stems from his May 27 arrest at the Sports Lounge, 118 Bridge St., where he failed to pay his bill and became combative with a Bradenton Beach police officer.

A golf cart driver who lied after Holmes Beach police stopped him for traffic violations was sentenced to 12 months probation and fined more than $3,800.

Richard J. Burnes Jr. of Holmes Beach was arrested in July for DUI, giving false identification to a police officer, knowingly driving on a suspended license and unlawfully possessing another person’s identification.

Burnes pleaded no contest to the charges Aug. 12.

Judge Mark D. Singer adjudicated him guilty on all counts and sentenced him to probation for the DUI and credit for time served on the other charges.

The judge ordered Burnes to complete a DUI course, a victim-impact panel and 50 hours of public service and suspended his driver’s license for six months.

Singer also assessed Burnes more than $3,800 in court costs and fines, which, except for $605, were paid as of Oct. 3, according to court records.

The 12th Circuit Court has one less case on its docket after transferring a case to a veterans court.

Richard Shane Burnett, 50, of Lakeland, was arrested May 27 after a Bradenton Beach police officer observed him speeding, almost striking pedestrians in the roundabout at Bridge Street and Gulf Drive.

Burnett was charged with driving under the influence, reckless driving, refusing to submit to a DUI test and violating a driver’s license curfew.

Veterans courts in Florida address treatment needs unique to the military with court personnel who partner with the state Veterans Health Administration and other veterans support groups, according to a website of the Office of the State Court Administrator.