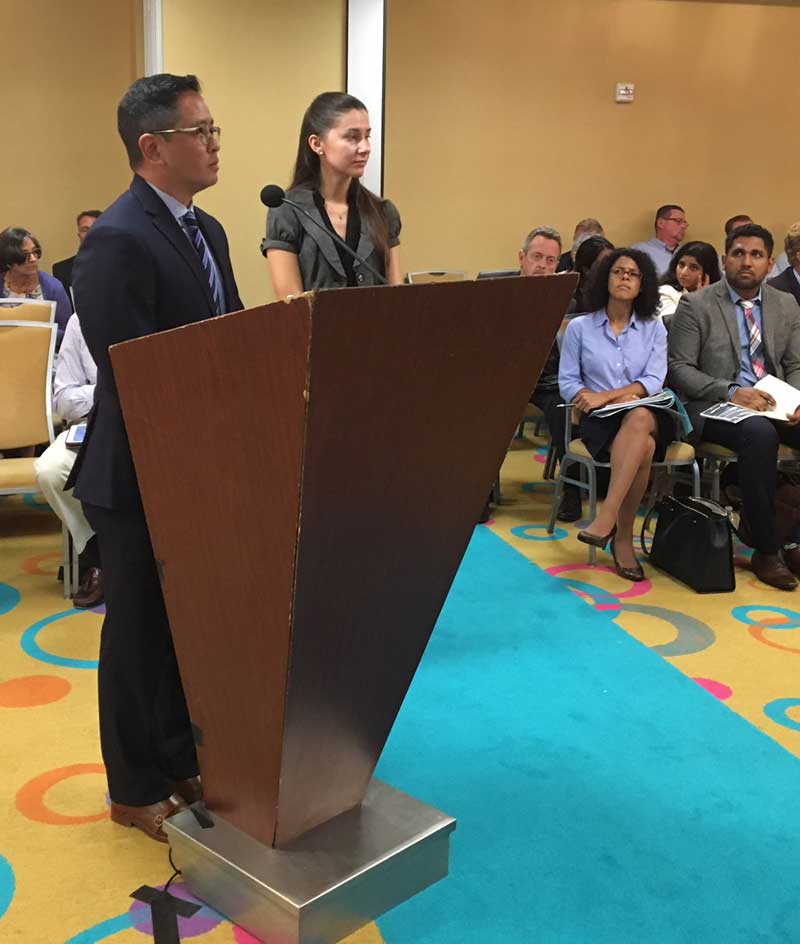 An update on the Florida Department of Transportation barrier island traffic study went better than the previous discussion, when critics questioned the study and how it was being conducted.

“There’s not going to be one big solution,” said Domingo, a consultant with Stantec Consulting Services Inc. of Sarasota, the company contracted to conduct the study. “There’s going to be a lot of little ones.”

Domingo even envisions help from a technological breakthrough.

“I do believe autonomous vehicles are closer than everyone thinks,” he said.

Domingo said Longboat Key carries the least amount of through traffic, so building a bridge could be too costly and cause too much environmental damage to justify the relief it might provide.

The ITPO gives the island’s three mayors a voice with the MPO on transportation issues, and they used it to point out areas where the study could be improved.

Domingo, who began the study in January, is tasked with identifying traffic problems and solutions involving vehicles and parking, bicycles and pedestrians on the barrier islands from Anna Maria south to Lido Key.

The main criticism from the ITPO was the DOT study has not yet identified why and from where people arrive on the island.

The traffic origination question also was not answered at the MPO meeting.

“They’ve got a good start but they have a long way to go,” said Anna Maria Mayor Dan Murphy, the ITPO representative seated at the MPO meeting. “Needing to know why people are coming out to the island is critical in my point of view.”

Another island traffic headache is created by opening the drawbridges on Cortez Road and the Manatee Avenue, Domingo said. Each opening reduces road capacity by at least 50 vehicles an hour and even more during heavier seasonal traffic.

Anna Maria Island-related projects include $10 million to start work on replacing the Cortez Bridge; $4.3 million for the Longboat Pass Bridge repair; $2.15 million for a study on road repairs from Coquina Beach to North Shore Road on Longboat Key; $1.1 million for a bridge replacement from State Road 789 through Perico Bay Boulevard; $1.1 million for repairing the Anna Maria Island drawbridge; $993,771 for an intersection lighting retrofit along 8 miles of Cortez Road West; and $208,725 for Holmes Beach traffic signal reimbursement.