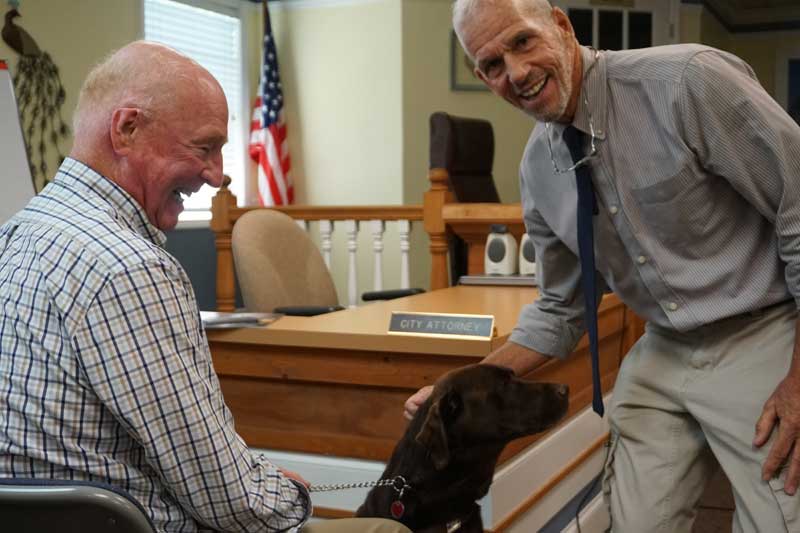 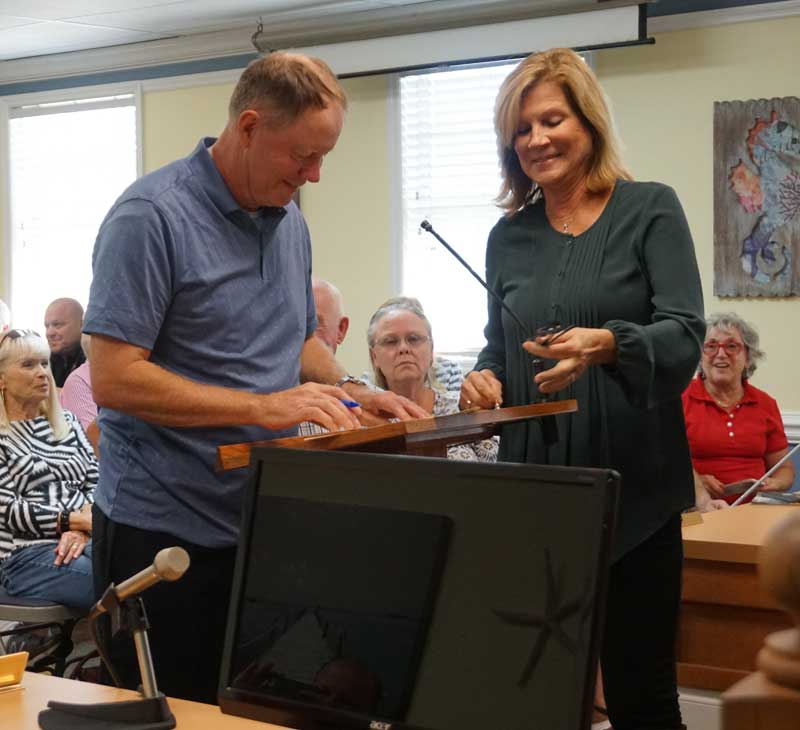 John Chappie took the reins Nov. 20 for a fourth term as mayor of Bradenton Beach and spoke about why he’s taken the path from the city to the county and back again.

He told The Islander his government service is about “giving back,” giving a voice to community and transparency.

Residing in Bradenton Beach since July 1, 1974, he’s mostly lived on the city’s south side.

“I knew it was home when I got here.”

In November 2007, based on the term limits in the city charter that were approved by voters in 1996, he termed out as mayor and was back in a Ward 4 commission race, which he won. He served one year of that two-year term, before resigning to step up to a slightly bigger stage.

In 2008, Chappie won the Board of Manatee County Commissioners District 3 seat — defeating the incumbent and holding two terms as a county commissioner for the district that includes Anna Maria Island, Longboat Key and Cortez.

Chappie announced he would not run for a third county term and turned again to Bradenton Beach.

In November 2016, his winning streak continued with a winning bid for another two-year term as the Ward 4 commissioner.

However, he resigned to make another bid for the mayor’s office.

Chappie said his path is about wanting to give back.

“I had served three terms as mayor. I still wanted to contribute and to give back,” he said.

And his move to the county was aimed at bringing municipal voices to the table.

He also felt qualified to represent the five municipalities in District 3.

“It was a good fit because I have a good understanding of how municipalities work and good relationships with all the mayors,” he said.

Chappie sees a need for the city and county to work together to strengthen home rule — and would “absolutely” like to see it stronger and plans to keep an eye out for state legislation that might threaten the cities’ authority.

“Look what happened to us in 2011 with the party houses. They took over the home rule to govern that issue,” Chappie said.

Chappie had “no comment” when asked if the city might drop its lawsuit alleging Sunshine Law violations against former volunteers from the planning and zoning board and Scenic Waves committee, except to say “the commission will make those kinds of decisions.”

He stressed “government in the sunshine,” open meetings and record retention as important issues — so people trust their elected officials.