The Sarasota Bay Estuary Program’s sea-level-rise map illustrates how a 3-foot rise would impact Anna Maria Island and Egmont Key, which would be underwater. The National Oceanic and Atmospheric Administration’s highest projection rise is 2.56 feet by 2050. 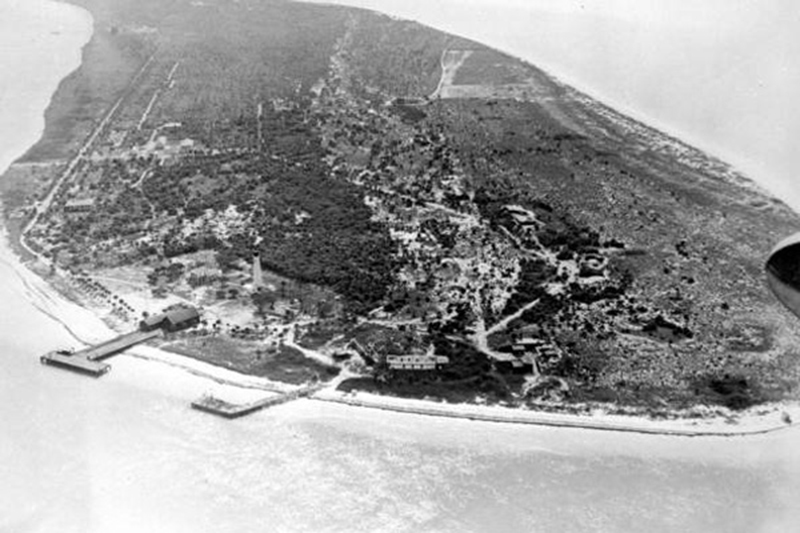 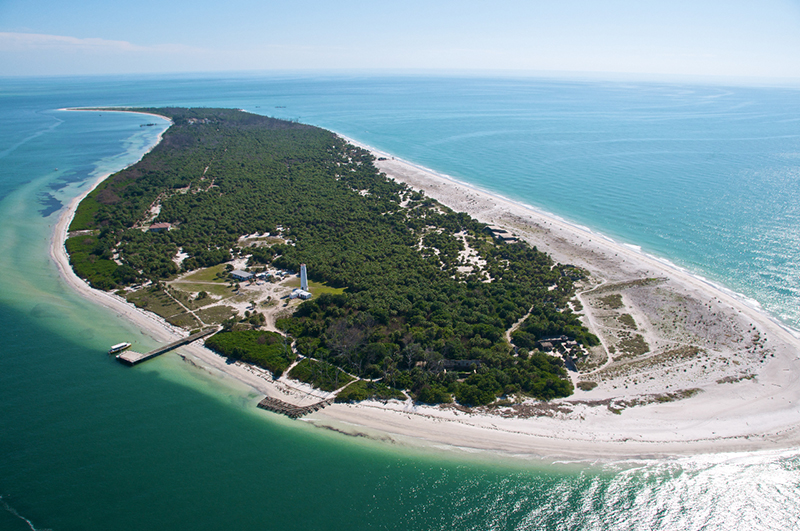 Off the northern tip of Anna Maria, past Passage Key and across the channel to Tampa Bay, sits Egmont Key. A national wildlife refuge since the 1970s and a state park, Egmont covers 440 acres and its average elevation is just 3 feet 1 inch above the surrounding sea, according to the U.S. Geological Survey. Egmont is listed on the National Register of Historic Places.

In late 2017, Egmont Key was named one of 11 most endangered places by the Florida Trust for Historic Preservation. The downfall of Egmont is what draws people there — the water.

The trust said the key is endangered because of severe erosion made worse by rising seas. Since 1849, some 380 acres have disappeared and, despite yearly sand replenishment by the U.S. Army Corps of Engineers, two of the five historic gun batteries have been submerged.

The lighthouse has stood since 1858, faring well in storms. Remnants of Fort Dade from the Spanish-American War era remain on the key’s highest elevation at just over 6 feet.

Egmont has historical significance for the Seminole Tribe of Florida.

Visitors and locals arrive by boat to lollygag on the key’s beaches, take photos of wildlife or snorkel submerged ruins.

Fast-forward to 2050, when Jennifer Shafer, a local scientist with Shafer Consulting of Sarasota, says Egmont Key will be a lot different.

“Except for the north end, where there is a slight rise in the elevation, Egmont will be mostly underwater,” Shafer said in a phone interview Jan.22.

The National Oceanic and Atmospheric Administration produces the projections many scientists rely on for sea-level rise predictions. Projections are based on greenhouse gas emissions, water vapor and the “best understanding” of the science of ice melts, to which sea level rise is tied.

“It doesn’t look good for any of our barrier islands,” Shafer said.

Any of our barrier islands?

Her prediction includes Anna Maria Island, Longboat Key and all the islands up and down the Florida coast.

“Dune systems keep the flooding down on the Gulffront side of barrier islands,” Shafer said. “But the bay side is often inundated.”

It’s a familiar scenario to local islanders, as water levels rise and amounts of precipitation that result in flooding are lessening.

“We also have the so-called ‘sunny day flooding’ where we see water coming up out of the manholes when the weather is perfectly clear. This is sea water,” Shafer said.

Extreme high and low tides, known as king tides, play a role in coastal flooding. They predictably occur with an alignment of the moon, Earth and sun.

But now, with tidal levels creeping up an average of 0.107 inches — about the same as a slice of cheese — a king tide during a rain-producing storm can drive water levels up on low-lying islands by feet in worse-case scenarios.

In October 2017, Anna Maria experienced flooding due to king tides, with water to Gulf Drive from Sarasota Bay.

How much is the water expected to rise? And how accurate are the predictions?

NOAA projects by 2050 levels with calculations in the low, intermediate and high ranges beginning in the year 2000. The current graph includes:

The rise in sea level stands at 1.9 inches from 2000 to 2017. Longtime tidal gauges in St. Petersburg, monitored since 1950, are at historically high rates, rising about an inch a decade, and, in the past decade, showing signs of acceleration.

Shafer cautioned it has not been long enough to show statistical significance, but certainly merits watching.

What do all the numbers mean to islanders going about their business or living the dream by a sunny shoreline?

Using the height of the average woman, the low-rise number would put water levels at the bottom of her calf.

But if the worst-case scenario were to materialize, that same woman would be wading through water over the knees and almost to the hip in 2050.

Next Week: What we can do, what’s already being done on the island and what Anna Maria Island and Egmont Key might look like in 2050.