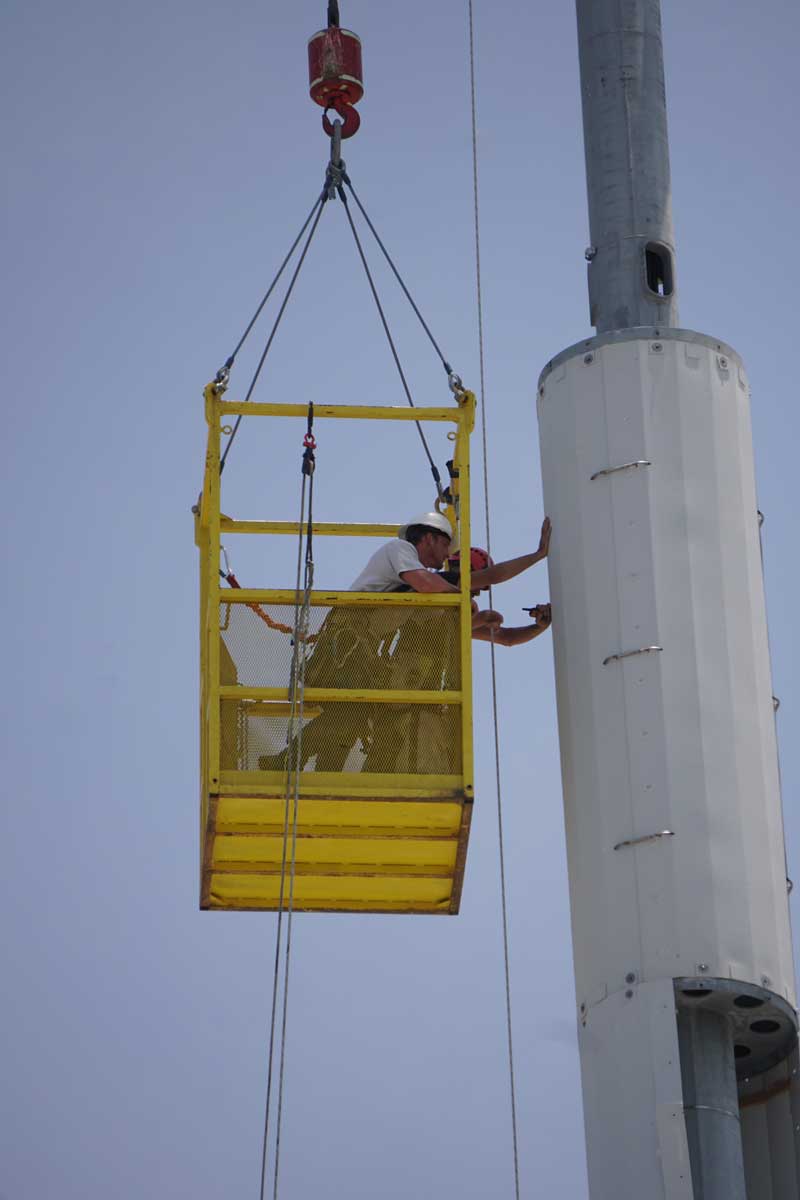 AT&T wireless customers in Bradenton Beach can hear you now.

Nearly five months after plans were announced to install the carrier, AT&T antennas were added to the cell tower on Highland Avenue in Bradenton Beach.

The location of the antennas near the top of the tower should lead to better reception for AT&T customers, according to Bradenton Beach Police Chief Sam Speciale.

Bradenton Beach leases city land to SBA and Speciale is the contact for the city.

After reported 17.9-mph wind gusts July 21 and July 22 loosened panels on the tower, Bradenton Beach Marina owner Mike Bazzy contacted the city July 23, concerned the panels could fall and injure people — or damage boats — at the marina at 402 Church Ave. N., adjacent to the tower.

“Over the weekend, I tracked wind gusts at 17.9 mph,” Bazzy said July 23. “That’s not even high winds and it looked like it was blowing apart again.”

He wrote Bradenton Beach public works director Tom Woodard, who emailed SBA representatives about the tower, saying: “We have experienced high winds this weekend and are concerned about the damage that has occurred to the tower.”

According to Woodard, workers were repairing panels on the tower July 24.

When Hurricane Irma blew by Sept. 10, 2017, the storm took down a 4-by-12-foot section of tower paneling, which landed on a boat in the marina.

A reinforced locking system was installed on the tower in February.

The tower, constructed in September 2014, provides revenue to the city.

The city received a $320,000 advance payment in June 2014 from the tower’s builder, Florida Tower Partners of Bradenton.

In 2017, the city received $1,093.48 in cell tower revenue from carriers Cingular, now defunct, and Verizon Wireless, the other carriers on the tower.