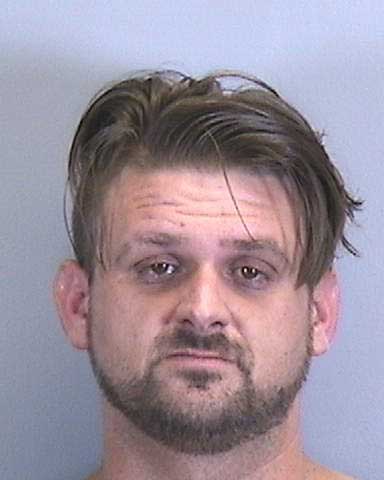 Nickolas Guerra, 34, was arrested at 4:20 a.m. Sept. 8 for driving under the influence after Holmes Beach police observed him driving on a tire rim — damaging the road surface in 6400 block of Marina Drive.

After being stopped, the motorist exited his vehicle and attempted to retreat into his home. When told to return to his vehicle, he refused, became agitated and defensive.

Officers conducted a search and, after noticing marijuana roaches in the vehicle, found an electronic taser in the console.

HBPD determined Guerra was a convicted felon from Illinois.

He was transported to the Manatee County jail, where he provided breath samples measuring blood-alcohol concentrations of 0.120 and 0.111. The legal limit is 0.08.