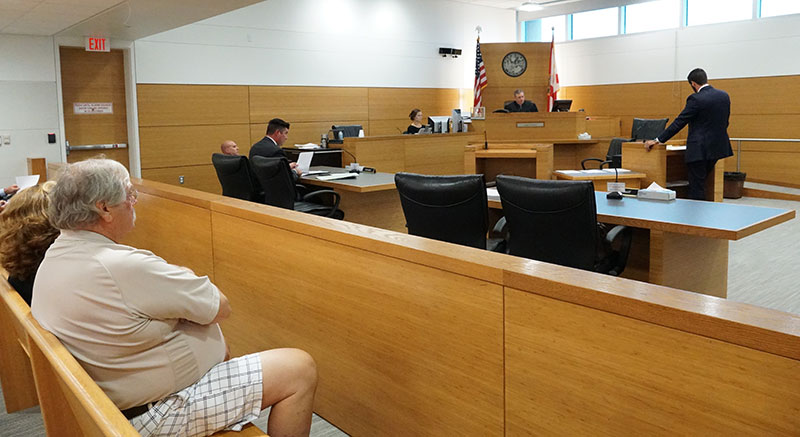 Two lawsuits in 12th Circuit Court embodying the divergent interests of rental property investors and residents in Holmes Beach saw a judge come down on the side of residents the last week in August.

The ruling sent the Kaletas back to the legal drawing board with 10 days to replead the counts in the two cases.

Before Arend’s ruling, the Kaletas dropped the only other count in both complaints. Those counts sought temporary injunctions against the Motzers based on an anti-stalking statute.

The Kaletas filed the suits in April against the Motzers, citing Holmes Beach police call logs between April 2017 and December 2017 that show more than 20 noise complaints about the Holmes Boulevard property and 40 noise calls complaining of noise problems next door on 55th Street.

Arguing for the Motzers, attorney Anthony Manganiello III of Icard Merrill in Sarasota said the Kaletas did not allege facts supporting a protectible business interest, the anonymous calls couldn’t be attributed to his clients and “one and then two phone calls is not enough to rise to the level of unjustified interference.”

Attorney Aaron Thomas of Najmy Thompson, representing the Kaletas, argued back, saying his clients’ complaints were sufficient based on the defendants’ unjustified calls made “to discourage and deter vacation renters from coming back.”

The judge ultimately sided with the Motzers.

After the hearing, Thomas had no comment about the judge’s decision or why the Kaletas dropped their stalking claims.

Manganiello said his clients were “very happy” about the dismissal and they expect the Kaletas will amend their complaints.

In a related suit, in which the Motzers ask for the city to enforce its noise ordinance, a hearing is set at 9:30 a.m. Monday, Sept. 24, at the Manatee County Judicial Center, 1051 Manatee Ave., W., Bradenton.