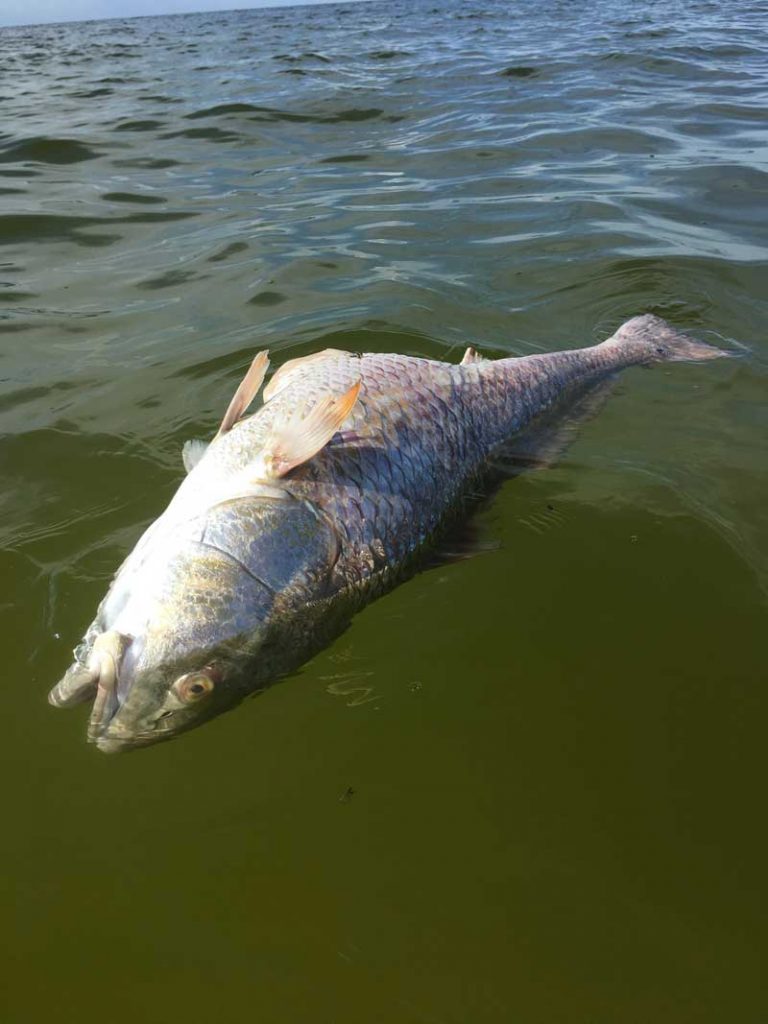 Local business owners didn’t need a report from the Bradenton Area Convention and Visitors Bureau to tell them August revenues were down. They lived the drop.

A decline of $4,395,600 in direct visitor spending compared with August 2017 is a 17.5 percent drop from last year’s record high numbers. And, after a stellar year of numbers soaring up, up, up in virtually every monthly report, red tide crashed the trend.

According to Walter Klages, whose Research Data Services Inc. of Tampa compiles the numbers for the BACVB, the bad bloom of red tide translated into a $6,942,000 economic impact deficit in Manatee County in August 2018.

Revenues were down. Employees were scrambling. And employers were searching for ways to work through the harmful algae bloom without losing their shirts.

Numbers coming to the BACVB run a month in arrears, so the August impact is just tallying up. September, traditionally the slowest month of the year for beachfront lodgings and businesses, may fare even worse, based on business owners’ observations.

In August, as the red tide bloom hugged the coast, reports flooded the national news, keeping Anna Maria Island Chamber of Commerce officials and others in visitor-based businesses fielding questions from travelers about beach conditions in late summer and early fall.

Since June 1, the BACVB said roughly 1,200 items linked to red tide with keywords associated with the bloom, Manatee County or Bradenton area were published.

Another flurry of coverage occurred Aug. 22-23, when the AP published a story on the wildlife toll due to red tide.

Then, national coverage waned, with only four national stories on red tide tracked by the BACVB as of Sept. 14.

Elliott Falcione, of the BACVB, said perception of the red tide might be as difficult to combat as the bloom.

“You have to know what you can control and what you can’t,” Falcione said at the start of the red tide crisis in August.

The decrease in national coverage leaves the perception red tide has receded and that affected areas are “by and large back to normal,” according to the BACVB.

“Provided conditions remain the same or improve, little red tide coverage is expected, though ‘Coast is Clear’ initiatives and messaging in the upcoming months will aid in efforts to steer this conversation,” according to the bureau’s report.

Falcione said marketing campaigns will launch within a 100-mile radius to bring in Floridians looking to spend a day or two at the beach — and in island accommodations.

Bookings have been slower to materialize according to a survey by the BACVB. Lodgings as of Sept. 28 were reporting 79.2 percent booking for the next three months compared to the same period in 2017.

Some international travelers cancelled or moved holiday dates, preferring not to take a chance on encountering red tide.

In several weeks, September numbers will be available and the toll of red tide, now moving into its ninth week on the coast of Anna Maria Island, will become clearer.