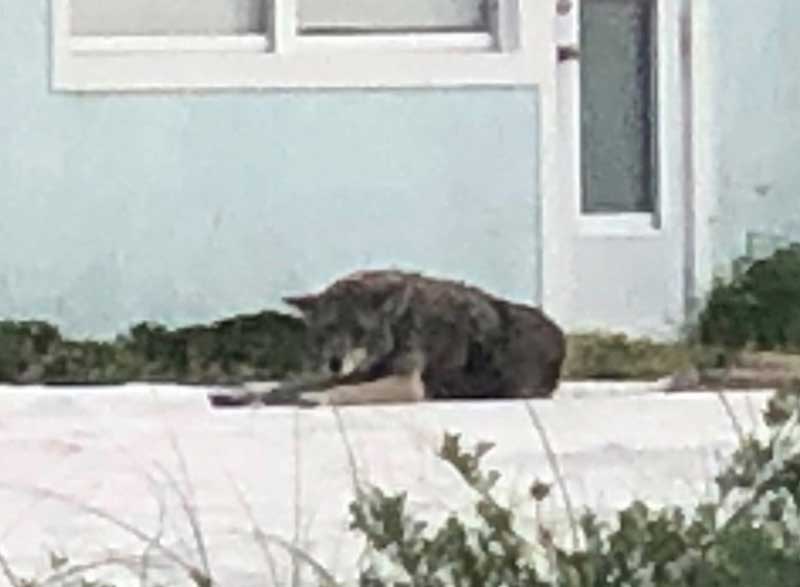 Steps are being taken to relocate a handful of coyotes seen prowling the streets of Anna Maria.

Mayor Dan Murphy said at a meeting Nov. 8 that public works manager Dean Jones is coordinating the relocation of coyotes from the city and is speaking with two trappers, each with different methods to trap and relocate wildlife.

Murphy will return to commissioners with a presentation on how the city can remove the animals, and he said he plans to bring up the coyote issue for discussion at the next meeting of the Coalition of Barrier Island Elected Officials at 1 p.m. Tuesday, Nov. 13.

In Holmes Beach, Police Chief Bill Tokajer spoke to Mayor Bob Johnson Nov. 9 about coordinating with Anna Maria on the issue. Tokajer also said Longboat Key met with an FWC representative about trapping the animals, but the municipality decided not to take action due to having to euthanize them.

In the meantime, citizens are worried about the safety of their pets, as well as turtle nests on the beaches.

Earlier in the Anna Maria meeting, Jeff and Jean Murray and voiced their concerns about coyotes roaming outside their home on Hardin Avenue.

Jeff Murray said he has seen five coyotes in the city and asked commissioners to consider relocating them. Wife Jean said she watched a coyote stroll down her street and was concerned for her pets.

Commissioner Carol Carter said she saw a coyote outside her home on Willow Avenue, and her husband has resorted to carrying a golf club for protection while walking their dog.

According to the Florida Fish and Wildlife Conservation Commission, owners can protect their pets by keeping them indoors, walking dogs on short leashes and avoiding large areas of foliage, as well as removing pet food and securing garbage outside the home.

Citizens approached by coyotes are advised by the FWC to wave their arms and yell towards the creature, or throw objects to scare them away.

One thought on “Anna Maria hopes to relocate coyotes, Holmes Beach, too”