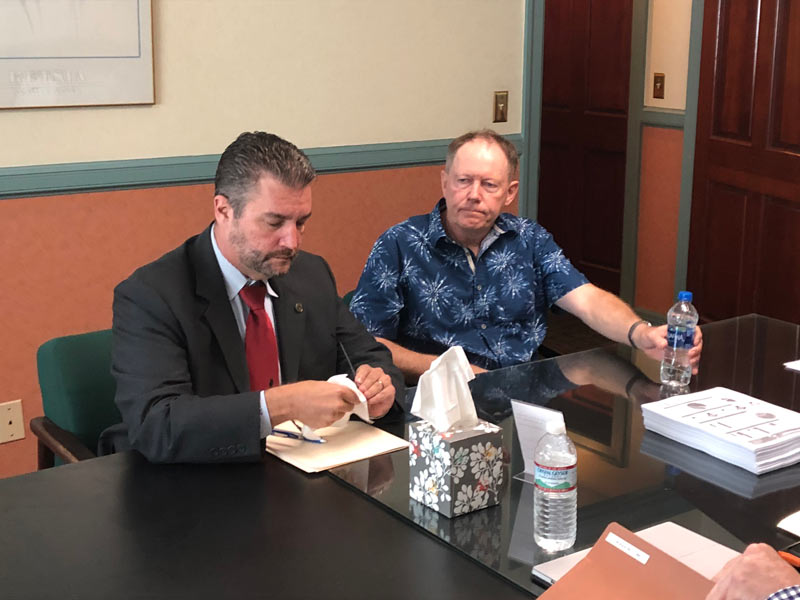 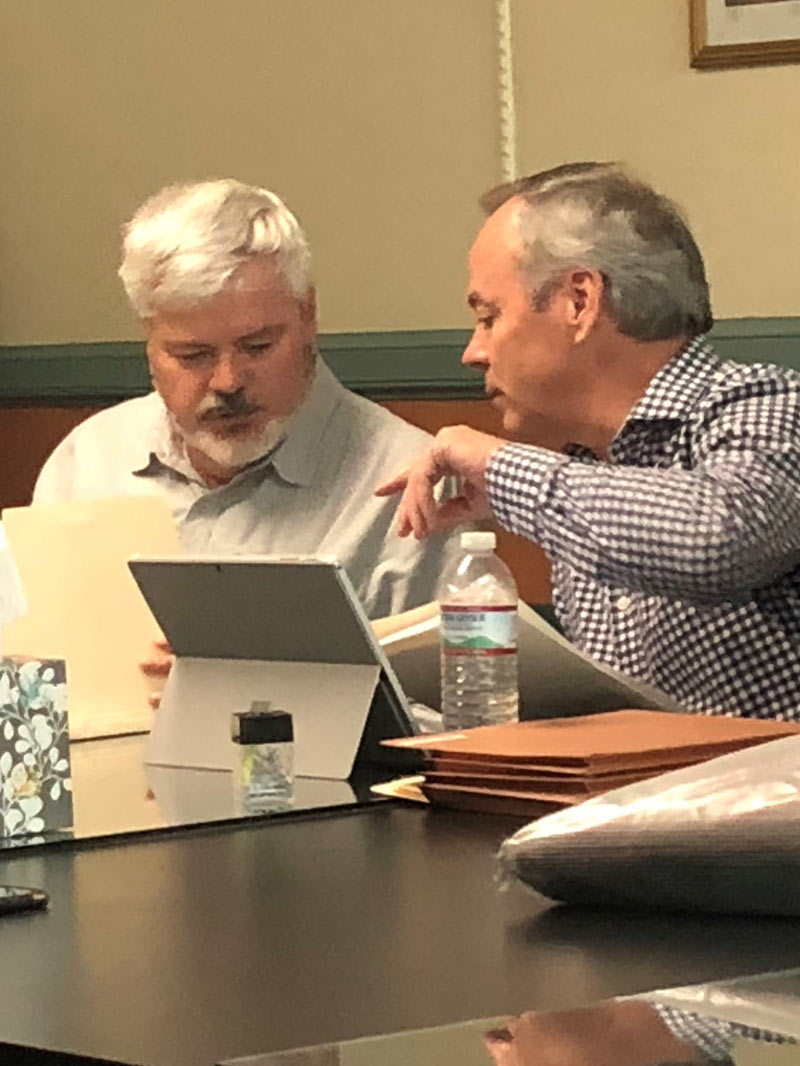 Florida’s Government-in-the-Sunshine Law is being dissected in Bradenton Beach.

White is not a defendant in the suit.

However, during his 2017 campaign, he expressed support for Concerned Neighbors of Bradenton Beach — the now-defunct grass-roots group that the six defendants — Reed Mapes, Tjet Martin, John Metz, Patty Shay and Bill and Rose Vincent — belonged to when they allegedly violated the Sunshine Law.

Prior to the deposition, Robert Watrous, attorney for Clarke and the city, requested production of White’s email and text messages with the defendants prior to taking office and also scheduled a deposition with White.

White was deposed Nov. 14 by Watrous and cross-examined by Mapes’ attorney, Jim Dye, and the attorney for Metz, Thomas Shults.

Paralegal Michael Barfield also attended the deposition on behalf of the plaintiffs.

Watrous began by telling White that his questions would not include any business relating to his current tenure as commissioner.

As a commissioner, with the city as the plaintiff in the suit, White attends confidential shade meetings, which can include discussion on strategy for the lawsuit.

Watrous asked White questions confirming the documents he provided included all forms of communication — emails and texts — that White would have shared with the defendants.

He inquired about White’s relationship to CNOBB members before becoming a commissioner. White responded that he knew some of the CNOBB members, including the Vincents, but he met others during his campaign and at meetings he attended prior to being elected.

Watrous asked White if Sunshine Law was mentioned at any of the CNOBB meetings White attended. White responded that he had heard it mentioned, and at that time had minimal knowledge of the Sunshine Law, but “from that knowledge I didn’t believe they violated anything.”

Dye asked White if he had inquired whether the city would pay for the legal fees that would be incurred from his subpoena.

White said that he brought the matter before the commission and made a motion for assistance with the fees, but it died for lack of a second. He said Mayor John Chappie stated at that meeting that since White was a private citizen, not a commissioner for the purposes of the deposition, the city was not responsible to foot White’s legal bill.

Depositions for the case will continue through the end of the year, with Metz scheduled Dec. 4 and Bill Vincent set for questioning Dec. 12.

Barfield weighs in
During the Nov. 15 Bradenton Beach meeting, Barfield gave an update to commissioners on the lawsuit.

He said Judge Lon Arend of the 12th Judicial Circuit Court set a case management conference for Dec. 3 and would provide a trial date at that time, as well as the schedule for the remaining depositions.

He said the goal is to get on the judge’s February 2019 docket, but Shults has vacation plans that pose a conflict.

According to Barfield, the plaintiff’s counsel plans to object to Shults’ conflict on the basis that “the case needs to move forward promptly and there’s been too much delay already.”