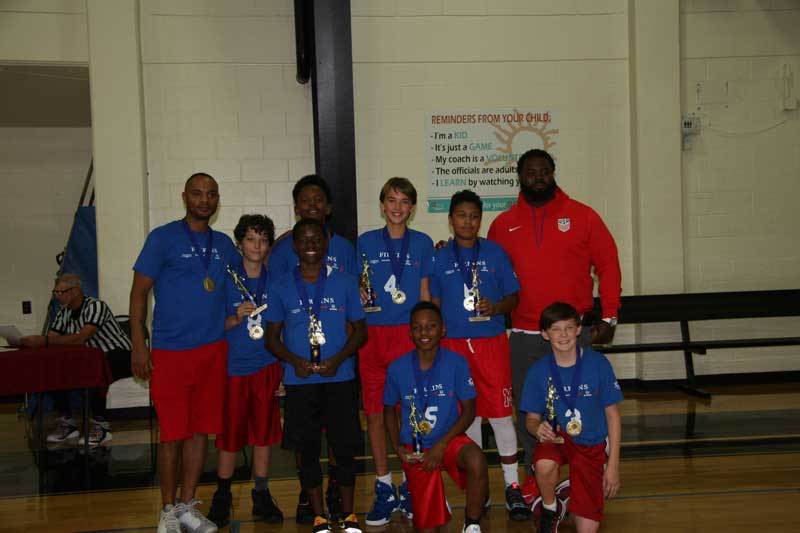 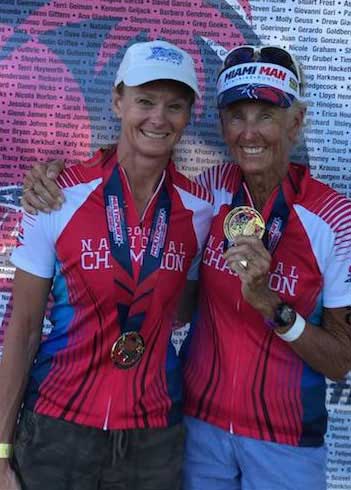 Island resident Sandy Meneley is at it again! She competed Nov. 11 in the USA National Triathlon Championship in Miami.

Due to minor eye and nose surgeries and the persistent presence of red tide, Meneley was unable to properly train for the Iron Man Triathlon. She instead competed in the Half Iron Duathlon, which consists of a 6.2-mile run, a 56-mile bike ride and culminates with a 13.1-mile run.

Meneley placed first in her 70-74 age group to earn a national championship. However, due to the fact that she was the only competitor in her age group, she set a goal of finishing the event in under seven hours and she beat most of the competition over 60 years of age. She finished ahead of 90 percent of the 60-plus participants and had the distinction of being the oldest competitor in the event, which is usually reserved for male competitors.

Meneley ran the first leg in 57 minutes, biked the second leg in 3 hours, 11 minutes and finished with a 2 hour, 21 minute time over the final 13.1 miles to finish with a time of 6 hours, 39 minutes, counting transition times.

Her daughter, Lesley Brainard, 48, of Collierville, Tennessee, also competed and won her age division in the Half Ironman Triathlon (swim 1.2 miles, bike 56 miles, run 13.1 miles). She also was the overall female winner, adding another national champion to the family. The win qualifies her for the world triathlon championship in Pontevedra, Spain.

As usual, Meneley’s husband Fritz was master encourager, but with wife and daughter competing, he had to pull double duty, trying to catch wife and daughter at critical race points to encourage them and give each of them updates on how the other was doing in their race.

Meneley says she will continue competing in local running events over the winter, ranging from 5Ks up to half marathons.

Congratulations to the Meneleys from The Islander!

Due to the Thanksgiving holiday, there was a short week of golf action at Key Royale Club in Holmes Beach.

The women took to the course Nov. 20 for a nine-hole individual-low-net match in four flights.

Margrit Layh earned a slim victory in Flight A with an even-par 32, edging Helen Pollock and Brenda Solleveld by a stroke.

Tootie Wagner’s even-par 32 was good for first place in Flight B. Carol Duncan was a stroke back in second and Cathy Rice took third with a 4-over-par 36.

Jan Turner carded a 1-under-par 31 to grab first place in Flight C. Sue Wheeler finished with a 1-over-par 33 to take second and Pam Alvord came in third with a 2-over-par 34.

Terry Westby had a chipin on the seventh hole on the way to a 4-under-par 28 and first place in Flight D. Janet Razze took second place with a 3-under-par 29 and Susan

Sally York’s round was punctuated with a chipin on the sixth hole to round out the day.

Two teams emerged from pool play to battle for the day’s championship during Nov. 21 horseshoe action at the Anna Maria City Hall horseshoe pits. The team of Gene Bobeldyk and Bob Lee rolled into the winner’s circle with a dominating 25-4 victory over Tom Farrington and Adin Shank.

The Nov. 24 games saw four teams advance to the knockout stage with matching 3-0 records during pool play. The first semifinal saw Hank Huyghe and Bob Palmer earn a 22-13 victory over John Crawford and Farrington, while Lee and Bob Rowley advanced with a 21-0 shutout over Neil Hennessey and Rod Bussey, the third shutout for the Lee-Rowley team in four matches. Huyghe and Palmer won the day’s proceedings with a 21-11 victory over Lee-Rowley thanks to seven consecutive ringers by Palmer in the championship game. Palmer also threw nine consecutive ringers during pool play.