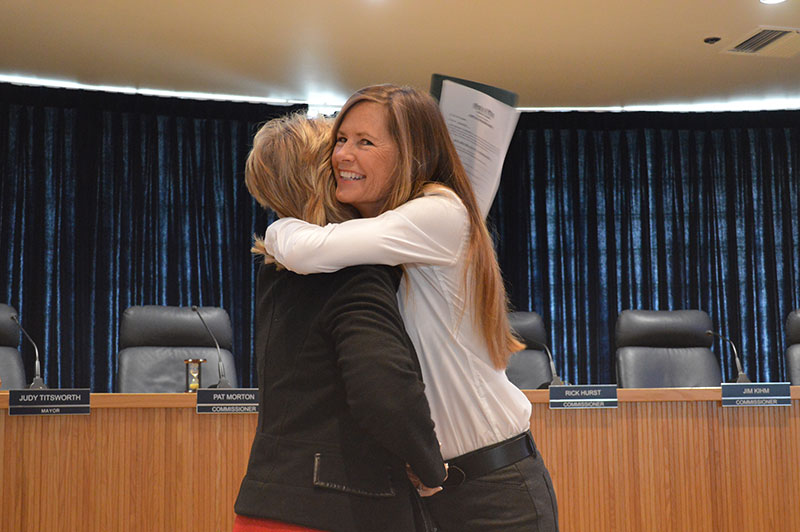 “It’s hard not to when you grow up here,” Titsworth, newly elected mayor of Holmes Beach, said Nov. 29 of her time spent rescuing animals caught in fishing line in Sarasota Bay.

“We played outside every single day. I lived in the bay or I lived in trees. When you grow up on the water like that, it’s all you can do but love it.”

Titsworth grew up on Anna Maria Island — a third generation member of the Holmes family. Her grandfather John E. Holmes Sr. is the namesake of the city that was incorporated in 1950.

She said she hopes to see more longstanding islanders getting involved in city government.

“I would love to get more people that have been here for 20 years or more to volunteer” for civic service, Titsworth said, regarding Holmes Beach. “People who understand the comprehensive plan is our compass.”

She said she would work with the building department to ensure permits are issued in a timely manner.

“I have just been reading, reading and studying that comp plan to make some really informed decisions,” Titsworth said.

She said she had people ask her why she would give up her seat as a commissioner — she served as chair — to become mayor.

Holmes Beach operates under a strong mayor form of government and, as a commissioner, Titsworth had a vote on legislative decisions. As mayor of the city, elected by voters, she becomes management — entrusted to carry out legilative decisions.

“I was asked, ‘Why would you want to be mayor? You have so much power as chair,’” Titsworth said, adding that she knows there has been discussion in the city regarding a city-manager form of government.

Titsworth said she anticipates the work to come from the newly elected charter review commission.

Their review recommendations will be placed on the November 2019 ballot.

“I want them to be able to shine in the charter positions,” Titsworth said. “It will benefit us all.”

Titsworth said she is confident in the city’s future.

“We can do it really well if we can all do it together,” she said. “This is about doing what’s best for our city.”