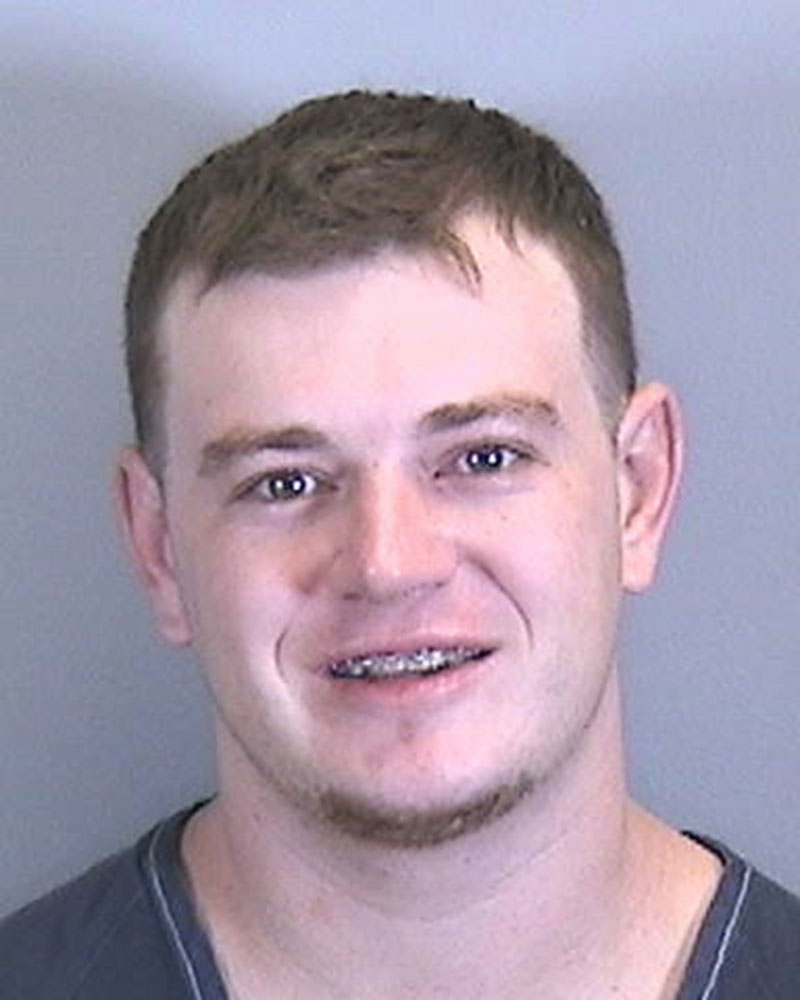 Gulf Drive at 30th Street was closed Thanksgiving morning for live power lines on the road.

Noah Wash, 22, of Holmes Beach, was arrested Nov. 22 for possessing 0.025 grams of cocaine, and 0.045 grams of marijuana after his red Dodge Charger hit a wood utility pole and pulled down the lines.

Florida Power and Light cut the power to the area until repairs were made.

Holmes Beach police were dispatched at 3:25 a.m. to the 100 block of 30th Street, where they found the vehicle on the north side of the street smashed into the pole without occupants and with airbags deployed.

Within minutes, Wash arrived on the scene, stating he went home to get his father.

He told police he became distracted looking at his phone, took a turn too wide and struck the pole.

HBPD officers found cocaine in the console and marijuana in the glove box.

A Manatee County Sheriff’s deputy placed Wash under arrest after a DUI investigation. According to the deputy’s affidavit, Wash allegedly performed poorly on a field-sobriety test and said he drank three “PBR tall boys” at a bar an hour earlier.

Wash was transported to the Manatee County jail, where he provided breath samples measuring 0.150 and 0.143 blood-alcohol.