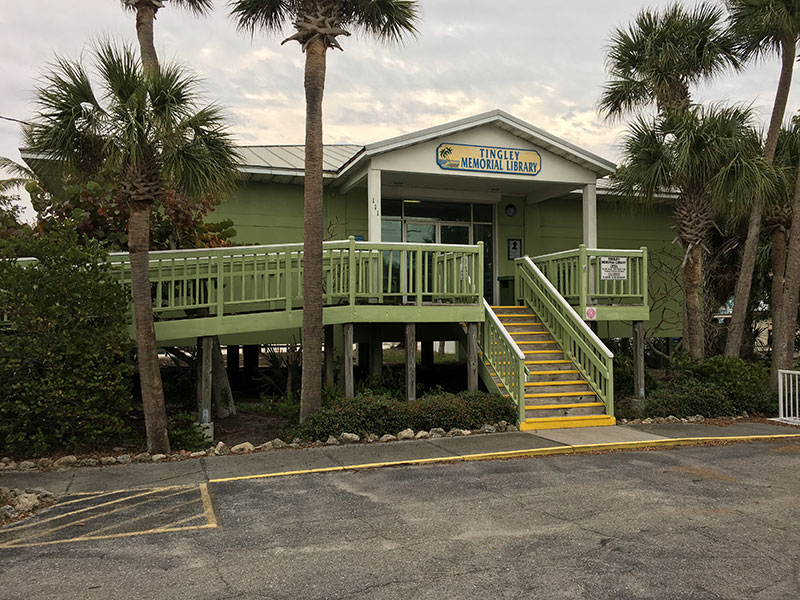 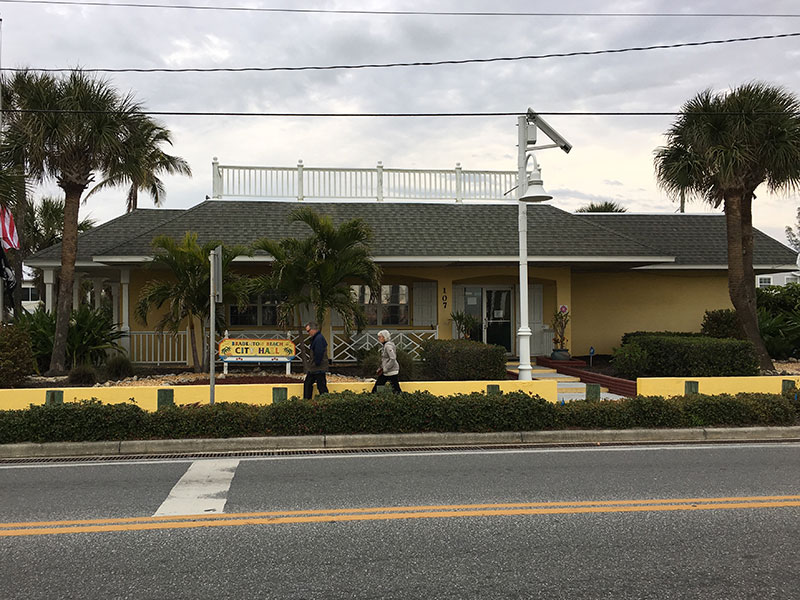 Bradenton Beach officials appear ready to move forward on major changes for city hall, the library and other public buildings.

Mayor John Chappie said Jan. 22 that he and building official Steve Gilbert will meet before Feb. 7, the date of the next city commission meeting, to discuss a plan and possibly appraise Tingley Memorial Library, 111 Second St. N., as well as city hall, 107 Gulf Drive N., and the public works and police department buildings at 403 Highland Ave.

“I just wanted to get this discussion started early in the year so we can make some type of decision within a few months, hopefully,” Chappie said. “We need to do something. We can’t just keep sitting on our hands with all the deferred maintenance.”

Gilbert told Chappie and city commissioners at the Jan. 22 meeting that the buildings face a laundry list of maintenance needs, and three of the public buildings are hampered by flooding issues and rising insurance premiums.

The library is elevated and locked in at an annual flood insurance premium of $2,600-$3,000, according to Gilbert. Other than some necessary maintenance, the building — which was constructed in 1994 — is in better shape than the others.

The public works building is not elevated and could face collapse in the event of flooding, according to Gilbert.

“We recognize the fact that if we decide to elevate everything, you can’t put hydraulic lifts and welders upstairs to service vehicles,” Gilbert said. “So we’re kind of stuck with that building. It’s just a matter of retrofitting it to reduce our flood insurance premium increases and then reinforcing it for wind so that it’s available after a hurricane comes through.”

Gilbert said the two-story police department needs flood-proofing barriers. The city also needs to explore wind mitigation measures for the building, including tie-downs to secure the roof in strong winds.

Of the four public buildings, city hall is in the worst condition, according to Gilbert. Built in the 1970s and renovated in the 1990s, the building has roofing issues and corroding rebar in the block structure.

Gilbert said city hall needs flood-proofing to mitigate rising insurance premiums, but added the efforts would not protect the building in a hurricane.

He recommended moving city hall to Highland Avenue with the police and public works departments.

“We elevate the building, tie it into the police department — which is already elevated well above base flood elevation — and then potentially sell these two lots, or three, or the whole block and integrate everything into one complex that’s next to the bridge, where we can get back to work as soon as the storm has passed and be available for the citizens.”

Gilbert estimated the cost at $2 million-$2.5 million, and recommended the city seek appraisals for the value of the four buildings.

Commissioner Jake Spooner said flood barriers for city hall could be problematic — to install and to maintain.

Yet Spooner said it would be tough to vacate and sell the lots that now hold city hall and the library. He suggested exploring repurposing the property.

For example, Spooner said, the property could produce revenue for the city as parking lots.

The mayor responded. “I’ll be honest, I really don’t like the idea of making this into a parking lot. I hear what you’re saying about how we can have a beautiful piece of property for public use, but if we’re going to have to relocate city hall, we have to figure out how we’re going to pay for it. Even without a lot of information, my guess is selling this piece of property would be one of the best ways to cover a lot of the costs, if not all.”

Commissioner Ralph Cole said the city should begin with getting appraisals.

“If we go ahead and get the current value of what we’ve got to work with, it will give us time to get the input of what the people really want, and that’s what we should base our decision on: what the majority of the voters want to see done,” Cole said.

Commissioner Marilyn Maro said citizens tell her they like city hall on Gulf Drive, and she wants to see city hall remain at the site, regardless of what is done with the building.