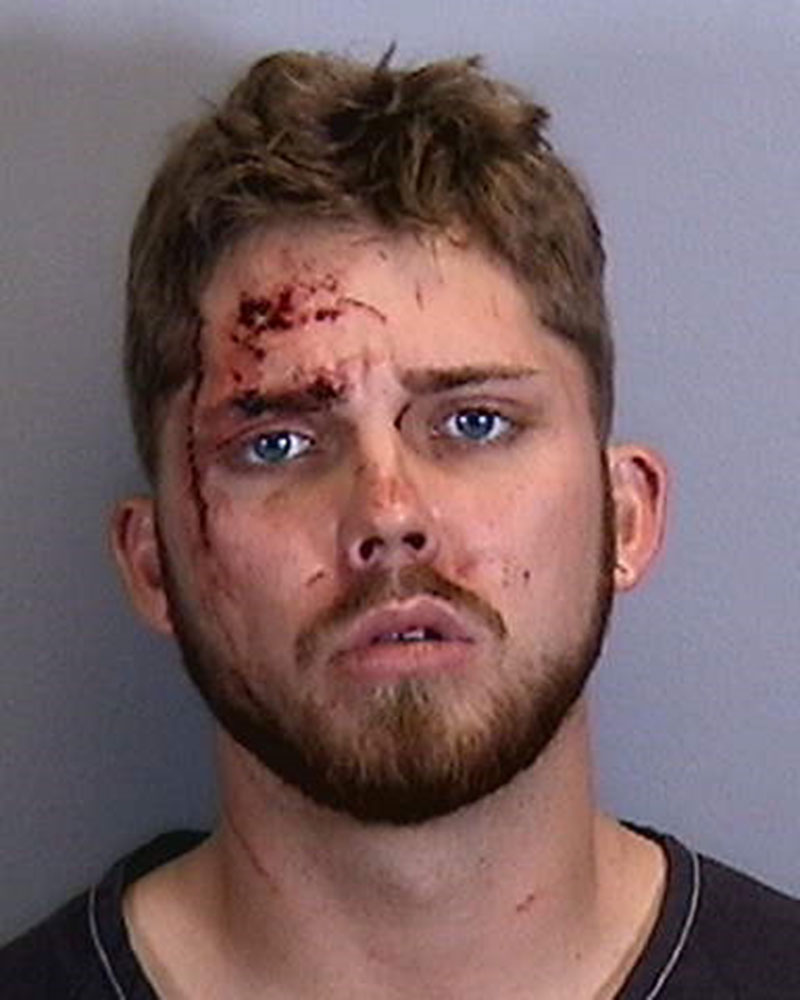 Two 20-year-old Sarasota men were arrested by Holmes Beach police after their SUV crashed into a palm tree Dec. 29 at Gulf Drive and Sunrise Lane.

The driver of a 2006 Toyota 4Runner, Joshua Snyder, was arrested for driving under the influence with property damage, as well as possessing marijuana and paraphernalia.

The front seat passenger, Andrew Ginsberg, was arrested, with police suggesting charges of possessing cannabis oil and paraphernalia, although the charges against Ginsberg were dropped by the prosecutor Jan. 15.

Both men were treated at Blake Medical Center in Bradenton, where Snyder refused to submit to a blood-alcohol test.

There was no report of injuries to a passenger in the backseat.

Holmes Beach police were working another crash in the 600 block of Manatee Avenue at 2:21 a.m. when Snyder’s vehicle hit a tree in the median in the 5300 block of Gulf Drive, and Manatee County Sheriff’s Deputy Robert Desch was called to assist.

Desch and Desantis reported the men were belligerent as they were transported to Blake and the Manatee County jail, with Ginsberg switching his handcuffs around from the back to the front of his body and Snyder kicking the police squad cage.

In a search of Snyder’s vehicle, police found 10 grams of marijuana in plain sight on the center console, hash oil in a backpack near the front passenger’s seat, a vaping device in an ashtray and burnt marijuana cigarettes on the vehicle floor.

To prove the crimes charged, the defendant must have knowledge and control over the substance and there was no proof of Ginsberg’s knowledge of the drugs, according to an interoffice memo by Assistant State Attorney Daniel Ley.