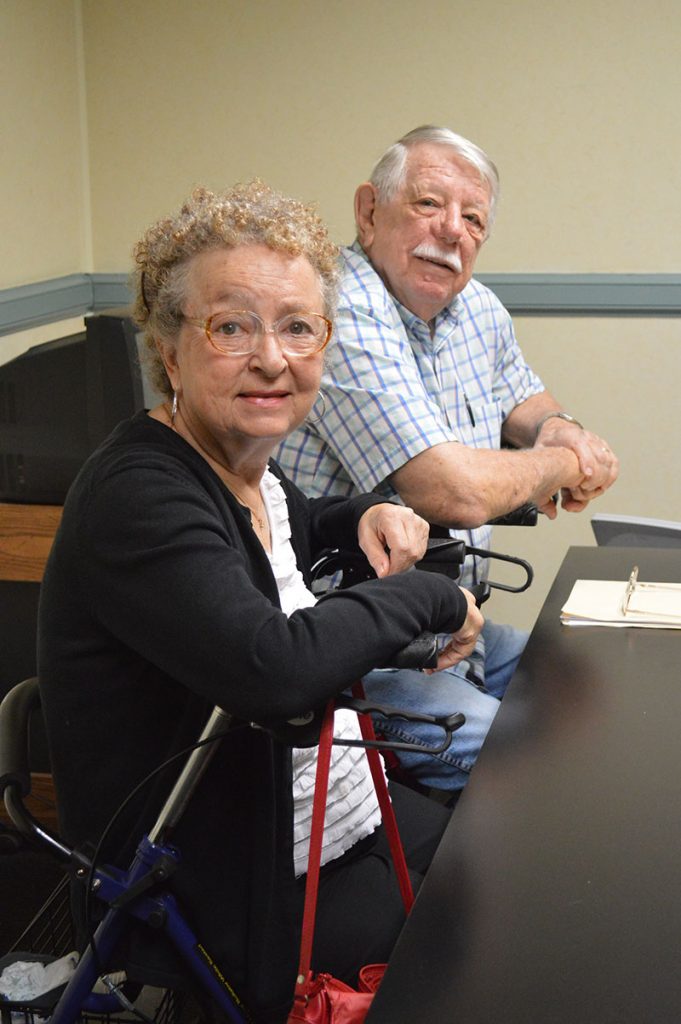 Another witness put his deposition on the record in the Bradenton Beach versus citizens Government-in-the-Sunshine lawsuit.

Michael Harrington, former webmaster for the now-defunct Concerned Neighbors of Bradenton Beach, was deposed Jan. 23 in the lawsuit initiated in August 2017 by ex-Mayor Jack Clarke and joined by the city against six former board members for allegedly violating the Sunshine Law.

Harrington is not a defendant in the suit.

However, since Harrington controlled the flow of information through the CNOBB website, he was deposed as a witness. He also provided nearly 10,000 documents to the plaintiff’s attorney, Robert Watrous, and his paralegal, Michael Barfield.

The six defendants — Reed Mapes, Tjet Martin, John Metz, Patty Shay and Bill and Rose Vincent — were members of the grass-roots group when they allegedly violated the Sunshine Law by discussing city business at CNOBB meetings and through phone calls, emails and text messages.

The documents provided by Harrington include emails, text messages and other exchanges of information between Harrington and members of CNOBB, as well as web information relating to the organization and its initiatives.

During the deposition, Harrington told Watrous he no longer possesses the computer he used for CNOBB business — it crashed about six months ago and would have been more expensive to repair than replace. So he allowed it to be destroyed.

Near the end of the proceeding, Watrous said the deposition would need to be continued as he planned to file a motion to have a forensic evaluation of Harrington’s current computer to research emails or other documents.

“There are still gaps — large gaps — where emails were not provided,” Watrous said Jan. 23. “There are emails indicating you attempted to delete files.”

An Oct. 13, 2017, the subject of an email from Mapes to Harrington reads, “What is your phone number so we can talk instead of emails.” In the body of the email, Mapes wrote, “And please delete this one and the previous one,” implying Mapes was asking Harrington to permanently delete communications.

Additionally, shortly after the lawsuit began, Harrington said he took the website offline and deleted its contents, including recordings of meetings, at the request of Bill Vincent, the founder of the defunct grass-roots group.

The deleted meeting recordings allegedly include discussion about prohibiting parking garages — a topic that the city alleges could have come before the P&Z board and the Scenic Waves Partnership Committee, which included members Martin and Rose Vincent.

Harrington also told Watrous he thought he deleted all CNOBB-related emails, not realizing emails were retained on a Google server.

When asked why he deleted the emails and other CNOBB materials, Harrington said he didn’t need them because he was no longer affiliated with CNOBB and he wanted to clear space on his computer.

Several more depositions are yet to be taken, including Metz, city attorney Ricinda Perry, who is scheduled to be deposed Feb. 13, and city planner Alan Garrett, who was scheduled for a Jan. 25 deposition but canceled due to medical issues.

A hearing for a motion of partial summary judgment for legal fees is planned for Jan. 31 at the Manatee County Judicial Center, 1051 Manatee Ave. W., Bradenton.

At a case management conference in December 2018, Judge Lon Arend of the Manatee County 12th Judicial Circuit Court ordered a nonjury trial the week of March 18.