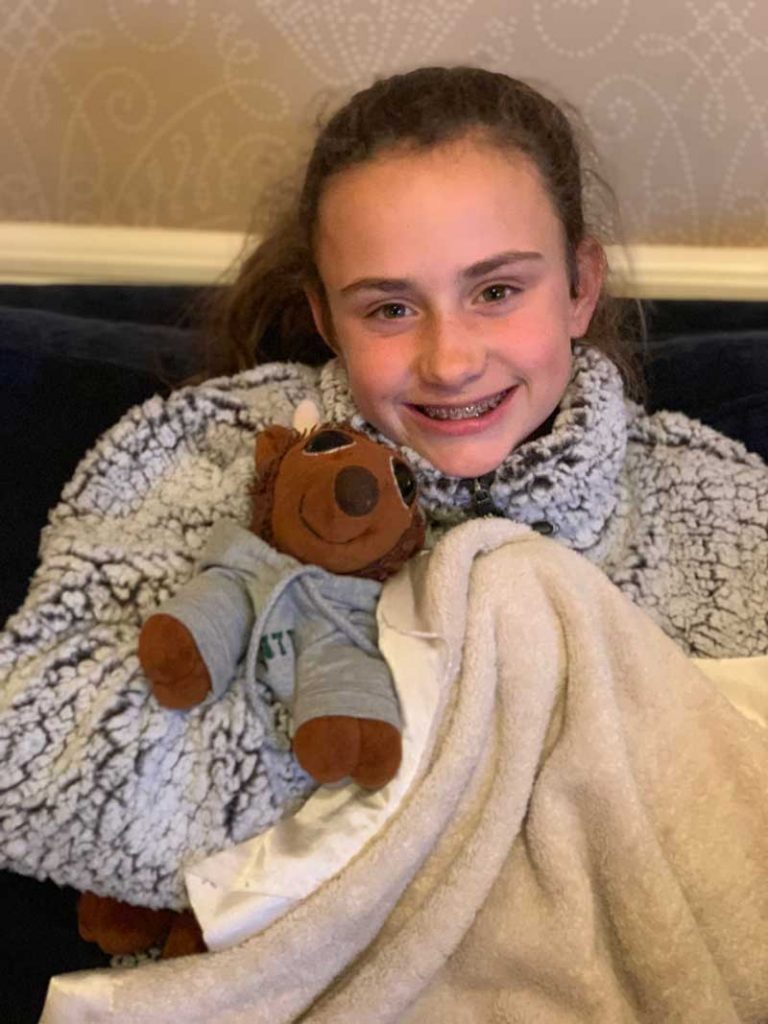 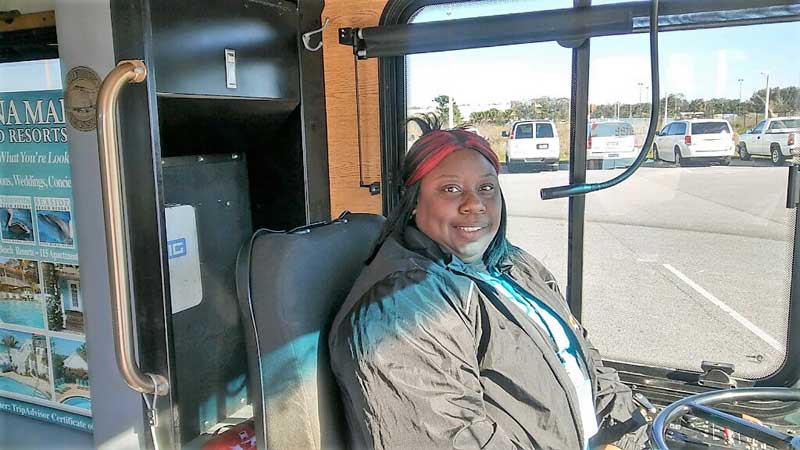 It’s a tale of a damsel in distress, a hero and a happy ending.

It starts with the McGoey family of New Jersey as they wind up their holiday on Anna Maria Island Jan. 2, piling their belongings into the back of a rental car.

En route to the airport, already in Bradenton near U.S. 41, they noticed the tailgate was open and 12-year-old Addison McGoey’s backpack, containing Rudolph the buffalo, a stuffed animal and her constant companion, was missing.

It was important enough to send the family back to the island on a search.

They circled back, retracing their route to where they began in Anna Maria at Elm Avenue, but they had no luck.

In spite of their efforts, Rudolph and the black backpack were not found.

Enter island trolley driver Patricia Adams. She was driving her route that day when she spotted a black backpack on the side of the street near Ginny’s and Jane E’s Coastal Store and Bakery Cafe.

Adams stopped the trolley and picked up the backpack to put in the lost and found, thinking a rider might claim the item. She also started to do a little investigating.

“I looked up the local Craigslist lost and found and there it was,” she told The Islander. “So, I called the number and made arrangements about sending it back.”

Adams has been driving for Manatee County Area Transit for 12 years, spending the past two years on the trolley loop.

“She is one of our very best drivers,” Kevin Sheerin, MCAT supervisor in the trolley division, said Jan. 10 of Adams.

He said Adams was nominated for state operator of the year in 2018 and would be nominated again.

The McGoey family was thrilled by her extra effort, and the return of the much-loved Rudolph.

Mom Theresa said Addison was facing the probability she would never see Rudolph again. The toy was a gift at age 3, and she towed it everywhere.

“She maintained her composure until we got home to New Jersey. Then I think it hit her she might never get it back. When I got the call from Adams, I sent Addison a text,” McGoey said.

“When I picked her up from school, she was all smiles,” she continued.

This was not the first time Rudolph was lost. In 2011, on another vacation, the furry buffalo got lost at the White House during the Easter egg roll on the South Lawn.

“He fell out of my purse,” McGoey said. “We told Addison Rudolph must have had some important business with the president. We found him in the White House lost and found.”

McGoey surmised, maybe he just likes to strike out on adventures of his own.

Rudolph and the backpack arrived by UPS Jan. 12 at the McGoey home in Summit.

“I told my daughter, there are a lot of good people out there,” McGoey said. “This just proves it once again.”