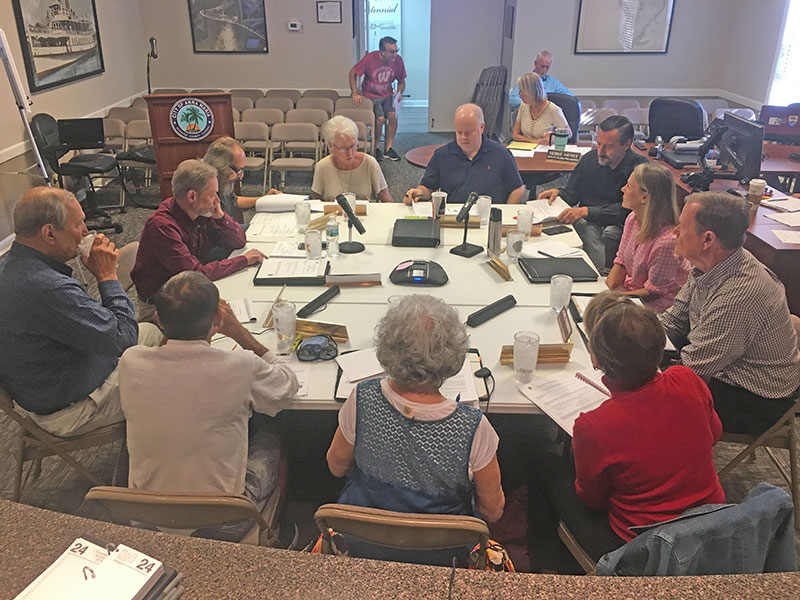 A hired city administrator might be in the future for Anna Maria.

“The city manager reports to the city commission, but I would strongly advise against that,” the mayor said. “It works, people do it — I mean, cities do it — but in the Bible it says that no man can serve two masters, and you’re asking someone to serve five masters. It’s really difficult. I think it will work, but I think things won’t get done fast.”

Short then asked commissioners if two years is a long enough term for elected officials.

“I just raise the question: Why is it only two? And should we discuss maybe more than two? So that’s the idea that we need to get feedback from you on as elected officials,” Short said.

Commissioner Amy Tripp said her first year as commissioner was spent learning the job and she would recommend three-year terms, so commissioners can accomplish more before seeking re-election.

Carter said she dealt with a learning curve during her first year as a commissioner. She has considered lengthening terms but said four-year terms might deter people from running for office.

Commissioners Dale Woodland and Doug Copeland said two-year terms are adequate and they did not recommend changes.

“What we’ve been doing seems to have been working,” Copeland said. “Yes, there is a learning curve, but I’m not sure it’s a year and, given the fact that the voters can get someone in there they don’t want, they’re stuck with them for four years or three years. Whereas with two years and no term limits, you have the opportunity to review that person’s work over the past two years come election time.”

Woodland said there used to be more full-time residents in Anna Maria and he would like to make it easier for people to participate by shortening the residency requirement for elected officials.

“The case law in Florida is very, very clear on that and I have litigated that in the past, and we’re not going to change that case law, and I don’t want to litigate that in the future because I’d lose,” she said. “That’s just what residency means in Florida.”