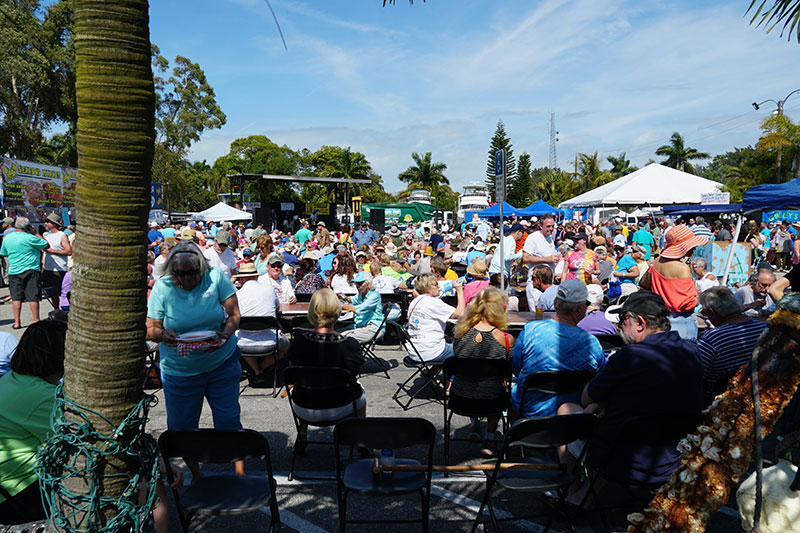 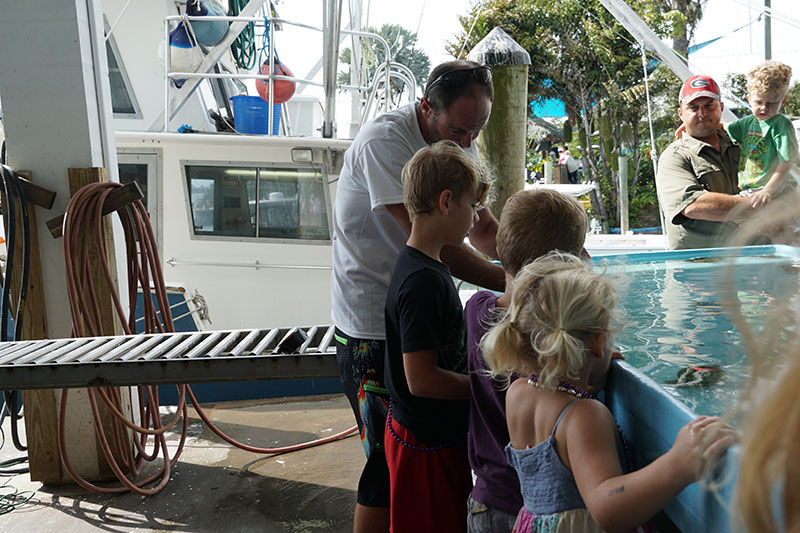 The Eric von Band, with Tim Chandler, left, Eric von Hahmann, Randy Neubert and Rudy Ramos, strikes a chord with the audience Feb. 16 at the fishing festival. Not pictured on drums: Tim Gross. 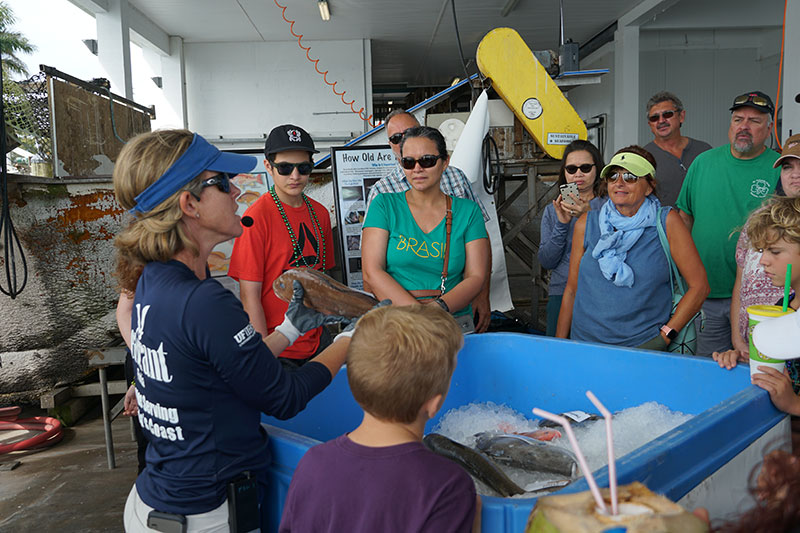 Angela Collins, a University of Florida Sea Grant extension marine biologist, talks Feb. 16 about the types of fish in Sarasota Bay as part of “Dock Talks” at the Cortez Commercial Fishing Festival. 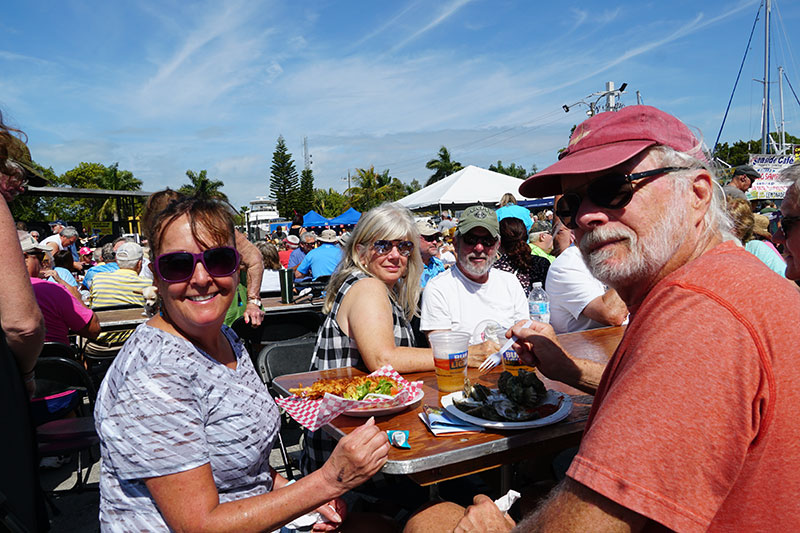 Terry McKiernan and Dave Bartnowski of Warwick, New York, pause for a photo before a seafood feast Feb. 16 at the Cortez Commercial Fishing Fest. Mike and Nancy Howell of St. Charles, Illinois, hang out behind the New Yorkers after their taste of the fest. 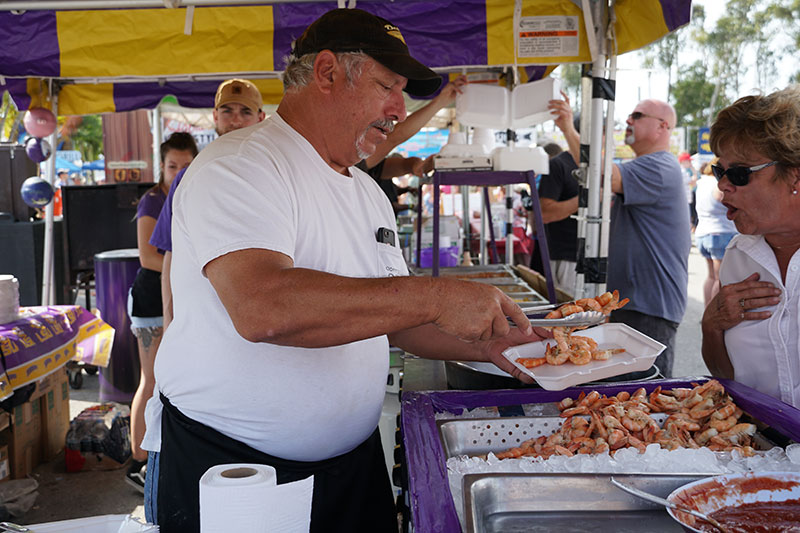 Capt. Bobby Greene of No Excuses Charters of Sarasota serves shrimp to an anxious festivalgoer Feb. 16. Greene said he’s been a Cortez Commercial Fishing Festival vendor for at least 20 years. 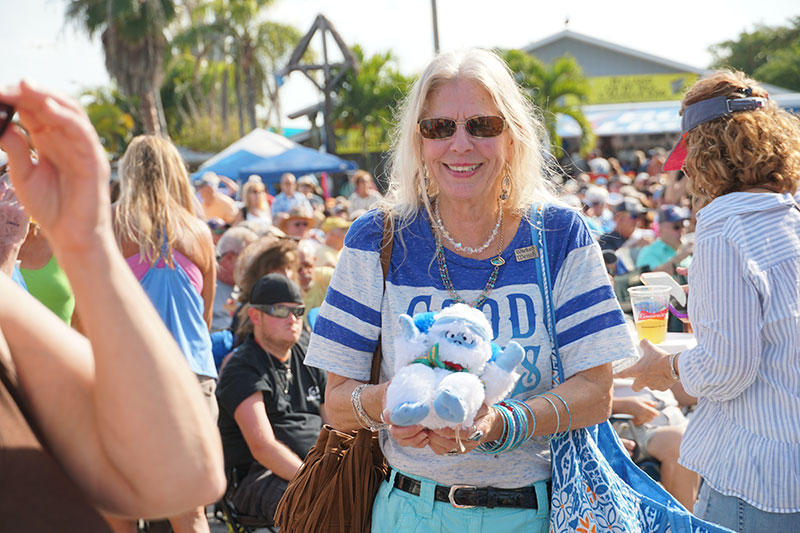 Donna Pugh of Bradenton smiles ear-to-ear Feb. 16 as she carries Casper, a plush toy, and enjoys the music surrounding the Cortez Commercial Fishing Festival. Pugh is a longtime employee at Old Hamburg Schnitzel House in Holmes Beach — and an avid fishing festival fan.
FacebookTwitterSubscribe
We use cookies to ensure that we give you the best experience on our website. If you continue to use this site we will assume that you are happy with it.Ok