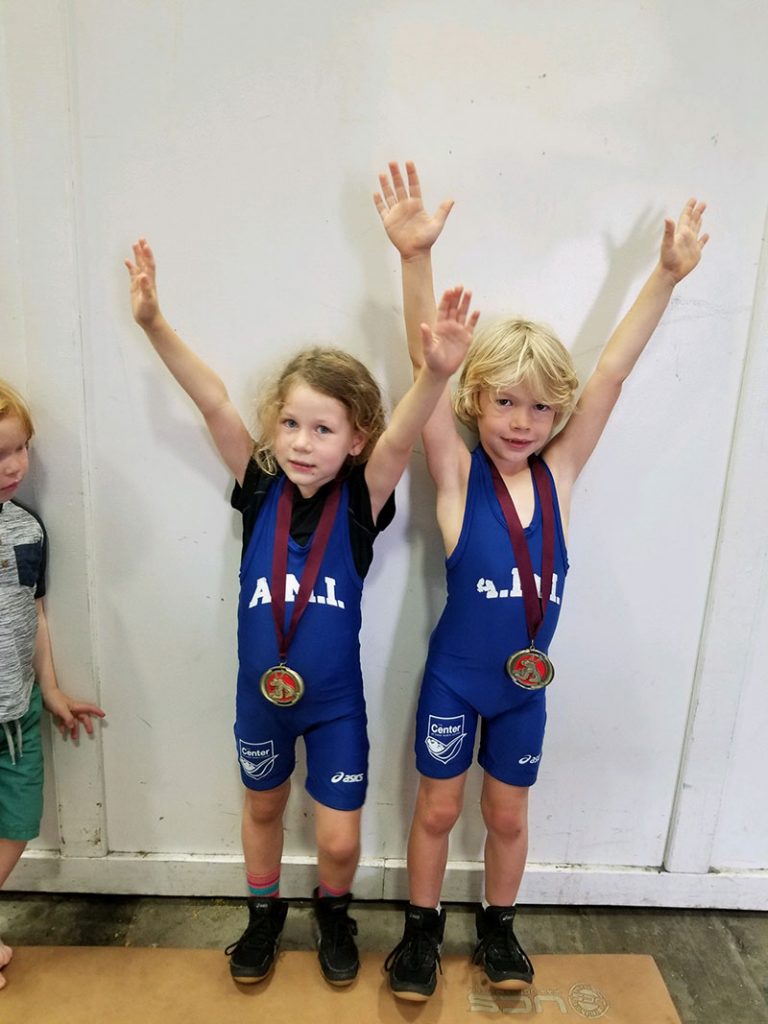 Regular-season action in the adult volleyball league at the Center of Anna Maria Island came to a close March 19 with five matches that decided the final seeds for the upcoming playoffs.

The final match of the night saw the Fin improve to 5-7 with a 25-20, 25-11 victory over Ace. The loss ensured the bottom seed for Ace, which set up a rematch with the Fin at 6:30 p.m. Tuesday, March 26, after press time for The Islander, and a chance to take on top seed Solid Rock Construction in the 8 p.m. semifinal that night.

Another semifinal match at 7:15 p.m. pit No. 2 seed Planet Stone against No. 3 seed Ugly Grouper.

Eight teams were whittled down to four after opening-round playoff action March 20 in the adult flag football league at the center.

No. 5 seed Hashmark Sports pulled a mild upset over No. 4 seed Ugly Grouper, while No. 6 Beach House Real Estate pulled off a stunner, outscoring No. 3 Gulfview Windows 26-20 in the evening’s second game.

Beach House now has its sights on No. 2 seed Lancaster Design in the first semifinal game at 6:30 p.m. Thursday, March 28, while Hashmark Sports is set to take on top seed Progressive Cabinetry in the second semifinal at 7:30 p.m.

The winners will battle for the league championship at 7:30 p.m. Thursday, April 4.

Golf action at Key Royale Club got started March 18 with the men playing a nine-hole, modified-Stableford system match. Dale Hudson and Wayne Patterson both carded plus-5s to finish in a tie for first place. Marty Hicks was one point back in second place.

Hudson was part of the winning team on a combined plus-4 with Larry Davis, Bill Merrill and Peter Solleveld.

The women’s Tuesday morning match was rained out, leaving the men’s March 21 scramble the final match of the week. The team of Gary Duncan, Jerry Martinek, Chuck Patrick and Dave Richardson combined on a 5-under-par 27 to earn clubhouse bragging rights for the day.

Two teams emerged from pool play and battled for the day’s supremacy during March 20 horseshoe action at the Anna Maria City Hall horseshoe pits. The team of John Crawford and Kevin Monahan rolled to a 21-12 victory over Jerry Disbrow and Bob Palmer to earn the day’s bragging rights.

Three teams advanced to the knockout stage in the March 23 action. The team of Donnie Goodwin and Palmer drew the bye and watched as Norm Langeland and Dom Livedoti cruised past Bob Brown and Gene Bobeldyk by a 22-5 score. The championship match was a barnburner with Langeland and Livedoti rallying for a 23-19 victory over Goodwin and Palmer — punctuated by a game-ending double-ringer by Langeland.

Spring soccer is getting started this week at the center with games played Tuesday nights starting April 2.

The center also is offering T-ball for kids 3-6 years of age. Cost is $10 for members and $96 for nonmembers and the last day to register will be April 6.

Skills clinics and games will be played at 6:30 p.m. Monday nights starting April 8.

Registration is online at centerami.org or in person at the center, 407 Magnolia Ave., Anna Maria.