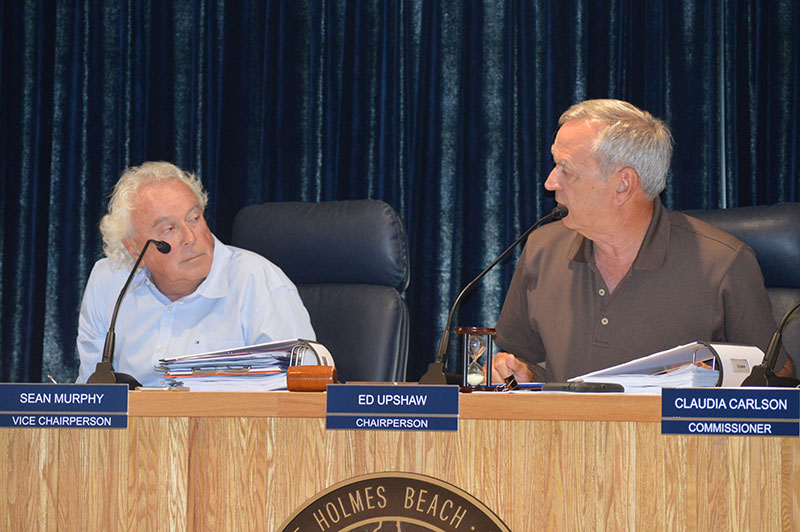 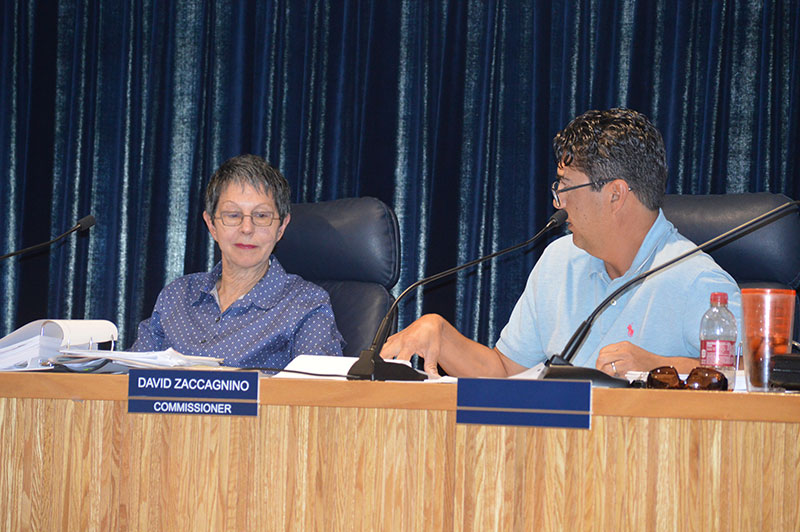 It’s one step forward, two steps back for the five members of the Holmes Beach Charter Review Commission.

At an April 4 meeting, commissioners unanimously voted to approve the first proposed charter amendment for the November ballot.

However, CRC members were split 3-2 on the topic of a city manager versus the current strong-mayor form of government.

A supermajority vote — at least 4-1 — is required for a charter amendment to be placed on the ballot for consideration by the electorate.

Commissioner Sean Murphy said April 4 he is concerned that switching to a city-manager form of government will affect the democratic process.

He added that he read the report on the study performed in 2018 by the form of government committee that concluded a city-manager form of government would be best for the city. However, he did not find the evidence statistically compelling.

CRC member Claudia Carlson disagreed with Murphy. She said Murphy and the CRC are limiting democracy by preventing citizens from weighing in on changing the form of government, referring to the 4-1 vote required for the ballot.

“The logic of that escapes me,” Carlson said, regarding Murphy’s statement. “I think that we’re here to give the citizens the right to make a choice. It’s not the job of this commission to decide for them what kind of government we have in this city.”

She said, under the current form of government, Mayor Judy Titsworth is the manager of a $16 million budget, and the only qualification for the job is two years of residency in the city.

She also said the committee has heard from people suggesting “you get what you pay for,” and the mayor should receive a higher stipend. She said she doesn’t understand why the city would pay a mayor more money, rather than hire a city-manager.

Additionally, she said the ad hoc committee report was a “good qualitative study” and should not be viewed for statistics.

Murphy suggested if Carlson would like the city to consider a city-manager form of government, she should gather signatures for a citizen initiative.

Zaccagnino related the change to his work in risk management. “Overwhelmingly, it’s not moving me to add that risk to our city,” he said. “I don’t want to give one person that much power.”

Carlson said she finds it riskier to elect an unqualified mayor to serve as manager of the city budget and operations.

CRC member Nancy Deal, who served on the ad hoc city government committee, said she was insulted by Zaccagnino’s allegation that the committee report was not objective.

Furthermore, Deal claimed Titsworth overstepped as mayor when she created and hired a new administrator — a director of development services — without confirmation by the city commission.

“It seemed to come out of the blue,” Deal said. “And to be honest, some people think it was an end-around to avoid having a city-manager.”

However, because the development services director is not a charter position, the mayor was able to create and fill the job.

Chair Ed Upshaw said the CRC is charged with reviewing the existing charter for options to be decided by the electorate, not to set policy.

He said residents have told him they want to vote on the form of government.

“If we don’t put this out in a well-worded, neutral document, what happens? It doesn’t die, it just gets kicked down the road,” he said, adding that if the city were to change the form of government, other parts of the charter also must be amended, which would require the formation of another charter review commission.

Murphy motioned that no changes be made to article 4 of the charter, which deals with the qualifications and powers of the mayor.

Carlson said it comes down to whether they allow the electors to vote on form of government.

“This is the biggest issue before this commission,” she said.

Murphy said citizens should elect a mayor, rather than be subjected to a city-manager.

“We have the best set of commissioners and best mayor I’ve seen in the 40 years I’ve been living here,” he said. “Something is working. Let’s leave it be.”

The motion not to change article 4 of the charter failed, with Murphy and Zaccagnino voting “yea,” and Carlson, Deal and Upshaw voting “nay.”

Attorney Thomas Thanus, filling in April 4 for city attorney Patricia Petruff, said that because the motion didn’t carry, article 4 is still up for discussion.

Also, city treasurer Lori Hill brought forward a charter amendment specifying budget amendments be approved by resolution instead of ordinance to save staff time and the cost of advertised hearings.

Thanus said he worked with Hill on a draft, stipulating budget amendments can be made by resolution if the annual budget is not increased and the amount of the amendment does not exceed $100,000.

The motion to approve passed unanimously.

“OK, we have our first proposed change to the charter,” Upshaw announced.

At its April 11 meeting, the CRC will discuss management for beach accesses.

The Holmes Beach CRC meets at 10 a.m. Thursdays through April at city hall, 5801 Marina Drive, with the April 25 meeting convening at 9 a.m.