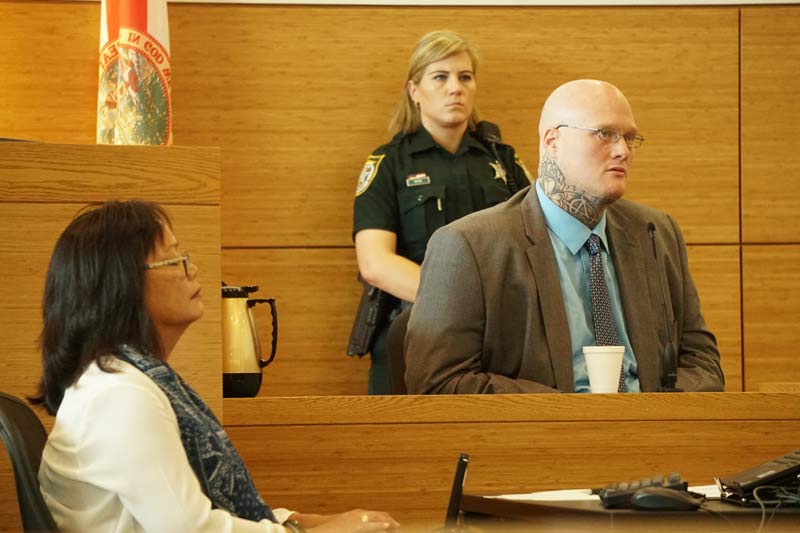 David Vickers testifies in his defense April 25 on charges in the death of a 17-month-old boy. A jury found Vickers, who lived at the time of the murder in Holmes Beach, guilty of in less than two hours of deliberations. Islander Photo: Kathy Prucnell 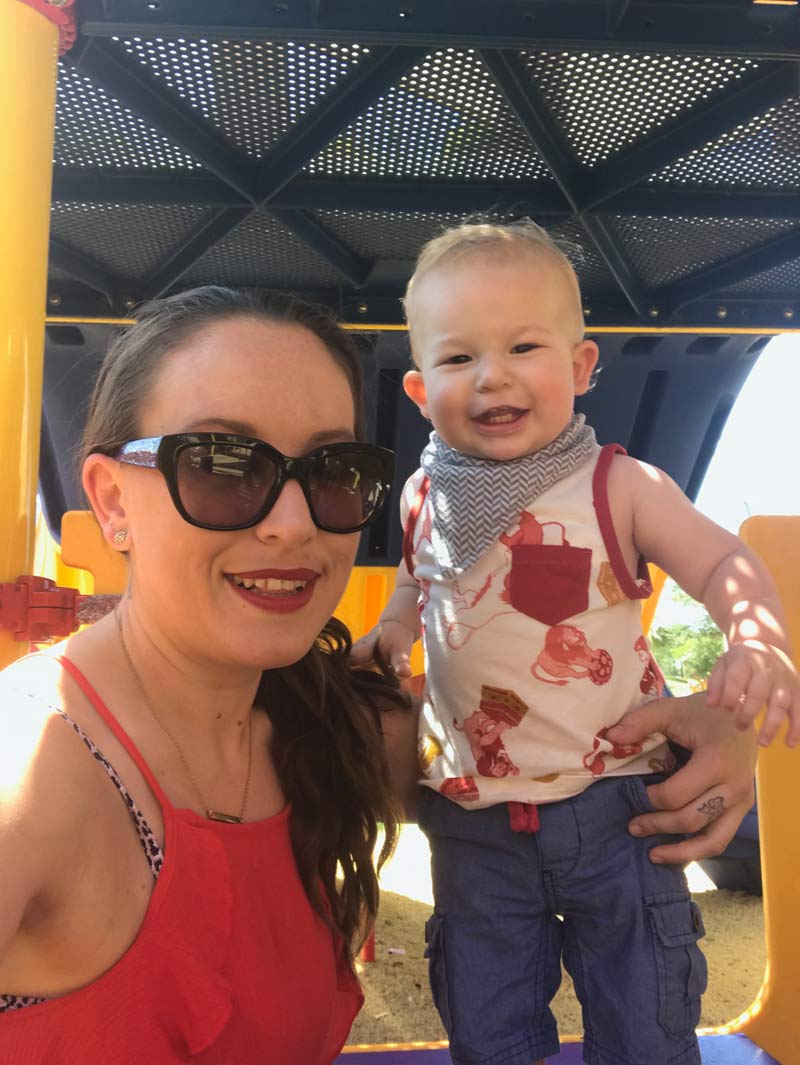 A jury found David Vickers guilty of second-degree murder and child neglect in the August 2017 death of a Holmes Beach toddler.

Luca Sholey was 17 months old Aug. 23, 2017, when he died from a lack of oxygen after suffering four broken ribs and other injuries to the chest, mouth, lips and ears, according to medical testimony at the trial.

Vickers was the only witness called for the defense. He took the stand and spoke softly.

Vickers lived at the time with girlfriend Melissa Wolfe and her children, Luca and his 3-year-old sister, in Donnie Wolfe’s apartment in Holmes Beach. Vickers moved in with them in June 2017.

Vickers testified that to save money, he offered to watch Luca and the daughter — that he fed and got the children ready for bed most nights.

Melissa Wolfe, who was looking for a caregiver, was working as a waitress six days a week, supporting Vickers and the children.

The defendant told the jury that at that time he was addicted to narcotics.

The evening of Aug. 21, 2017, Vickers said he took fentanyl and fell asleep on the toddler.

When he awoke several minutes later, he found himself on top of Luca, who was discolored and not breathing.

He previously told police he found Luca in his crib and told the jurors he’d lied because he was scared, afraid of going back to prison.

Vickers also said he loved Luca and never harmed him. The defense blamed some of the child’s previous injuries on an accidental fall down the stairs, but admitted Vickers was not “ready” to be a proper caregiver — on drugs and just out of prison.

The medical experts, however, concluded the injuries were consistent with abuse — such as the bruised chest, broken ribs, fingernails dug into his mouth and squeezed cheeks.

On cross-examination, Vickers admitted to contacting an old girlfriend the week the child died, fearing he would be kicked out of the family apartment despite plans to marry Melissa Wolfe, saying he had “a problem with fidelity.”

Vickers also acknowledged he videotaped Luca experiencing respiratory distress that day, but did not tell Melissa or the toddler’s father, who regularly inquired about the children, including that evening.

Vickers called 911 and attempted to administer CPR until a West Manatee Fire Rescue firefighter arrived and took over life-saving measures.

Luca was resuscitated, but later died in the hospital, according to trial testimony.

Vickers was arrested in October 2017 on charges of murder, neglect and aggravated manslaughter.

He has been in the county jail since his Aug. 24, 2017, arrest for a revoked driver’s license and possessing marijuana.

He was re-arrested Aug. 30, 2017, for stealing a laptop and stereo from Melissa Wolfe.

Vickers faces life in prison. A sentencing hearing is expected this month.

According to a news release from the state attorney’s office, the prosecutor plans to seek a sentence of life in prison as a reoffender.

“That’s what happens when you’re found guilty of killing a child,” Campoli said.

Vickers was a felon convicted of property-related crimes. He was released from prison May 18, 2017.

“The loss of a child is always tragic to the family and to the community,” Assistant State Attorney Dawn Buff said, adding how senseless it was to lose “a beautiful being.”

“It’s an honor to walk the family through the process and seek justice for Luca,” Buff added.

The prosecutors dismissed the aggravated manslaughter count after the jury verdict was announced.

“Guilty as charged,” said attorney Joe Campoli after the verdict, adding he believed the state had “a very strong case.” Campoli was Vickers’ trial attorney, appointed as a regional public defender.

Mom speaks out after murder verdict

Hearing the verdict was a bittersweet moment. My son finally got justice.

The trial was painful and hard but my family and I are eternally grateful to the state attorney’s office, the Manatee County Sheriff’s Office, the Holmes Beach Police Department and everyone involved in this case for all the compassion and dedication to achieving justice for my son.

We are beyond thankful to the jury for coming to the verdict that they did.

It restores my faith in humanity.

My heart goes out to (David Vicker’s) mother as well, in a way she lost her son too. She is a kind woman. And I know it was hard for her, too.

Right now, my family is still just trying to heal from the devastating loss of my son.