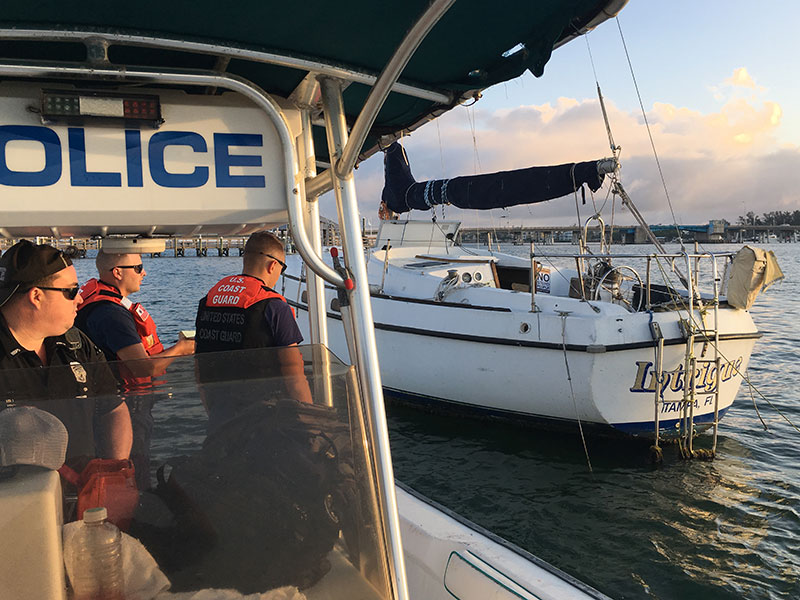 March 19, 100 block of Willow Avenue, fraud. Suspicious credit card activity began while a man was on a cruise beyond cellphone reception. The man’s bank denied the charges. When he returned, his cellphone wouldn’t work so he took it to an AT&T store, where he learned someone ported his number to T-Mobile. The man also discovered someone had tried to get a credit card in his name.

March 22, 200 block of Lakeview, traffic. While conducting a traffic stop, Manatee County sheriff’s deputies found two bags of a green leafy substance, weighing 8.6 grams. Due to the vehicle occupants’ cooperation, the deputies decided not to pursue charges. The substance was destroyed.

March 23, Bayfront Park, 400 N. Bay Blvd., drugs/trespass. A male passenger in a vehicle was arrested for possessing THC oil. Deputies noticed the odor coming from the parked vehicle, searched it and found a container of the controlled substance under the front passenger seat. The man was transported to Manatee County jail.

Anna Maria is policed by the MCSO.

March 23, 900 Gulf Drive S., recovered stolen vehicle. A 28-year-old man was arrested for stealing a vehicle from a Sarasota dealer, which had repossessed it for nonpayment. The man had an extra set of keys and took the vehicle without permission.

March 25, 200 Bridge St., theft. A boat owner invited a man and a woman to stay on his boat and they left their belongings aboard, including a wallet, beach bag, clothes and a cellphone. Later in the day, the couple reported the belongings were missing.

Bradenton Beach is policed by BBPD.

March 14, 12300 block of Cortez Road West, battery. A man and a woman argued. The woman threw a beer can at the man and hit his face. The woman was arrested for domestic battery.

Cortez is policed by the MCSO.

Street life is based on incident reports and narratives from the BBPD, HBPD and MCSO.