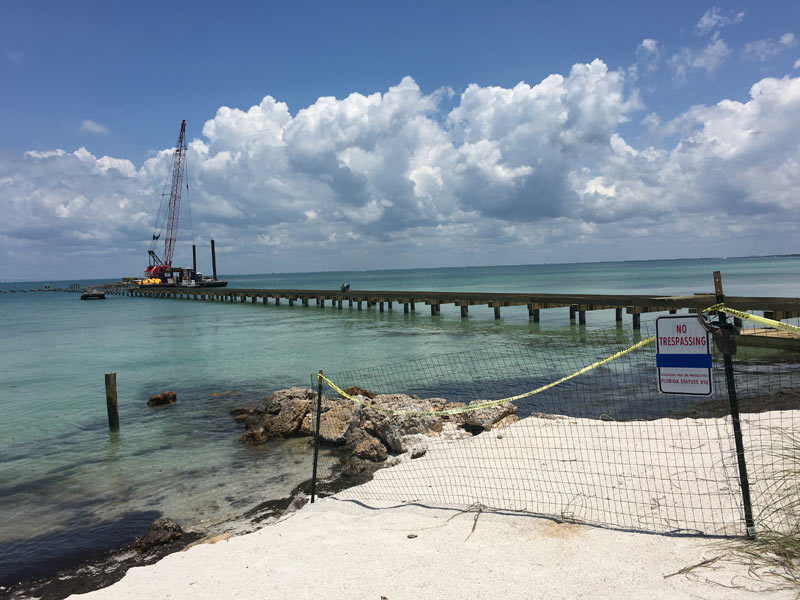 An i+iconSOUTHEAST employee works May 9 on installing stringers and utility lines in the walkway of the new Anna Maria City Pier. Islander Photo: Ryan Paice 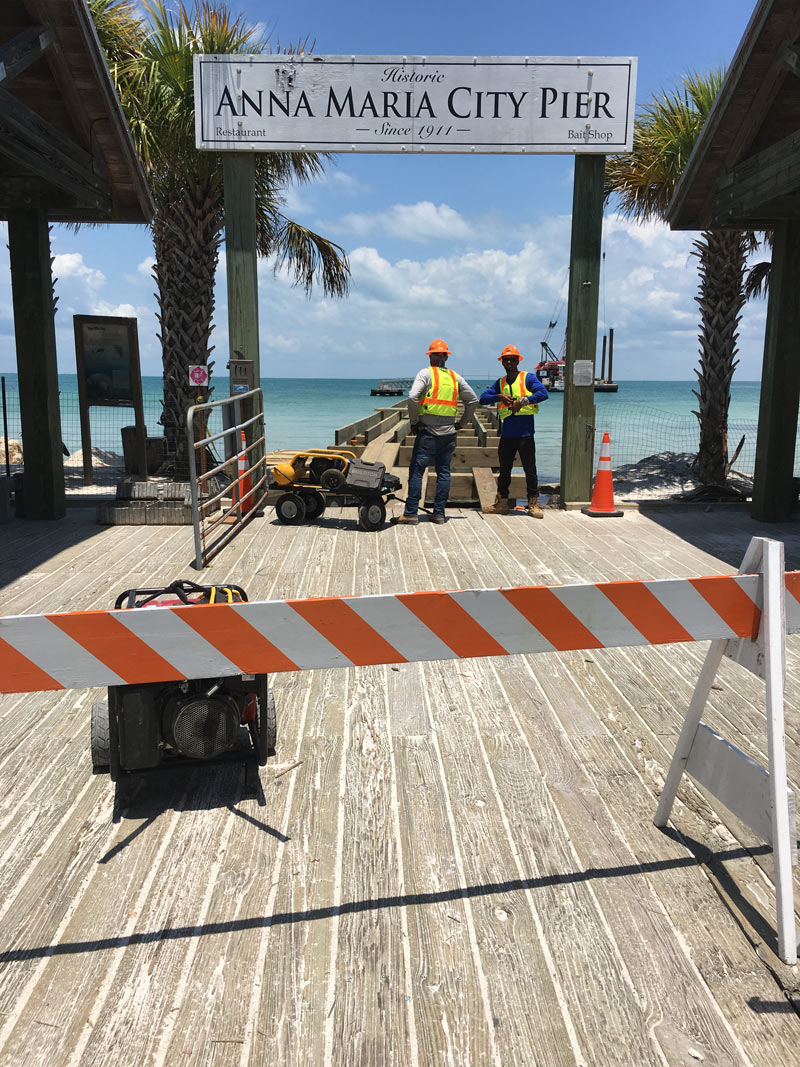 Icon employees haul generators to a staging area, the pavilion at the Anna Maria City Pier May 10, for construction of the pier walkway.

Murphy said Icon will spend one-two weeks installing stringers, vertically set support planks laid the length of the walkway, as well as utility lines for communication, water, gas and electricity between the planks.

The utility lines will be secured to the stringers with stainless steel straps and covered with ipe wood decking once complete.

Murphy displayed a picture of the damaged old pier, remarking that the city dealt with frequent maintenance issues with the old utility lines because of movement due to tides.

Next, he showed a photo of the progress on the new walkway, with bents set and stringers and utility lines being laid.

The mayor said the new stainless steel straps would limit the movement of the utility lines, securing them from damage.

“It’s a vast improvement from where we were,” Murphy said.

Remaining materials, including the concrete decking for the T-end and ipe decking for the walkway, will be delivered to the Kingfish Boat Ramp in Holmes Beach in the next couple of weeks. From there, the materials will be loaded onto Icon’s barge.

After delivery and the setting of stringers and utility lines, Icon will install the concrete decking at the T-end.

Murphy said the work will involve setting large blocks of concrete and installing a junction box in the base of the decking for the restaurant and bait shop to use to access utility lines.

The city issued a request for proposals to construct the restaurant and bait shop at the T-end after Icon finishes constructing the walkway and T-end structure.

The city began building a new pier after tearing down the 106-year-old pier in 2018. The structure was destroyed by Hurricane Irma in September 2017.

The mayor said the concrete placement requires good weather and still waters because precision is needed to place the concrete from the barge-set crane. He couldn’t estimate how long the step would take.

The final stage of construction involves the installation of ipe decking along the walkway and on top of the concrete deck at the T-end.