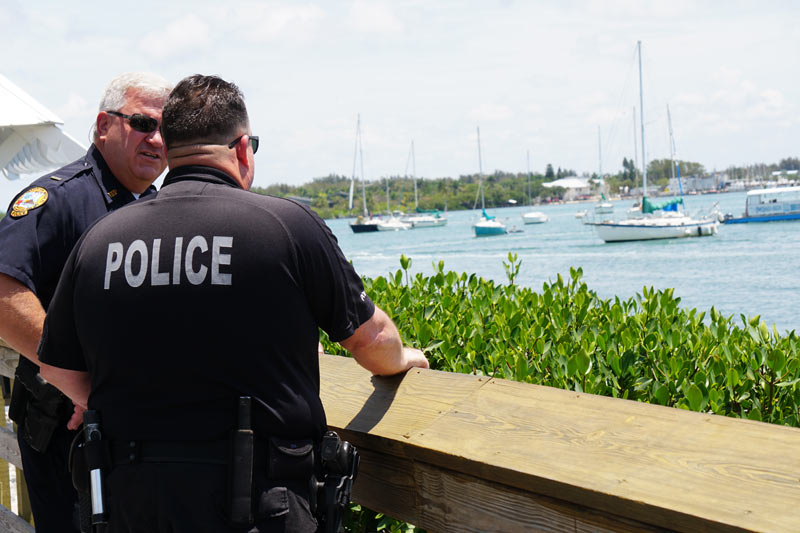 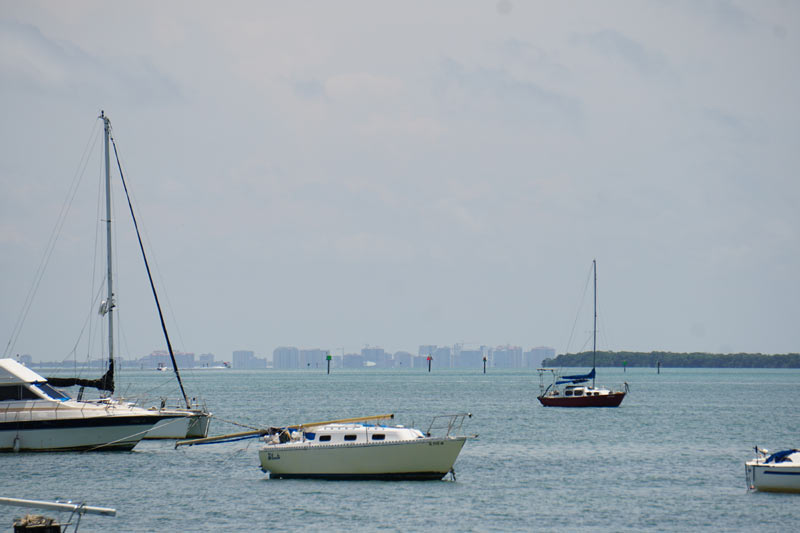 A vessel belonging to John Avery of Bradenton lists in Bradenton Beach anchorage. Authorities cited Avery for an open vessel taking on water without means to dewater and also for failing to maintain necessary lights.

Not only do residents and businesses complain about unsightly vessels, so does the cruising community.

“From our perspective, derelict vessels are a problem — as are the parked ones that often become derelict,” said Kim Russo, president of the Great Loop Cruisers Association, with more than 4,000 members, many who winter in Florida. Vessels without occupants crowd the available space for boaters who wish to anchor for the night, legally empty their tanks and move on, she added.

To combat the problems, Florida Fish and Wildlife Conservation Commission drafted new policies, which were disseminated at an April 18 meeting targeted for law enforcement interested in the issue, including the Bradenton Beach Police Department.

“Each municipality has their own unique set of issues … and is determining what’s best for them,” said Justin McBride, West Coast Inland Navigation District executive director.

Cosby heads the abandoned and derelict vessel removal program in Bradenton Beach, overseeing the removal of about 40 boats from the anchorage south of the Historic Bridge Street Pier since 2011.

The anchorage currently contains about 45 boats, many of which have no occupants.

Under the current ordinance, Bradenton Beach police must send certified mail for derelict boats, where ownership is known, and owners have 21 days to ask for a hearing. If no hearing is requested, they have 45 days to remove the vessel.

Vessels with no registered owner are classified as abandoned, tagged and owners must claim their boats within five days, after which the city can begin the removal process.

Cosby wants to expedite the derelict vessel process and believes the shortened waiting period will help, but first the city must enact changes to its current ordinance.

In addition to the local ordinance, BBPD officers may suggest charges under state law.

Cosby said while patrols, citations and reports will continue, BBPD won’t tag vessels for removal until the city ordinance aligns with the new FWC recommended procedures.

Bradenton Beach City attorney Ricinda Perry, who is preparing a draft ordinance said May 8 she is not sure when the proposed will be ready for commission review.

Meanwhile, two boats in the anchorage that have been lingering “for a long time” — a white Catamaran known as the ghost ship and a yellow cabin cruiser, “the largest one out there,” will be handled by the FWC, Cosby said, sparing the city the costs.

The city receives annual funding to remove abandoned and derelict vessels from West Coast Inland Navigation District through a partnership with Manatee County.

As of May 10, the city had $34,800 in its coffers for removal operations. Although Cosby expects an additional $25,000 in October, he doesn’t like to deplete the budget before hurricane season begins June 1.

In the past, N.E. Taylor Boatworks of Cortez has towed, dismantled and disposed of the vessels at average cost of $5,000 per boat.