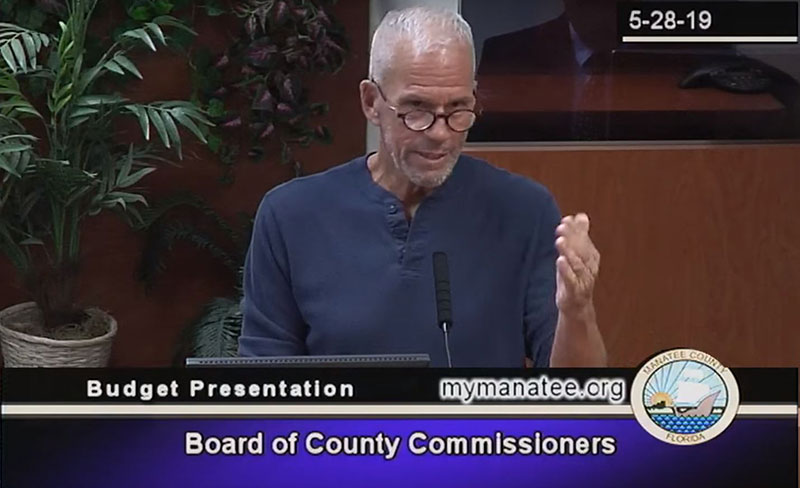 Manatee County’s plan to remove more than 100 Australian pine trees at Coquina Beach in Bradenton Beach came to a halt.

Chappie read from an email he sent May 24 to county administrator Cheri Coryea, asking county commissioners to save the trees along Coquina Beach parking lots and an access road, and to explain the plan at a city commission meeting.

“The city of Bradenton Beach is adamantly opposed to the trees being removed,” said Chappie, a former county commissioner. “We are extremely hopeful the county will not follow through on such a disturbing act that would change the character of Coquina Beach.”

The trees were slated for removal in a drainage improvement project that involves installing an underground drainage system, and laying pervious concrete for the access road and parking area.

A 10-inch excavation for curbing for a new access road would harm the trees’ surface roots and leave them in dangerous condition, according to a certified arborist hired by the county.

So the county planned to have Woodruff and Son, its contractor on the project, remove the trees May 25-May 26, without a plan to replace the shade-providers.

Coryea said the removal would remain on hold until county staff can review options, with a presentation of a report as soon as possible.

Coryea said the arborist who said the trees should be removed revisited Coquina twice after and the assessments would become available in the staff report.

Jan Vosburgh, a former Bradenton Beach city commissioner, said in a May 29 interview with The Islander that she usually criticizes “tree-huggers” but she supported the effort to find an alternative and save the trees. She said she used to walk the Coquina Beach Trail daily before she injured her back.

Vosburgh said the drainage improvement project is “badly needed” to relieve flooding issues at the beach parking area, but flooding at the beach isn’t as bad now.

“Even though my logic is that I think (the Australian pines) cause a lot of damage, since there are no homes there, I think they should take another look at it and save as many trees as they can,” Vosburgh said. “But, if it’s necessary, cut the trees.

“But I think it definitely needs shade over there,” she continued. “It does get really hot there.”

Past removal pushes and protests

The county previously encountered backlash in May 2007, when it removed more than 80 Australian pines during a reconfiguration of Coquina parking lots after a gang-related shooting at the beach.

Six demonstrators protested the removal of the trees then, including several who chained themselves to the trees.

Then, in August 2007, around 70 Australian pine trees were cut to make way for the county-led construction of the Coquina Beach Trail. Many of those trees were replaced with native plants, according to The Islander archives.

“These Australian pines and this situation with them is not a new situation, and it is obviously one we need to tackle and accomplish something,” County Commissioner Vanessa Baugh said May 28. She suggested the county explore options for replacing the pine trees.

County Commissioner Carol Whitmore, who lives in Holmes Beach, said if the Australian pines are to be replaced, she would like to see shade trees not palm trees added.

“I don’t know anything else about those trees except that they provide shade, and from what we saw this weekend, shade is invaluable,” County Commissioner Betsy Benac said, referring to the heat. “I certainly would want to do everything I can to save the shade.”