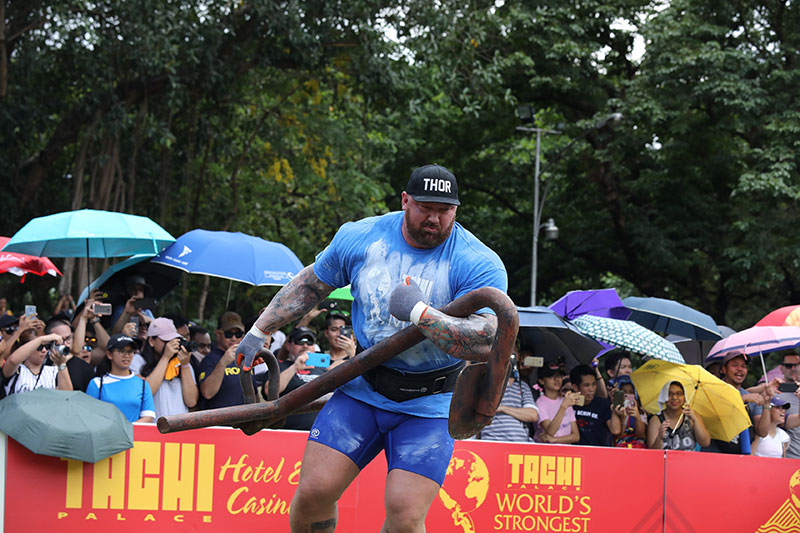 Halfthor Bjornsson competes in the World’s Strongest Man contest in 2018. He will participate in the 2019 competition in Bradenton, Bradenton Beach and Holmes Beach June 13-16 in coordination with the Bradenton Area Convention and Visitors Bureau. A news release stated that “25 of the world's best will now compete for this year's crown over a progressive four-day schedule.” Plans include three days of qualifiers and a one-day final. For more information, go online to theworldsstrongestman.com. Islander Photo: Courtesy IMG 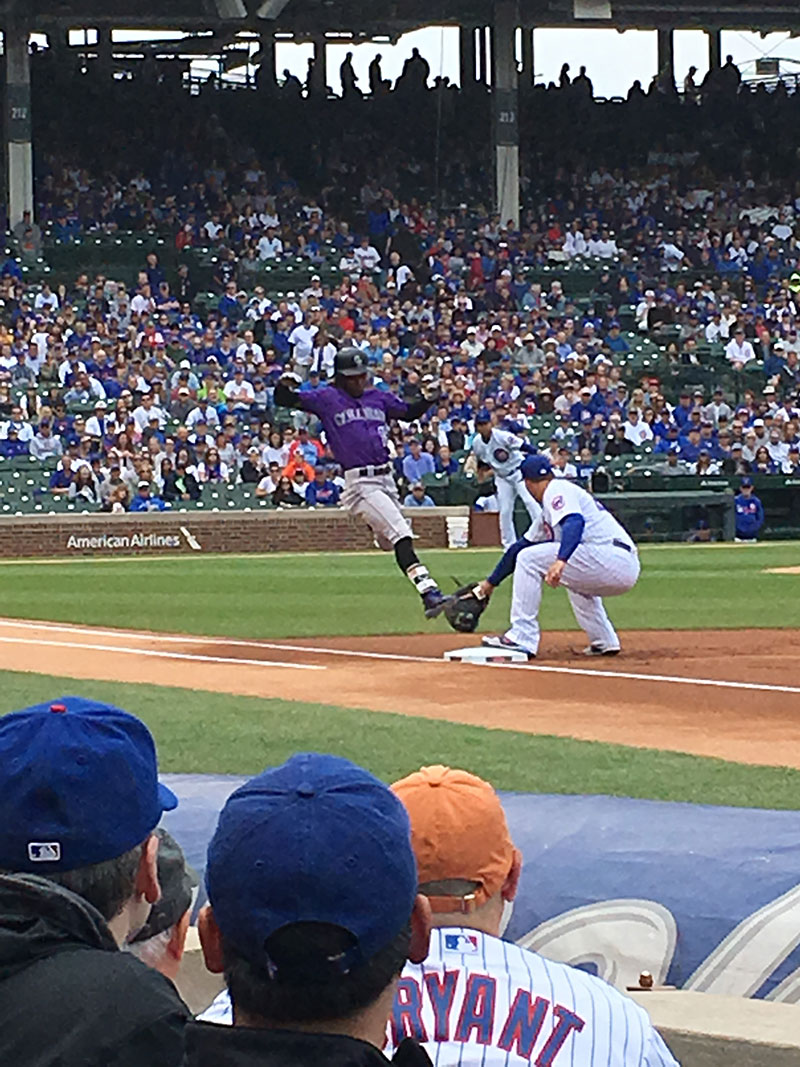 A Colorado Rockies player was initially called safe but, if you look closely, the ball already is in Cubs first baseman Anthony Rizzo’s glove. Manager Joe Maddon challenged the the call, which was overturned during action June 6 at Wrigley Field in Chicago. Islander Photo: Kevin P. Cassidy

I’ll be beaching it with a good book or two, completing some household projects and searching for sports action.

This weekend, things will heat up with the World’s Strongest Man competition in Bradenton and at the public beaches on Anna Maria Island — and I expect to be in on that action.

My summer got off to an early start with a flight to Chicago to transport Jack, an 8-week old Mastiff puppy, and attend my nephews’ graduation ceremonies, along with sisters Mo Cassidy and Theresa Cassidy Collins, who came up from Florida and niece Ericka Collins, who flew in from Washington, D.C.

Daniel and Ethan Cassidy Silets finished eighth-grade, while Joshua Cassidy Silets graduated from high school and soon will be attending the Illinois Institute of Technology.

And anytime I make it to Chicago, attendance at a Cubs games is a must, and this time was no different. Many thanks to my sister, Illinois state Rep. Kelly Cassidy and wife Candace Gingrich for their hospitality and for providing great seats at the game along with access to the Makers Mark Barrel Room.

As for summer content, please help this writer through summer, and send notices of sporting events throughout the season.

Happy summer to everyone!

After eight weeks of action, the standings are tight at the top for teams in the adult soccer league at the Center of Anna Maria Island.

Gulfview Windows and Doors continues to lead the pack with a 6-1-1 record, but Duncan Real Estate is on their heels with a 6-2 record. Ross Built sits in third place with a 5-2-1 record with Flynn Law at 5-3 and Blalock Walters at 4-3-1 right behind. Jiffy Lube holds down sixth place with a 4-4 record, just ahead of seventh-place Sato Real Estate at 3-4-1. Solid Rock Construction follows with a 3-5 record, while Beach House Real Estate at 2-6 and Moss Builders at 0-8 complete the standings.

Action June 6 kicked off with Flynn Law rolling to a 4-0 victory over Blalock Walters behind a goal and an assist from Tyler Robinson and goals from Chris Culhane, Kevin Roman and Lexi Sato. Josh Bernet and Olaf Krause contributed assists, while Mark Rudacille made nine saves for the shutout.

Scott Rudacille made 13 saves in goal to lead Blalock Walters in the loss.

The second match of the evening saw Duncan Real Estate roll to a 7-3 victory over Moss Builders behind six goals from Joey Hutchinson. Clancy Vaughan added a goal to the victory, while Trey Horne made seven saves.

Diego Felipe scored two goals to lead Moss Builders, which also received a goal from Jake Parsons and nine saves from Scott Bear in the loss.

Gulfview and Ross battled to a 2-2 tie in the night’s third match. Gulfview was led by Keith Mahoney’s two goals and 10 saves from Jordan Demers. Connor Bystrom and Vince Circharo scored a goal each to lead Ross Built, which also received an assist from Chris Klotz and eight saves from John Hagerty in the loss.

Adam Bujarski scored the lone goal and Cliff Powell had six saves to lead Beach House in the loss.

Key Royale Club action teed off June 3 with the men playing a nine-hole, modified-Stableford System match. Terry Schaefer earned clubhouse bragging rights with a score of plus-7, edging Bill Brodie by a point.

The women played a nine-hole, individual-low-net match in two flights. Lori Waggoner took Flight A with a score of 2-over-par 34 to edge a trio of players — Margrit Layh, Debi Wohlers and Carol Duncan — by one stroke.

Sue Wheeler, with a chipin on the ninth hole, and Roxanne Koche both carded 2-under-par 30s to finish in a tie for first place in Flight B. Amy Tripp and Terry Westby a shot back, tied for second place.

The men were back on the course June 6 for a nine-hole scramble. The team of Gary Alvord, Bill Brodie, Ken Nagengast and Marie Taddeo combined on a 5-under-par 27 to earn clubhouse bragging rights for the day.

Two teams met in the finals after advancing from pool play during June 5 horseshoe action at the Anna Maria City Hall horseshoe pits.

The team of Steve Doyle and Sam Samuels jumped out to an early lead and held on for a 21-5 victory over Tim Sofran and Neil Hennessey.

There was no need for a playoff to decide a champ June 8, as Hank Huyghe and Rod Bussey were the outright winners on posting the lone 3-0 record during pool play.