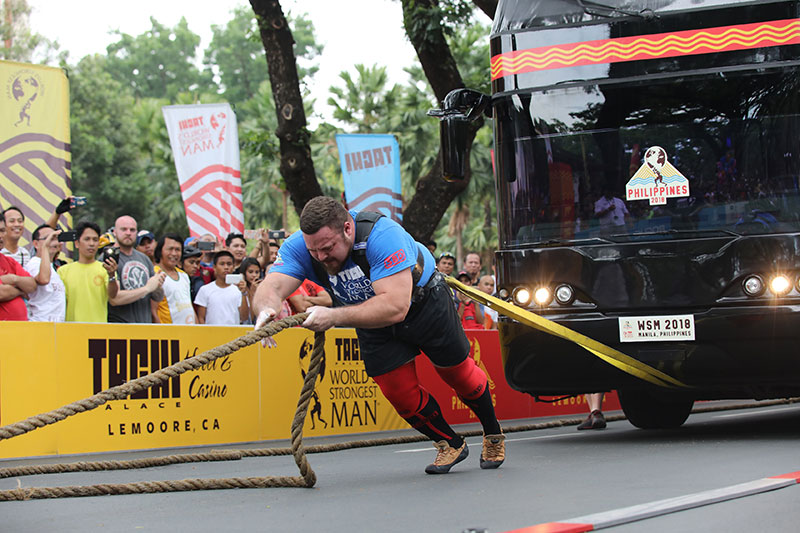 Adult soccer tops the scoreboard this week with nine teams producing action on the pitch at the Center of Anna Maria Island.

After six weeks of action in the adult league, Gulfview Windows and Doors, with six wins and no losses, is running away with the regular season and the top seed. Blalock Walters follows with a 3-2-1 record, which puts them just ahead of Jiffy Lube, Ross Built, Flynn Law and Duncan Real Estate which are all 3-2 and tied for third place, although Blalock Walters has a game in hand. Solid Rock Construction is alone in seventh place with a 3-3 record with Sato Real Estate in eighth place at 2-3-1, followed by ninth place Beach House Real Estate at 1-5 and Moss Builders at 0-6.

Blalock Walters opened play May 29 with a 7-2 victory over Beach House Real Estate behind three goals from Stephen Perry and two goals from Matt Skaggs. Alex Breitinger and Greg DeMeuese each added a goal, while Scott Rudacille made nine saves in the victory.

Nick Bouchard and Ryley Moore scored for Beach House, which also received seven saves from Cliff Powell in the loss.

Gulfview rolled to a 5-2 victory over Moss Builders in the second match behind two goals and an assist from Keith Mahoney and two goals and three saves from Jason Chiofalo. Jose Urbiola chipped in with a goal and Ashley Friszman had an assist in the loss.

The third match of the evening saw Solid Rock Construction outscore Jiffy Lube 6-5, getting three goals from Eric Pullen and two goals from Yuri Pereira. Drew Jacobsen completed the scoring for Solid Rock with one goal in the victory.

The last match of the night saw Duncan Real Estate earn a 5-3 victory over Sato Real Estate behind a hat trick from Joey Hutchinson and two goals from Cole Peterson. Trey Horne made eight saves for the victory.

Zach Lieb, Lyn Clarke and Murat Akay scored a goal each to lead Sato, which also received nine saves from Jason Sato in the loss.

The team of Carol and Gary Duncan, Billie Jean Penson and John Kolojeski combined on a net score of 24.2 to take first place. Second place went to the team of Janet and Gary Razze and Roxanne and Bill Koche with a score of 24.4. The third place team, Kathy and Charlie Porter, Brett Lance and Scott Childress, was another two-tenths of a stroke back at 24.6.

After the fun on the course, the participants enjoyed refreshments along with hot dogs, burgers and chicken sandwiches from the grill.

The women took to the course May 28 for a nine-hole individual-low-net match in two flights.

Jana Samuels’ birdie on the sixth hole helped her capture Flight A with a 3-under-par 29, while Carol Duncan and Pam Lowry finished in a tie for second place at even-par-32.

Pam Alvord and Ellen Boin both carded 4-under-par 28s to tie for first place in Flight B. Amy Tripp was alone in second place with a 2-under-par 30.

Two teams advanced to the knockout stage and battled for the May 29 championship during horseshoe action at the Anna Maria City Hall horseshoe pits.

Sam Samuels and Steve Doyle were the last team standing after a 24-8 victory over Rod Bussey and Norm Good.

The June 1 games also saw two teams advance to the finals after posting 3-0 pool play records. Tom Skoloda walked his way to the winner’s circle with a 22-7 victory over Hank Huyghe and Jerry Disbrow.

There is no fee to play and everyone is welcome.

Coaches for the camp include three-time All-American setter Evelyn Long and Katy Roadman, who have a collective 10 years coaching at club, high school and collegiate levels.

Long, who was the assistant women’s coach and head men’s coach at Lancaster Bible College, now lives in the area and works for Solid Rock Construction.

Roadman comes from a volleyball family, with two of her sisters playing in college. She suffered a knee injury in high school and continued her volleyball career by coaching.

Roadman coached at Temple Christian School, an A1 school in Titusville, and also spent time on the Temple University staff. She since has coached the Ignite Volleyball Club at Merritt Island and moved to the Tampa area to coach the Wharton High School JV team.

The camp sessions will be indoors, in the center gym.

Registration is online at centerami.org.

And indoor soccer for kids

Youth soccer enthusiasts face a June 8 deadline to sign up for the summer indoor soccer league at the center.

Games will be played in the air-conditioned gym starting at 6 p.m. on Tuesdays and Wednesdays.

Register online at www.centerami.org or at the center, 407 Magnolia Ave., Anna Maria.

Strongest man coming to an island near you

The World’s Strongest Man competition returns to the United States after three years abroad and will descend on Manatee County June 13-16.

The event moves to Coquina Beach June 14 and then to the Manatee Public Beach — or the PB as it is known by locals.

There will be five events in the qualifying round and all of the groups will compete in the same five events. Events include the truck pull, super yoke and farmer’s walk medley, overhead press, deadlift and last-man standing.

The finals will be at the Manatee beach, and will include a loading race, deadlift hold, overhead press, squat lift and the atlas stones.