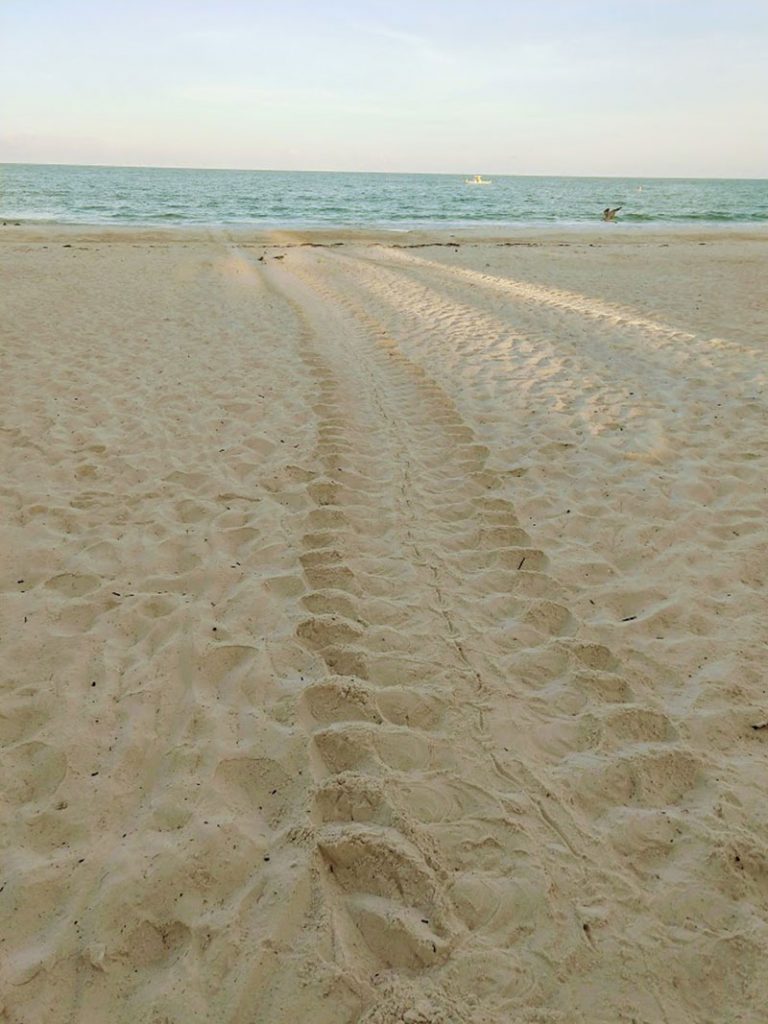 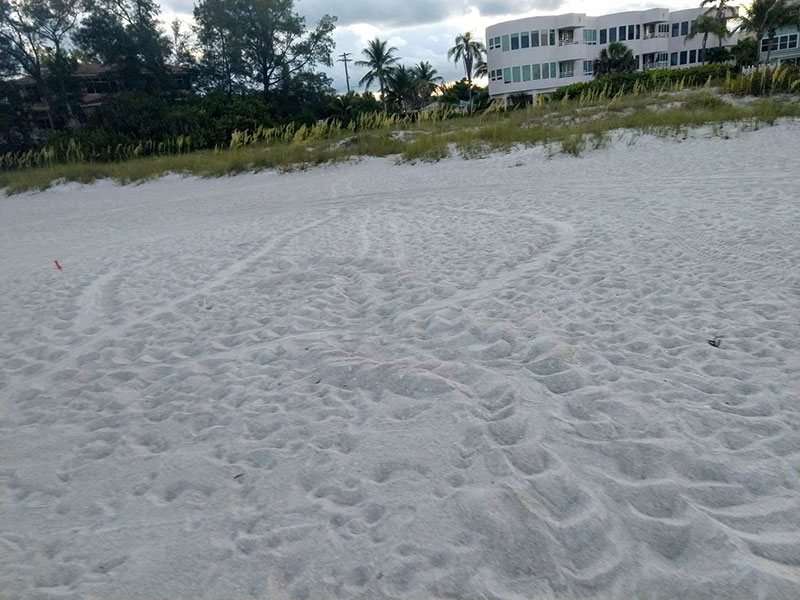 Curled loggerhead tracks June 3 indicate a false crawl at Manatee Public Beach. “A false crawl is where a turtle comes onto the nesting beach and does not nest,” says Suzi Fox, executive director of AMITW. “People need to stay 100 feet away and stay silent if they come onto a nesting sea turtle.” Islander Photo: Courtesy Suzi Fox 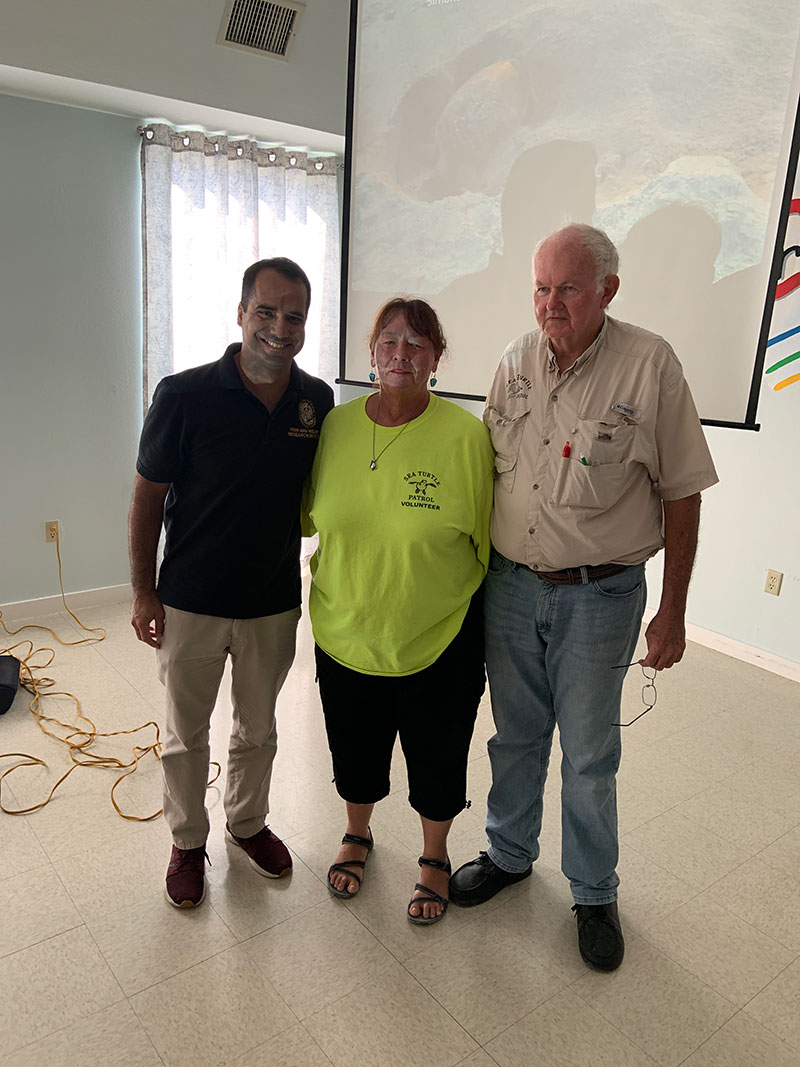 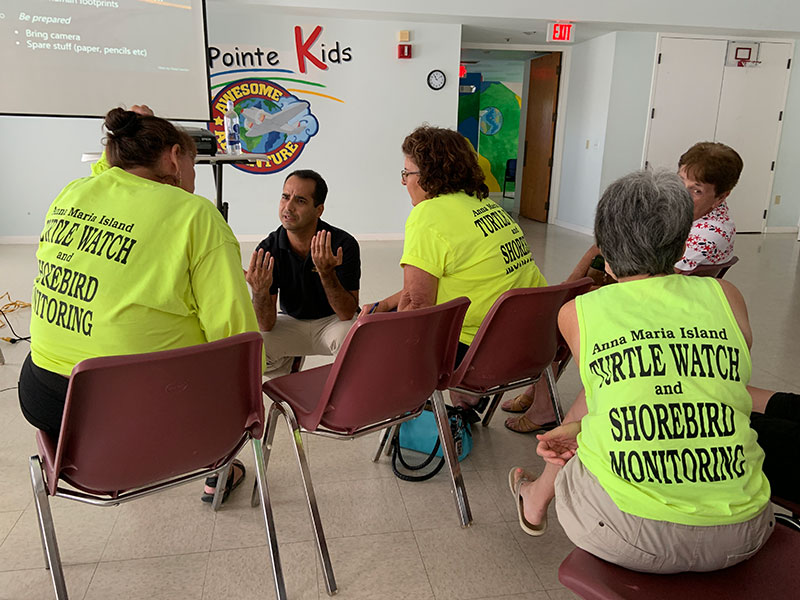 Don’t be an intruder.

This could be a banner season for sea turtle nesting in Florida, but the need to educate people intruding on sea turtles remains paramount.

“I think what’s happening is people are running after them with their phones” to take photos or video, Suzi Fox, executive director of Anna Maria Island Turtle Watch and Shorebird Monitoring said June 6 before the most recent Turtle Talk series at CrossPointe Fellowship in Holmes Beach. “People need to stay 100 feet away and stay silent if they come onto a nesting turtle.”

Fox said turtle watch volunteers spotted a number of false crawls from the Manatee Public Beach southward to 26th Street in Holmes Beach. False crawls are when a sea turtle comes onto a nesting beach but aborts nesting.

“I consulted with FWC staff and we concur that this is only caused by people walking up to turtles on the beach at night,” Fox said.

Only females come ashore, and only to nest. It is strange territory to the sea turtles and distractions can easily send them retreating, back to the Gulf of Mexico.

Also speaking at the Turtle Talk June 6 was Luciano Soares, a research scientist with the Florida Fish and Wildlife Conservation Commission. He suggested AMITW identify hot spots where nesting false crawls occur and take action from there.