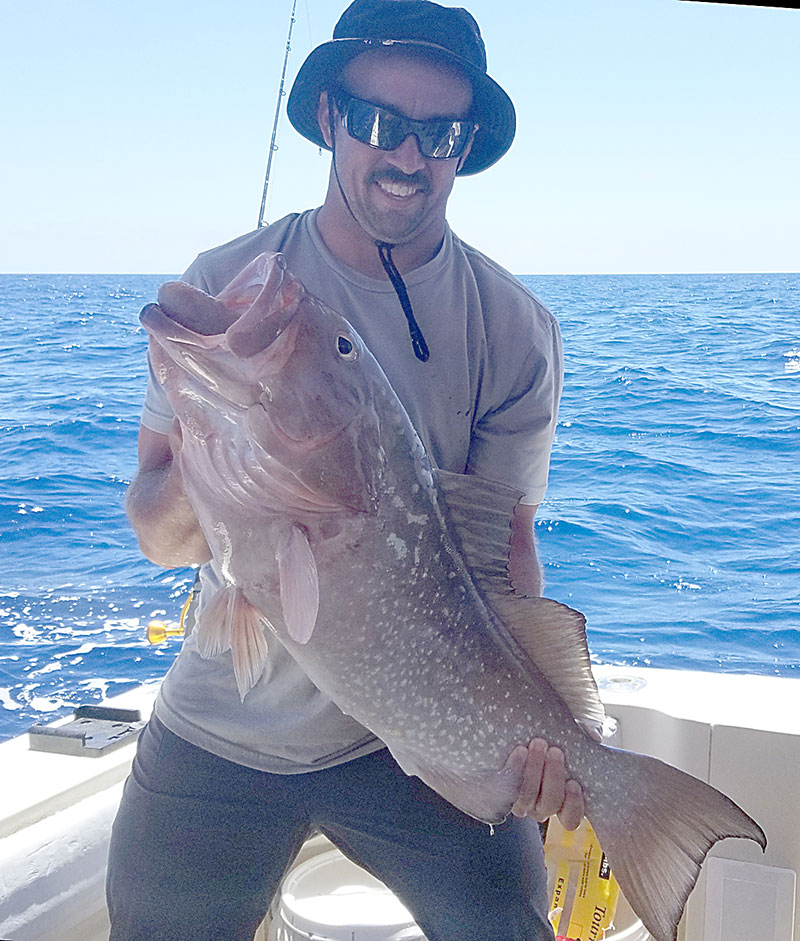 With water temperatures in the mid- to upper-80s, the summertime bite is settling in nicely around Anna Maria Island.

Early morning catch-and-release snook fishing is worthwhile, as many schooley-size males are on the flats, feeding before they migrate toward the beaches and passes to spawn.

Catch-and-release spotted seatrout action is maintaining good levels as the water temps rise. Fishing deeper grass flats in 6-10 feet of water is producing decent action on fish 12-18 inches. Larger trout — exceeding 20 inches — are found on the shallower flats. A lot of times they can be found mixed in with the snook bite.

As for the redfish — also on the catch-and-release list from the Florida Fish and Wildlife Conservation Commission — I’m not seeing many on the hook.

And I’m also not hearing about many catches. I am picking up an occasional red while snook fishing, although specifically targeting reds is proving unsuccessful — at least by the standards of what we normally see in our waters.

Moving out to the beaches, tarpon are being caught when the winds are light. Calm seas are imperative when fishing the beach. When the conditions are good, tarpon fishing can be the finest found on the coast. Live crabs and threadfin herring are producing this bite.

Moving offshore, recreational anglers are heading out deep to target American red snapper. American reds opened June 11 for recreational harvest. The season will close July 12, so hope for good weather. So far, fish are being reported in abundance. In fact, when the snapper bite is on, folks can’t catch anything else.

Moving away from the snapper-infested offshore areas is yielding mangrove and yellowtail snapper, as well as gag and red grouper.

On my Southernaire charters, I’m spending time with my sport fishers on catch-and-release snook and trout. Both are being caught in good numbers while fishing the vast expanse of grass flats that exist in Tampa Bay and the surrounding waters.

Fishing structure in Tampa Bay is OK for Spanish mackerel. Some days the fish are in abundance, while other days the bite is sporadic. Meanwhile, structure fishing is yielding mangrove snapper. These tasty fish are ranging 10-20 inches, with most 12-14 inches.

Lastly, targeting gag grouper on shallow-water structure is resulting in some keeper-size fish, as well as numerous juveniles.

Capt. Aaron Lowman is managing to put clients on a respectable amount of gag grouper while fishing structure in Tampa Bay. Both live bait presentations and trolling with lipped plugs are yielding results for Lowman’s anglers.

Fishing structure in Tampa Bay for snapper and mackerel also is producing action. For these fish, live free-lined or fresh-cut shiners are working well. When the snapper are less active, Lowman is using a knocker rig to get the bait down to the fish.

Moving to the grass flats is another option for Lowman’s charters, where they can reel up numerous catch-and-release snook and spotted seatrout.

And then there’s tarpon. On the calmer, less windy days, Lowman is in pursuit of the silver king — cruising the beaches and passes for the much sought-after hookup and trophy photo.

Capt. Warren Girle also is fishing tarpon, although, due to strong southwest breezes, he says most action for him is occurring inside Tampa Bay rather than along the shoreline. These “bay” tarpon are still apt to eat a bait, although at times they can be a little harder to locate. That being said, Girle is putting his clients on fish.

While hunting tarpon, Girle also is working the flats for catch-and-release species — snook and trout. Both are being caught in good numbers. There are even a few reds mixed in, too.

While waiting on good weather to venture offshore, Capt. David White of Anna Maria Charters is putting clients on numerous American red snapper and red grouper. For bait, dead sardines and threadfin herring are resulting in some great action. Mixed in are a variety of fish, including mangrove and yellowtail snapper, as well as some large African pompano.

Moving inshore, tarpon fishing is still going strong for White. On the less windy days, when seas are calm, he’s producing a bite by casting live crabs to schooling fish.

Occasionally, he’s hooking up on a fly.

Capt. Jason Stock is taking a break for a couple of days from tarpon fishing due to strong winds, rough seas and fast-moving thunderheads. That being said, he now has time to concentrate his efforts on shallow-water gag grouper. Fishing structure in Tampa Bay is producing some keeper-sized gags, as well as some juveniles for Stock’s clients. For bait, Stock is using live baits — pinfish, shiners and grunts.

Shark fishing in Tampa Bay is another pastime Stock enjoys. Blacktips and spinner sharks are accommodating, along with some bulls and hammerheads.

Jim Malfese at the Rod & Reel Pier says catch-and-release snook are keeping the pier fishers busy. Beefed-up tackle with heavy braided line and strong leaders are needed to wrestle these 36-inch plus fish out from under the pier deck. Combine this setup with a large, live pinfish or a tasty little ladyfish and hang on tight. These big snook don’t play around.

Random schools of jack crevalle are notorious for frequenting the pier. These are a great action fish due to their superior strength — especially on light tackle.